An expedition off the coast of Florida will explore a mysterious sinkhole that extends 425 feet beneath the ocean floor.

Next month, the National Oceanic and Atmospheric Administration (NOAA) will explore the crevasse, an underwater sinkhole referred to as a ‘blue hole’, for the first time.

The contents of blue holes are still fairly mysterious as are their frequency and typical location. According to the NOAA, their depth and structure can also make them difficult to access. 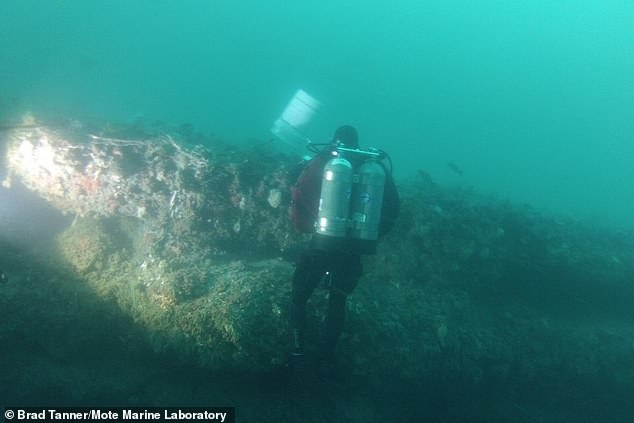 ‘The opening of a blue hole can be several hundred feet underwater, and for many holes, the opening is too small for an automated submersible,’ the NOAA writes,

‘In fact, the first reports of blue holes did not come from scientists or researchers, but actually came from fishermen and recreational divers.’

The NOAA says that the year-long expedition will being in August and explore a 425-foot deep blue hole known as Green Banana – the sinkhole is located 155 feet below the surface.

The team will include scientists from Mote Marine Laboratory, Florida Atlantic University, Georgia Institute of Technology and the U.S. Geological Society.

While the content will remain a mystery until the expedition has been completed, prior studies have shown that they can contain a diverse range of biological life.

A blue hole about 30 miles off Sarasota known as ‘Amberjack Hole’ was explored in 2019 and was found to be an ‘oasis in an otherwise barren seafloor’ according to the NOAA. 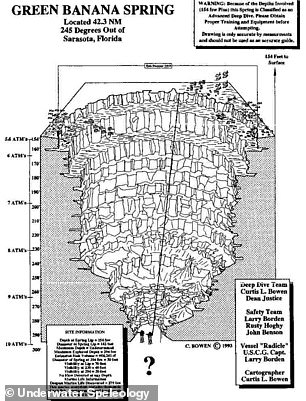 Among the discoveries were two intact, albeit dead, smalltooth sawfish, an endangered species. One of the sharks, a 12-foot-long male, was collected for study, according to the NOAA.

In addition to searching for new signs of life, scientists are also looking to unlock more details about how the sinkholes are formed in the first place.

According to the NOAA, researchers will check to see if the submersion of the ocean floor is linked to an intrusion of Florida’s groundwater.