A fleet of six self-driving Ford Mondeos will be navigating the streets of Oxford in all hours and all weathers to test the abilities of driverless cars as part of a new trial.

Technology firm Oxbotica, spun out of an Oxford University project, has retrofitted the vehicles which are following a nine-mile round trip within the city.

A dozen cameras, three Lidar sensors, two radar sensors are used to put the car at ‘level 4 autonomy’, meaning it can handle almost all situations itself.

A person needs to be in the driving seat by law, but they won’t be touching the steering wheel or pedals, the driverless car will be ‘taking them for a ride’. 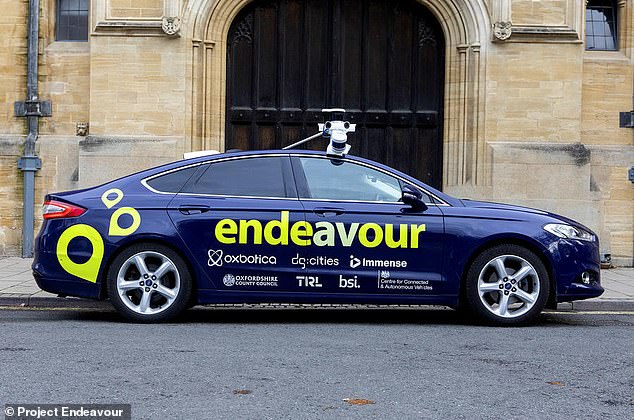 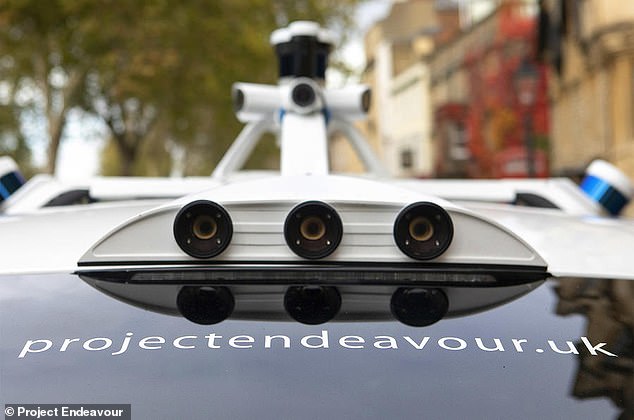 Technology firm Oxbotica, spun out of an Oxford University project, has retrofitted the vehicles which are following a nine-mile round trip within the city

The Oxford trial is part of the UK government-backed £12.3 million Endeavour project, set up to try deploying a fleet of self-driving cars in several cities.

Over the next five months the six adapted vehicles will drive themselves between Parkway Station and main station in Oxford – a nine mile round trip.

They will run the route several times a day ‘from morning commutes to school runs, in a range of weather conditions’ according to the team behind the trial.

Oxfordshire County Council, which is a partner in Project Endeavour, have been involved in the trail to test the cars in the city.

Innovation boss, Laura Peacock, told Autocar that the city had been at the forefront of autonomous mobility for the past four years.

‘The progress that has been made in the Connected Autonomous Vehicle (CAV) eco system is huge, moving from simulation, trials in isolated environments and now to the first live on-road public trials in Oxford.’

After the Oxford trial ends vehicles will then be deployed in Greenwich, London and a northern city that hasn’t been confirmed by officials from Endeavour.

‘The challenge is that every place is different,’ Oxbotica senior VP and Endeavour programme director Graeme Smith told The Times. 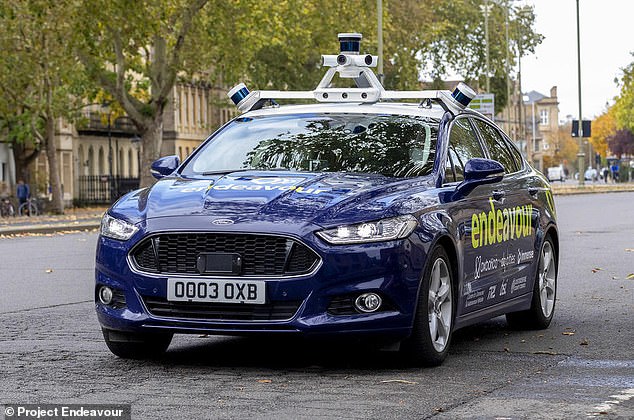 A dozen cameras, three Lidar sensors, two radar sensors are used to put the car at ‘level 4 autonomy’, meaning it can handle almost all situations itself. 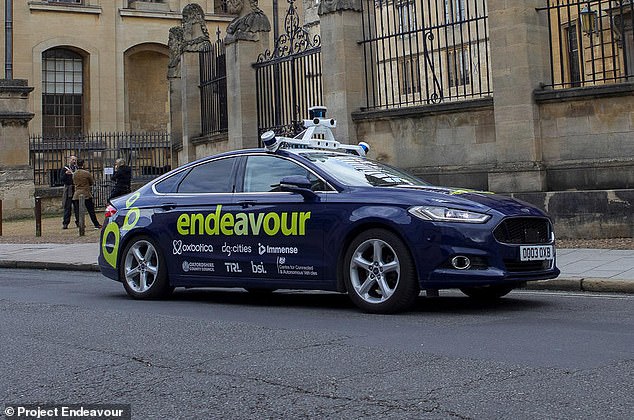 A person needs to be in the driving seat by law, but they won’t be touching the steering wheel or pedals, the driverless car will be ‘taking them for a ride’

Every location they test the driverless vehicles in adds to the data available for the self-driving system – and lets Oxbotica see how the software needs alternating for different conditions.

He said doing the trials in different locations also lets them get a better idea of how to get councils and communities onboard with the idea of self-driving cars.

Project Endeavour was launched in 2019 and is a consortium of various autonomous vehicle and smart technology companies, with funding coming in part from the Government body – the Centre for Connected Autonomous Vehicles.