Flesh-eating worm from Argentina covers 75 per cent of France

A flesh-eating worm native to Argentina now covers 75 per cent of mainland France and could have just as great a presence in the UK.

The slimy brown flatworm, Obama nungara, was accidentally imported from South America and devours local wildlife including earthworms and snails.

It’s been recorded in Spain, Portugal, Italy, Belgium and the UK and is now present in 72 out of 96 French metropolitan districts – an area representing three quarters of the country.

The worm grows up to nearly three inches long and has hundreds of tiny eyes along its whole body.

Video footage shows it wrapping itself around a sorry snail and feeding on its flesh. 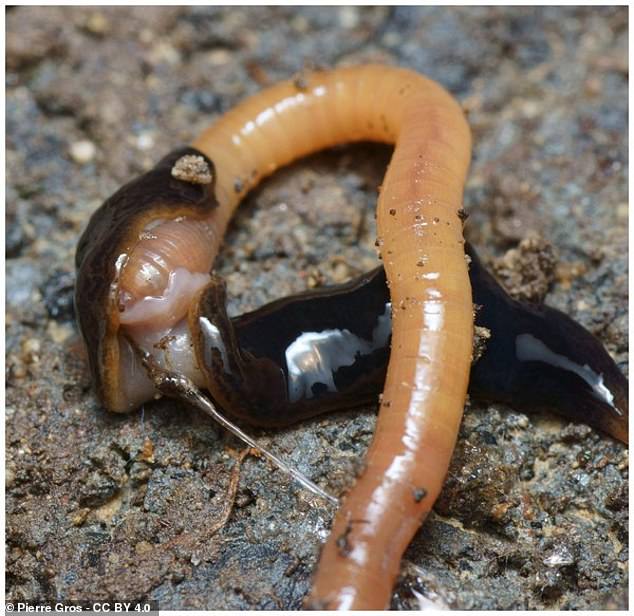 Flesh-eating worm from Argentina feeding on an earthworm. reduce earthworm numbers in the UK by up to 20 per cent 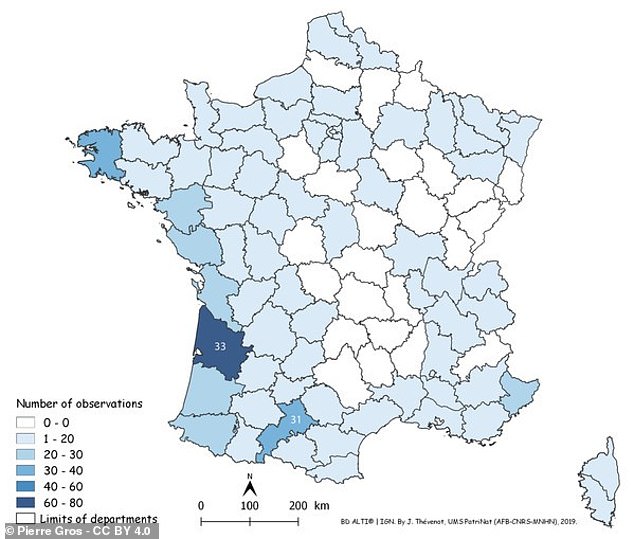 The huge citizen science project, the first of its kind focused on O. nungara, returned a heat map for the prevalence of the species across mainland France

The species is also especially abundant along the Atlantic coast, from the Spanish border to Brittany in France’s northwest, as well as the Mediterranean cost.

The fact that it has spread rapidly throughout France adds to fears it has already crossed the English Channel in numbers.

‘O. nungara is the most threatening species of all invasive flatworms present in Europe,’ said lead Professor Jean-Lou Justine, a zoologist at the Natural History Museum in Paris.

‘To date, the presence of Obama nungara has been occasionally recorded from several countries in Europe, including Spain, Portugal, UK, Italy, and Belgium.

‘However, in none of these countries has a study of the extent of the occurrence of O. nungara been performed.

‘The extensive distribution of the species and its reported local abundance, combined with its predatory character, make O. nungara a potential threat to the biodiversity and ecology of the soils in Europe.’ 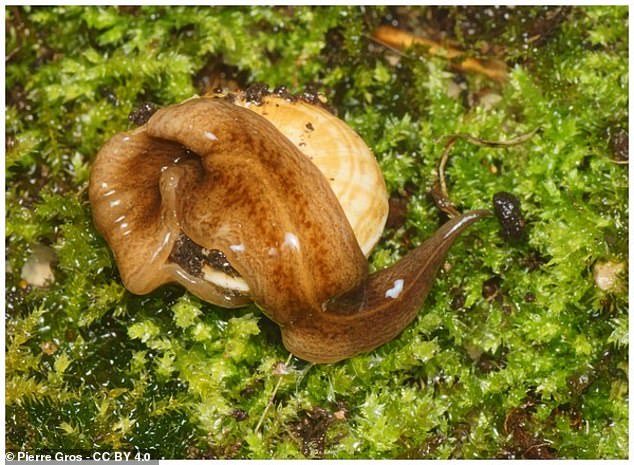 Obama nungara killing and feeding on a snail, showing pigment either side of the pale mid back

The research team made use of ‘citizen science’ – observations by amateur scientists – to compile country-wide data on the pest’s whereabouts in France.

Results show that the species is now present in 72 of the 96 Departments of Metropolitan France, or 75 per cent of the country.

‘Local abundance can be impressive, with 100 of specimens found in a small garden,’ the research team said. 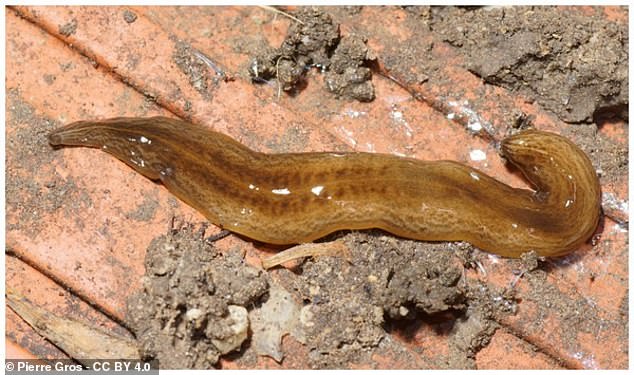 The worm was first seen in Europe on Guernsey in 2008, but has spread through France and into Spain and has also been confirmed in the UK since being first sighted in 2009.

According to reports in 2016, an Argentinean flatworm specimen was found in a garden centre in Oxfordshire in a plant that had been imported from the Netherlands.

Since then it has been found in at least two other garden centres and once in a private garden in Britain – suggesting it is gaining a foothold in the country.

The researchers did warn, however, that mentions of the flatworm in the media produced bursts of new findings, which may or may not have been authentic.

The researchers hope their paper, published in Peer J, will encourage new records of the Argentinean flatworm from members of the public in other European countries.

Earthworms are essential for keeping soil healthy – both in gardens and in crops for agriculture.

Worms help to turn the soil, bringing down organic matter from the top and mixing it with the soil below, helping fuels healthy plant growth. 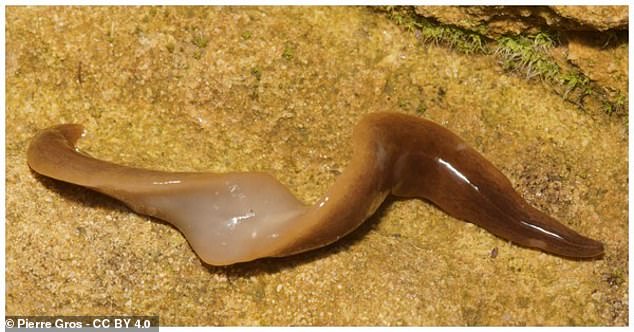 Specimen from Cagnes-sur-Mer, Alpes-Maritimes in southeast France showing a pale ventral, or front, side

The O. nungara invasion is fuelled by the international trade in plants, as adult worms and cocoons can easily travel in pots.

The charity Buglife has said there are a further 18 other species of flatworms that are rampaging in Europe and lax controls on imports at borders means they could easily spread into the UK.

Few checks take place on the earth surrounding plant roots – for eggs or insects hibernating in the soil.

From above O. nungara is a glistening gold or dark brown colour but its underside has a creamy white or grey.

It has been suggested O. nungara will reduce earthworm numbers in the UK by up to 20 per cent – judging by the experience with the invasive New Zealand flatworm in the last 50 years. 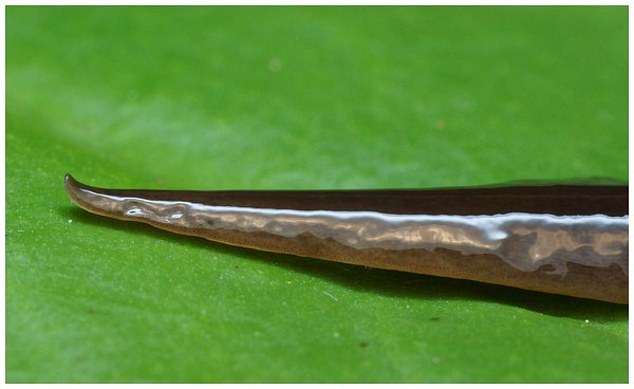 The New Zealand flatworm (Arthurdendyus triangulates) first turned up in the UK in 1963.

It feeds on European earthworms and can grow to 6.5 inches in length – twice as long as the Argentinean flatworm.

O. nungara also has populations in Brazil which has not reached Europe

‘Argentina is the sole source of this invasive species in Europe,’ said Professor Justine.

WHEN WAS OBAMA NUNGARA FIRST FOUND IN EUROPE?

(Actual presence of the species may predate the year mentioned.)