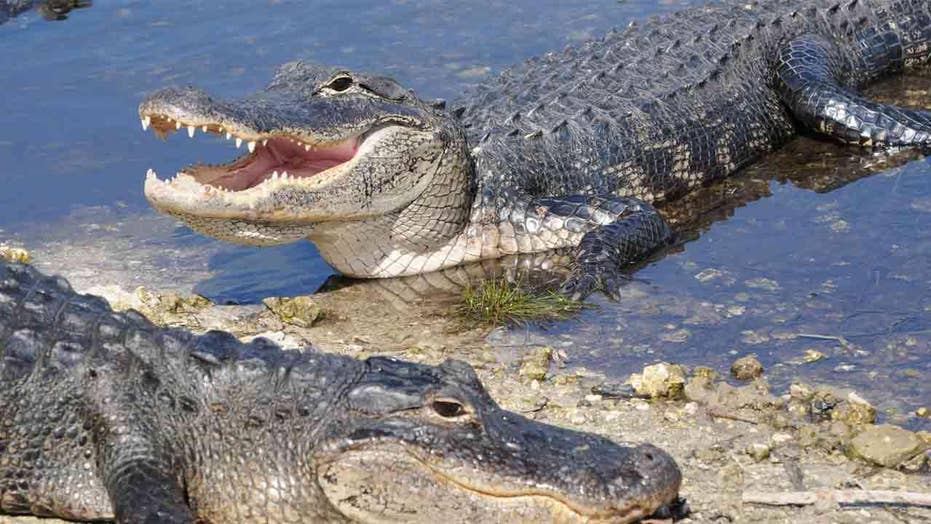 Alligators and dinosaurs may have more in common than we think

Alligators and dinosaurs are found to both have the ability to hear according to a study published in the Journal of Neuroscience.

A Florida man out walking his dog was attacked by an alligator and nearly dragged into a canal behind his home.

Mark Johnson, 61, said he was walking along the canal last Sunday in Port. St. Lucie with his 8-year-old golden retriever when he saw a gator turn towards them.

Johnson said his foot got stuck in mud moments before he saw "the lunge" as the alligator grabbed his leg.

"He starts clamping down pretty tight, and he started to pull, and the next thing I do … I poke [the gator] through the eye," he told WPLG-TV. 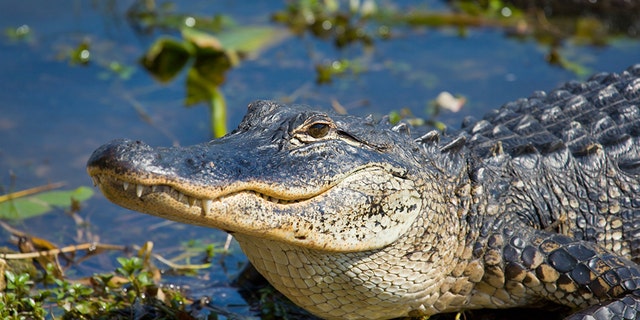 A man in Florida received over 60 stitches after he was attacked by an alligator last week.
(iStock)

Johnson told Treasure Coast Newspapers that after he stuck his finger in the gator's eye, the reptile immediately let go and swam away.

After limping home with blood dripping from his leg, Johnson's wife cleaned the wound and wrapped the leg in a towel before taking him to a hospital.

Johnson said he suffered 12 puncture wounds that required 60 stitches, plus another five to mend the index finger that was cut on the gator's eye socket

Gator done: Hungry alligator eats one of its own

The Florida Fish and Wildlife Conservation Commission said a trapper captured the gator involved in the attack on Wednesday.

Officials said the alligator measured 8 feet, 6 inches and weighed nearly 250 pounds. The reptile has since been relocated to an alligator farm.

Johnson said that even though the reptile was trying to drag him into the water, staying calm was what helped him survive.

"You cannot panic," he told the paper. "I bass fish all the time, too. I'll reach down and lift up the bass with my hand. I just got lucky."

Johnson said when he's able to walk his dog again, he'll probablt carry some sort of weapon for protection.