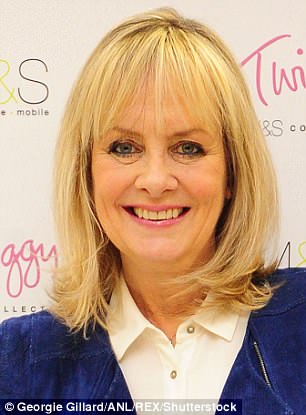 From Botox to face cream, many women feel under constant pressure to turn back the clock.

But most are simply happy to look good for their age.

A study of women over 40 found they are sick of being bombarded with anti-ageing products advertised by much younger models.

Just under 3 per cent said they actually wanted to look younger, compared with more than half who would prefer to look good.

And a large number felt annoyed by how older women are represented in beauty adverts, stating that it is still possible to be sexy in later life and that they want to see women more like them as ‘we don’t all look like Twiggy (pictured) or Helen Mirren’.

The results were presented by Professor Carolyn Mair, a psychologist who works in the fashion industry, at the British Psychological Society conference.

She said: ‘Women seem to develop a self-acceptance as they get older. It is wrong to think women of a certain age really want to look younger.’

Asked for their views on beauty product advertising, the women said they were irritated by the focus on how to ‘keep ageing at bay’, with 97 per cent saying they wanted to see older models.

One said: ‘You don’t have to be young to look sexy, you can also be an older lady and look fantastic, fabulous and sexy.’

British holidaymakers risk £787 roaming bill for a WEEK in Egypt