The Beaver Moon is traditionally the 11th Full Moon of the year, although you might know it by different names. This year, the Full Moon will peak on Monday at about 9.30am UTC. Around the same time, the Moon will dip into Earth’s shadow during a so-called penumbral eclipse – click here to learn more.

Based on old European folklore, it is sometimes known as the Oak Moon or the Moon Before Yule.

More common names include the Cold Moon, Frost Moon, and the Winter Moon.

Astronomers at the Royal Observatory Greenwich said: “There is disagreement over the origin of November’s Beaver Moon name.

“Some say it comes from Native Americans setting beaver traps during this month, while others say the name comes from the heavy activity of beavers building their winter dams.” 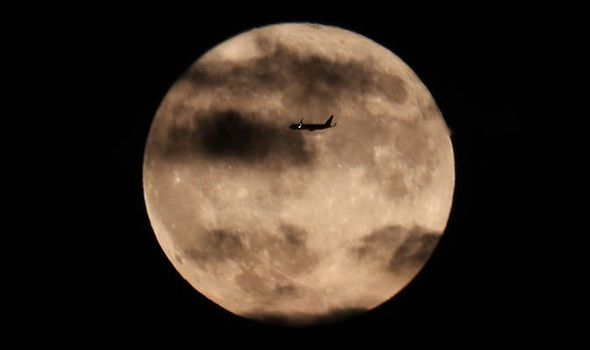 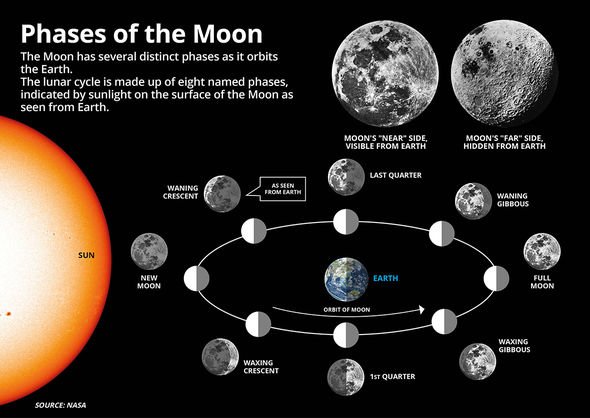 According to NASA’s lunar expert Gordon Johnston, the Beaver Moon nickname was popularized in the 1930s by the Maine Farmer’s Almanac.

That was when the guidebook to astronomy, nature and folklore first published the Moon’s Indian names.

In total, there are between 12 and 13 Full Moons each year, with the 13th sometimes being an additional Blue Moon.

Each of these Moons bears a unique name that reflects the changing season in one way or another.

April’s Full Moon, for instance, arrives when a type of pink flower springs in America, hence its name, the Pink Moon. 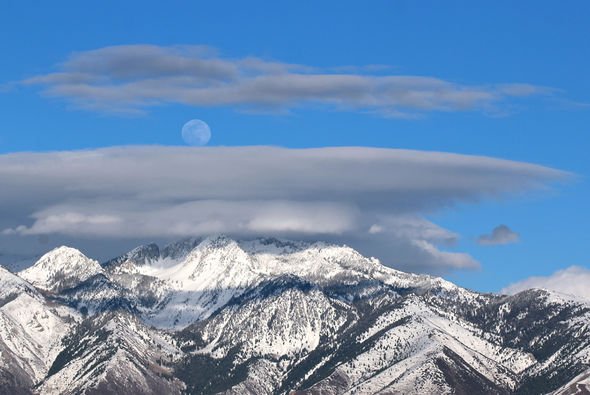 The Flower Moon in May is similarly named after flowers blossoming at that time of the year.

And because the Beaver Moon appears in the afternoon this time of the year, when children return home under darker skies, it has come to be known as the Child Moon.

Mr Johnston said: “A year ago, 7-year-old Astrid Hattenbach was walking home from school with her father Henry Throop (a friend and former coworker at NASA Headquarters).

“When she saw the rising Full Moon, she said: ‘You know what this Moon is called? It’s called a Child Moon. Because the Moon rises at a time that the children, they can see it, because they’re not in bed, and they might even be outside like we are right now.’ 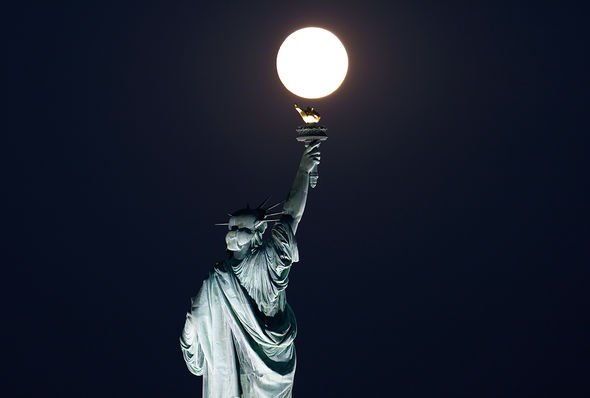 “Henry told me about this and I thought it a perfect name.”

Hindus, Jains and Sikhs will also celebrate this Moon as the Kartik Purnima, although they will do so for different reasons.

In Hindu tradition, the festival is linked to the birthday of Matsya, the fish-incarnation of the god Vishnu.

On this day, Vishnu is also believed to have returned home after staying in Bali.

Consequently, the day is sometimes known as Deva-Diwali.

Mr Johnston said: “Karthika Deepam, also known as Karthikai Vilakkidu or Thrikarthika, is a festival of lights that is observed by Hindus of Tamil Nadu, Sri Lanka, and Kerala.

“This festival is celebrated when the nearly full Moon lines up with the Pleiades constellation (Krittika or Karttikai), and will be celebrated this year on November 29, 2020.

“In Myanmar the festival of lights associated with this Full Moon is the Tazaungdaing Festival, a festival that predates the introduction of Buddhism.

“Every Full Moon (Poya) is a holiday in Sri Lanka.”