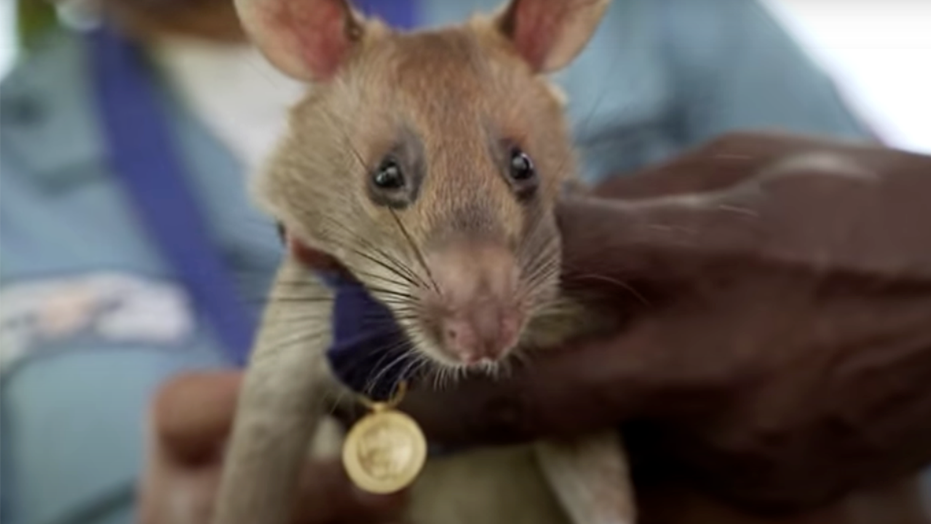 An African giant pouched rat has been honored for his work detecting landmines in Southeast Asia with a gold medal from an international veterinary charity.

The U.K. charity PDSA named Magawa this year's gold medal recipient for "life-saving devotion to duty, in the location and clearance of deadly landmines in Cambodia."

The 7-year-old rodent is much larger than the average pet rat – but still light enough to walk on a landmine without setting it off. 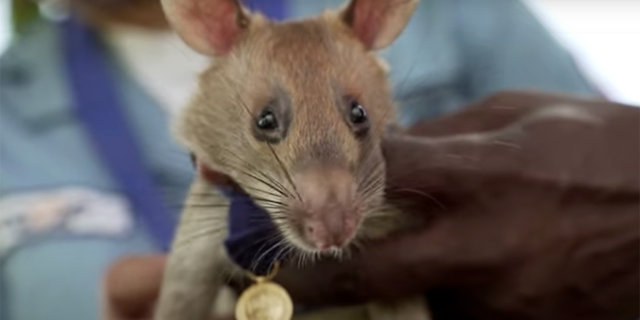 The Belgium nonprofit APOPO in Tanzania trained Magawa to sniff out landmines in exchange for treats.

“It’s completely safe for HeroRATs like Magawa to detect landmines and they’re very intelligent animals so are easy to train. Magawa began training from a young age after being bred by APOPO for this purpose,” PDSA said.

To date Magawa has discovered 39 landmines and 28 items of unexploded ordnance, making him the most successful of APOP’s HeroRats.

There are thought to be up to six million landmines in Cambodia, according to the BBC, which also reported that the medal's inscription says "For animal gallantry or devotion to duty."

Before Magawa, the previous 30 recipients of the award were dogs.

"To receive this medal is really an honor for us," Apopo chief executive Christophe Cox told a news agency, the BBC reported. "But also it is big for the people in Cambodia, and all the people around the world who are suffering from landmines."

animal, Aw, earns, Giant, hero, rat
You may also like:

Prehistoric cavemen starved themselves of oxygen to induce hallucinations and inspire their ancient paintings, study finds