Apple and Google have provided the first insight into what eventual coronavirus exposure apps might look like.

As reported by The Verge, the tech companies have provided samples of what eventual app interface systems could look like though they won’t be developing the apps themselves.

Specifically, the samples, which also include examples of code, are intended to show developers how notification systems using Google and Apple’s application programming interface (APIs) would look. 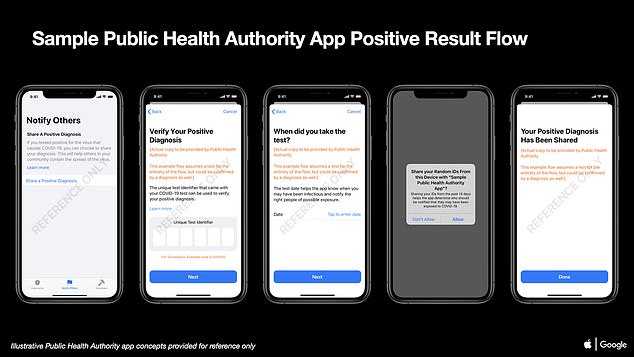 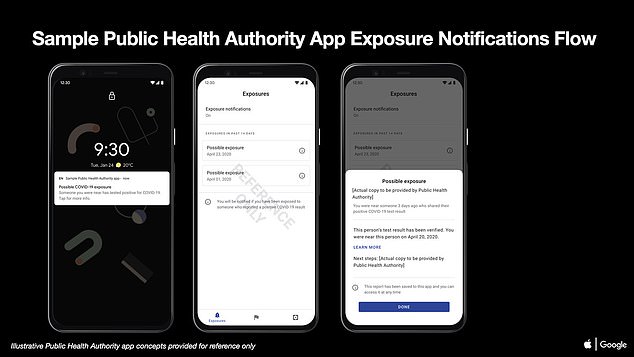 Google and Apple released samples of what a COVID exposure app might look like (pictured). The samples are meant to be starting points for developers working with public health agencies

The designs are also meant to be jumping off points for developers working on behalf of public health agencies and governments to make apps that notify people when they’ve come in close contact with someone who has tested positive for COVID-19.

To that end, Google and Apple also announced that they would ban the use of location tracking for apps that use its APIs to notify people they’ve come in contact with an infected person.

The companies also mandate that apps make sharing a positive diagnosis opt-in and used only by governments for the purpose of tracking the spread of COVID-19.

Currently, the system uses bluetooth signals from phones to detect encounters and does not use or store GPS location data. Those signals will be able to judge both the time period and the distance with an infected person.

That data is calculated on-device and is encrypted. It is not shared with either Google or Apple in the process. 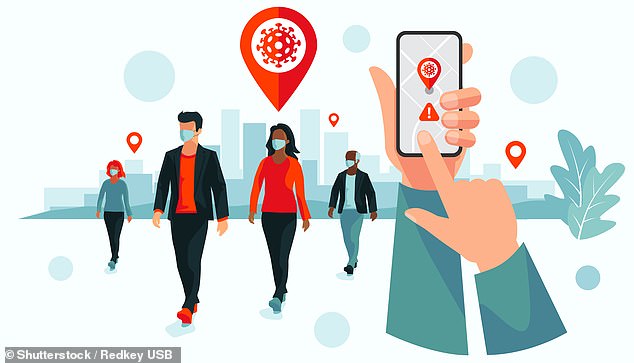 It will be up to public health agencies to determine a threshold for how close and how long a brush with an infected person has to be to constitute a warning notification.

An app would allow public health agencies to alert people who may have been exposed and enable those people to either quarantine or seek testing.

The companies are expected to release their APIs on a larger scale midway through this month according to prior reporting from The Verge.

Apple, google, of, samples, show
You may also like: