Google’s disturbing vision of TOTAL data collection: Leaked video reveals a Black Mirror-style future in which technology could be used to control the behaviour of entire populations

Google already knows far more about you than you may realise.

Now, an internal Google video has leaked that provides an unnerving glimpse into how the firm could use that wealth on information to control your behaviour.

The video sets the scene for a Black Mirror-style future in which machines know your needs even before you do, and are able to manipulate you to follow their own agendas.

Google admits the video is ‘disturbing’, but stresses that it’s simply a thought experiment.

However, with the misuse of private data at the forefront of people’s minds following Facebook’s Cambridge Analytica scandal, the concepts outlined in the footage are likely to raise concerns.

The video was made two years ago by Nick Foster, the head of design at X and a co-founder of the Near Future Laboratory and obtained by the Verge.

In it, he imagines being able to nudge users towards their goals using data collected on their devices.

Titled ‘The Selfish Ledger’, the 9-minute film begins with a history of Lamarckian epigenetics.

This is the concept of passing on traits acquired during an organism’s lifetime.

He claimed the physiological traits of an entire species are passed from one generation to another via an internal code.

He believed that the experiences of an organism during its life modified this internal code, and this updated version was then passed down to an organism’s offspring.

For example, this theory claims that if a person regularly went to the gym and developed big muscles, their children would inherit this enhanced strength.

This was later proven to be false, as Foster acknowledges in the video.

Lamarckian epigenetics was discredited and replaced by Darwin’s theory of evolution by natural selection when he published the ‘Origin of Species’ in 1859. 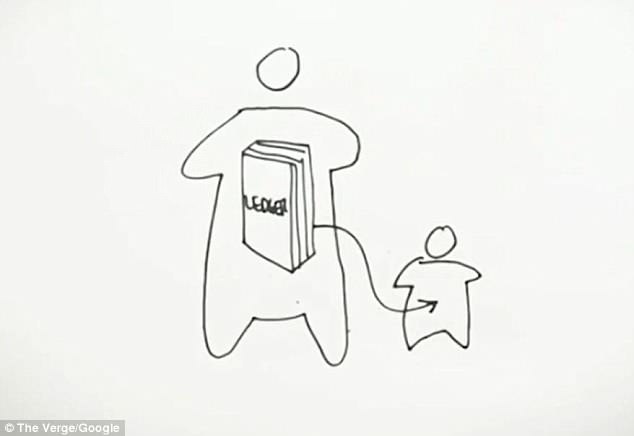 The 9-minute film begins with a history of Lamarckian epigenetics. It suggests that technology can operate similarly to this defunct theory which focuses on the acquisition of skills during a lifetime to enhance a persons ‘ledger’ which can be passed from one user to another

However, Foster claims it is a good analogue for the use of data and can help explain how digital information will be used in the future.

The way we use our phones creates ‘a constantly evolving representation of who we are,’ which Foster terms a ‘ledger’.

Ledgers can be transferred from one user to another, much like genetic information is passed on through the generations.

They contain detailed data on our ‘actions, decisions, preferences, movement, and relationships’.

This can be used to control our behaviour for the betterment of society.

‘User-cantered design principles have dominated the world of computing for many decades, but what if we looked at things a little differently?’ says Foster.

‘What if the ledger could be given a volition or purpose rather than simply acting as a historical reference?

WHAT DOES YOUR DATA FILE HOLD? GOOGLE VS FACEBOOK

Every event in your Google calendar – including whether you attended

Every location you have visited  – including how long it took you to get there, how long you stayed and when you left

Every image and file you have downloaded

Every ad you’ve ever viewed or clicked on

Every marketing topic that might interest you – based on factors like your age, gender, location and web activity

Every app you’ve ever searched for, installed or launched

Every YouTube video you’ve ever searched for or watched

Every Messenger message you have sent or received

Every text message sent or recievd

Every phone call made or received

Every file you have sent or receieved

Every time you signed into Facebook, and from where

Every stickers emoji you have ever sent

‘What if we focused on creating a richer ledger by introducing more sources of information?

‘What if we thought of ourselves not as the owners of this information, but as custodians, transient carriers, or caretakers?’

The video goes on to present the concept of ‘Resolutions by Google’ in which the firm asks users to select goals in life and then helps them achieve it by guiding their actions using alerts on their phones.

For instance, if a user wanted to be more environmentally-friendly, Google would help direct them to better sources of local produce that help save the planet during their weekly shopping trips. 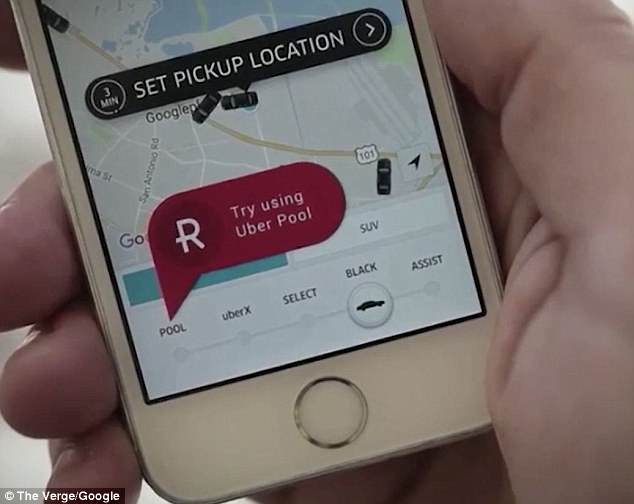 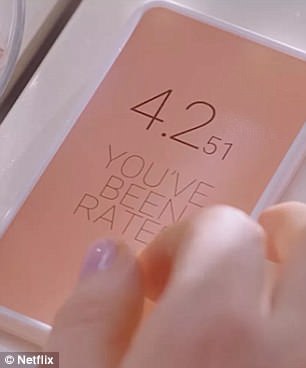 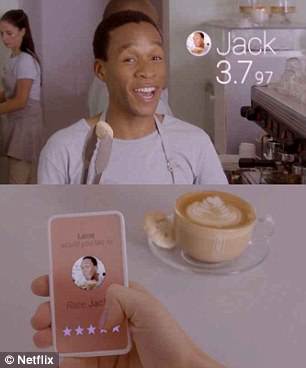 The video sets the scene for a Black Mirror-style future. In the episode ‘Nosedive’ technology is used to rate a person, creating a score for all to see. People went to extreme lengths to increase this score, changing their behaviour in line with the technology

Instead, Foster envisions a future where ‘the notion of a goal-driven ledger becomes more palatable’ and ‘suggestions may be converted not by the user but by the ledger itself.’

It would be able to ‘plug gaps in its knowledge and refine its model of human behaviour’. 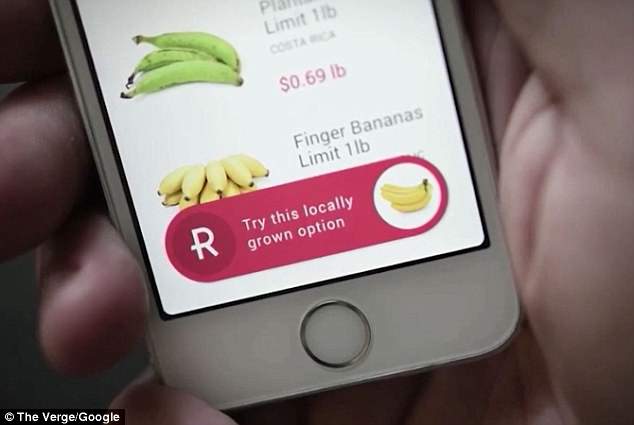 If a user wanted to be more environmentally-friendly, Google would help direct users to better sources of local produce that help save the planet during their weekly shopping trips. The video fails to mention privacy concerns

‘By thinking of user data as multigenerational,’ explains Foster, ‘it becomes possible for emerging users to benefit from the preceding generation’s behaviours and decisions.’

Foster imagines ‘sequencing’ the database like the human genome, and making ‘increasingly accurate predictions about decisions and future behaviours.’

‘As cycles of collection and comparison extend,’ concludes Foster, ‘it may be possible to develop a species-level understanding of complex issues such as depression, health, and poverty.’

‘We understand if this is disturbing – it is designed to be,’ an X spokesperson told the Verge.

‘This is a thought-experiment by the Design team from years ago that uses a technique known as speculative design to explore uncomfortable ideas and concepts in order to provoke discussion and debate.

‘It’s not related to any current or future products.’

WHAT IS THE CAMBRIDGE ANALYTICA SCANDAL?

This meant the company was able to mine the information of 55 million Facebook users even though just 270,000 people gave them permission to do so.

Collection, data, Googles, revealed, Total, vision
You may also like: