Fintastic buddies! Grey reef sharks form lasting ‘friendships,’ according to scientists who found the predators meet with the SAME group after a night of hunting

Sharks have a reputation for being heartless killers, but at least one species forms long-lasting ‘friendships,’ scientists have discovered.

They often head out to the open water at night to hunt. But during the day, they return to the same spot on their reef, congregating in clusters of up to 20 individuals.

To study this social behavior, marine biologists at Florida International University tagged 41 grey reef sharks near the Palmyra Atoll, a remote Pacific island more than 1,000 miles from the coast of Hawaii. 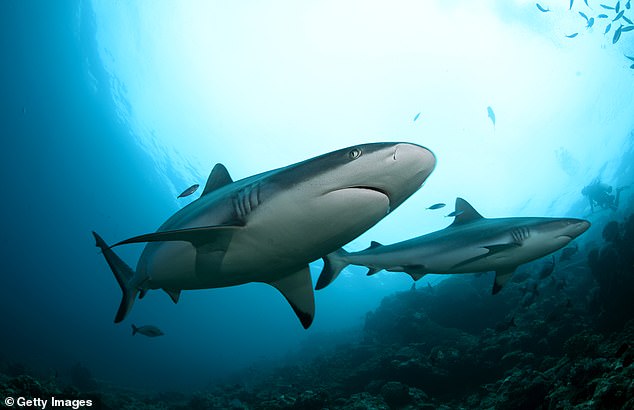 The tags included acoustic transmitters that could identify individual sharks. Dozens of receivers placed throughout the area enabled the team to recognize any other tagged shark that came within 1,000 feet, according to New Scientist.

Over the four years of the study – the life of the transmitters’ batteries – they found the sharks formed incredibly stable groups.

Despite the presence of some 8,000 grey reef sharks around the atoll, the tagged fish rarely strayed into other cliques.

They also frequented the same section of reef, year after year, according to a report published this week in Proceedings of the Royal Society. 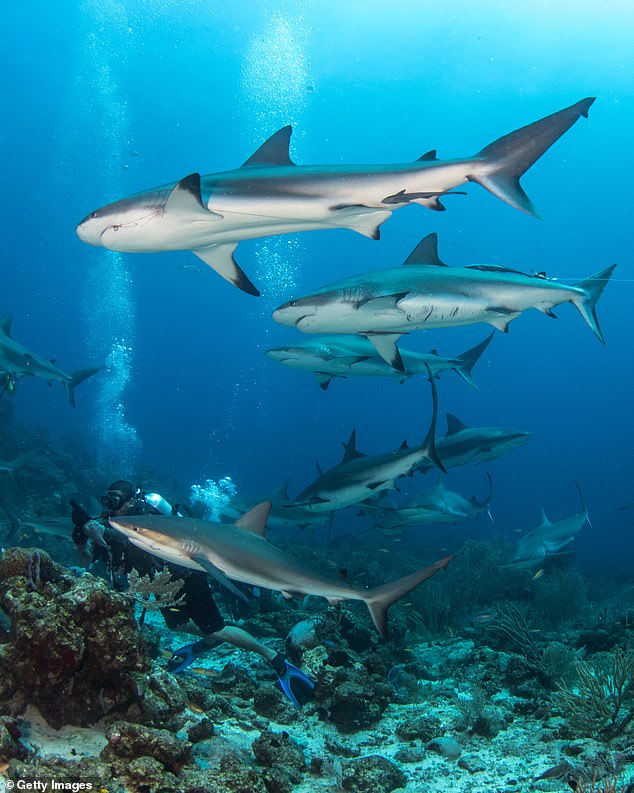 While grey reef sharks swim out to the open water at night, they return to the same section of reef during the day – and rarely leave their clique. Such ‘friendships’ are rare in the animal kingdom, and almost unheard of among sharks 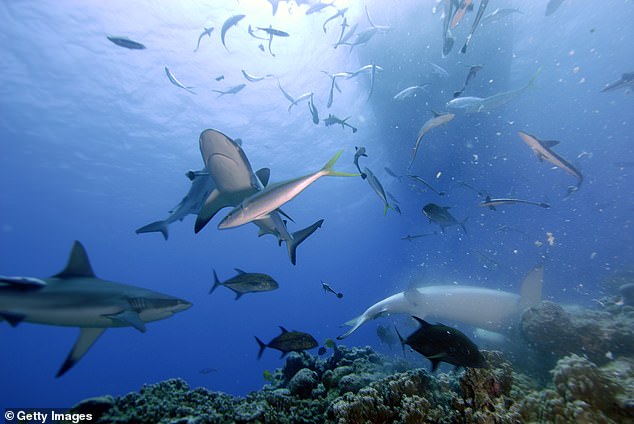 It’s not clear how the grey reef sharks identify other individuals in their group or why they form such strong bonds. They spend their nights in the open sea, where researchers’ transmitters can’t record their interactions

‘We don’t think of sharks as social animals, but they do have social groups,’ Yannis Papastamatiou, lead author and head of the university’s Predator Ecology and Conservation Lab, told New Scientist.

‘They form these sort of spatially structured social groups where they hang out with the same individuals over multiple years.’

Papastamatiou described the relationships as that of ‘associates.’

‘They are not friends in the sense of having any emotional bond with each other,’ he said.

It’s not clear how the sharks identify each other or why they form such strong bonds.

Their nocturnal expeditions happen in the open sea, too far for the team’s transmitters to record.

But it’s possible that, by working as a group, they improve their chances of finding ample prey.

Regardless, such long-term associations are rare in the animal kingdom, and almost unheard of among sharks. 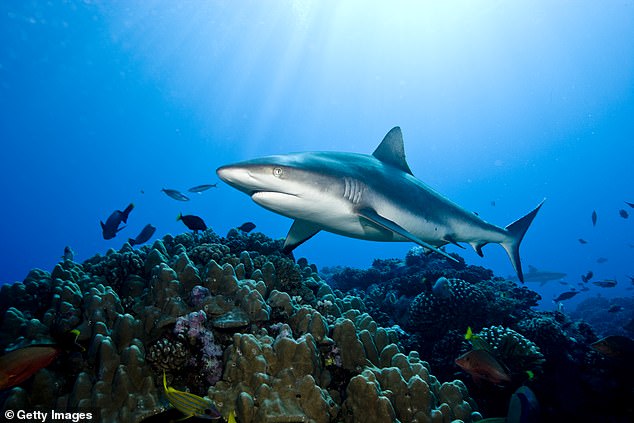 Grey reef sharks’ numbers are dwindling, the result of commercial fishing for their fins. The International Union for Conservation of Nature has classified them as ‘near threatened.’

Grey reef sharks are unusual in other respects, too: Of the more than 500 shark species in the world, they’re one of only a small percentage known to exhibit ‘threat behavior,’ warning that they’re preparing to attack.

Despite their size – about six feet long – their aggression allows them to dominate other sharks in the area.

They’ve even been known to attack humans.

But like many types of shark, grey reef sharks are in serious decline: They are sought after for their fins, which are used in shark fin soup.

The International Union for Conservation of Nature has classified them as ‘near threatened.’

Their dwindling numbers could have serious repercussions for the delicate coral ecosystems they inhabit.

On nearly one in five reefs, no sharks were spotted, the BBC reported.

form, Grey, lasting, reef, Sharks
You may also like: