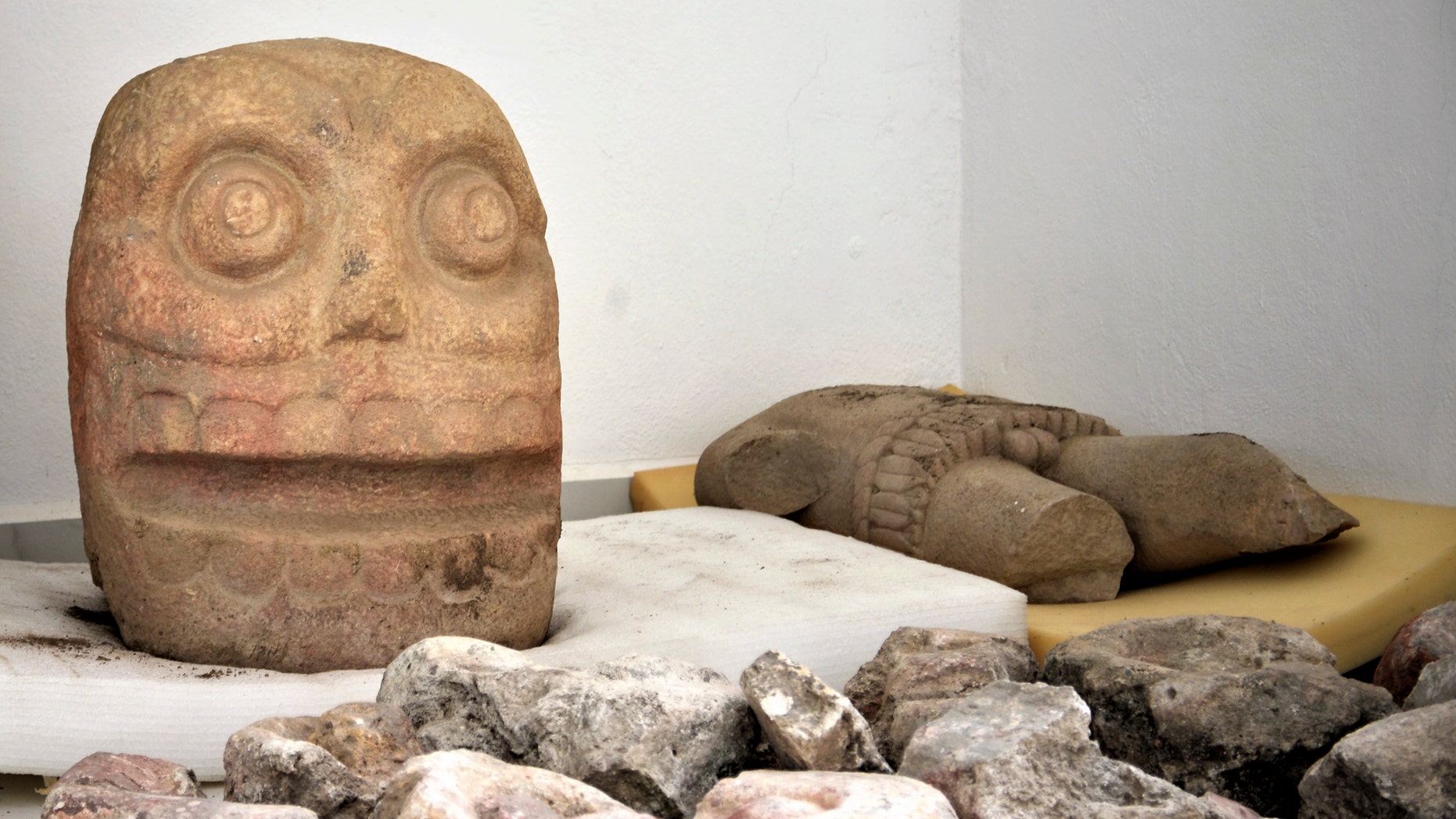 In this 2018 photo provided by Mexico’s National Institute of Anthropology and History, INAH, a skull-like stone carving and a stone trunk depicting the Flayed Lord, a pre-Hispanic fertility god depicted as a skinned human corpse, are stored after being excavated. (Meliton Tapia Davila/INAH via AP)

In a remarkable discovery, archaeologists in Mexico have uncovered the first known temple of the “Flayed Lord” a pre-Hispanic fertility god depicted as a skinned human corpse.

Ancient priests worshipped the god by skinning human victims and then donning their skins.

Mexico's National Institute of Anthropology and History (INAH) said the find was made during recent excavations of Popoloca Indian ruins in the central state of Puebla.

Two skull-like stone carvings and a stone trunk depicting the god Xipe Totec were found. Veneration of the god was seen as a way to ensure fertility and regeneration. 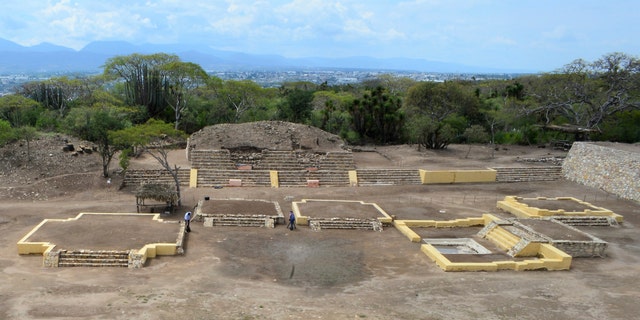 In this 2018 photo provided by Mexico’s National Institute of Anthropology and History, INAH, investigators work at the Ndachjian – Tehuacan archaeological site in Tehuacan, Puebla state, Mexico, where archaeologist have identified the first known temple to the Flayed Lord, a pre-Hispanic fertility god depicted as a skinned human corpse. (Meliton Tapia Davila/INAH via AP)

The stone trunk depiction Xipe Totec has an extra hand dangling off one arm, suggesting the god was wearing the skin of a sacrificial victim.

The deity was one of the most important gods of the Pre-Hispanic era, according to INAH. “Its influence in the fertility, the regeneration of the agricultural cycles and the war, was recognized by numerous cultures of the West, Center and Gulf of Mexico,” it said in a statement.

SECRET 'PASSAGE TO THE UNDERWORLD' TUNNEL DISCOVERED BENEATH MEXICAN PYRAMID

Depictions of the god had been found before in other cultures, including the Aztecs. However, this is the first discovery of a temple directly associated with the cult of Xipe Totec, according to INAH.

The Popolocas built the temple at a complex known as Ndachjian-Tehuacan between A.D. 1000 and 1260 and were later conquered by the Aztecs.

Ancient accounts of the rituals suggested victims were killed in gladiator-style combat or by arrows on one platform, then skinned on another platform. The layout of the temple at Tehuacan seems to match that description.

INAH notes that, in addition to the stone sculptures of Xipe Totec, two sacrificial altars were found in the archaeological zone of Ndachjian-Tehuacan.

The stone trunk is approximately 2.6-feet tall and has a hole that historians believe once contained a ceremonial green stone.

Each of the skulls is approximately 2.3 feet tall and weighs about 440 pounds. Carved from volcanic stone, the skulls are also marked by cuts that represent “skinning.”

The discovery is the latest fascinating archaeological find in Mexico. Last year, for example, archaeologists discovered a mysterious tunnel and chamber beneath the Pyramid of the Moon in the ancient city of Teotihuacán.

Researchers from INAH and the Institute of Geophysics at the National Autonomous University of Mexico (UNAM) located the hidden spaces at the famous site near Mexico City.

In another project, an ancient mask depicting a 7th-century Maya king was discovered in southern Mexico.

A vast array of skulls buried beneath the streets of modern Mexico City are also revealing the grisly details of Aztec human sacrifice.

Additionally, archaeologists were intrigued to discover a bizarre interlocked spiral of ancient skeletons beneath the campus of the Pontifical University of Mexico in the Mexican capital.