The clip – taken in San Benito in the US state – begins with the pair moving along the river.

On the riverside, a figure can be seen appearing to drink water on four legs.

It then seems to spot the people watching it and lifts itself up on its hind legs.

Stunned, the man filming exclaims: “Holy s***, I got that on video.”

His friend can be heard asking in the background: “What the f*** was that dude?”

The figure quickly disappears behind the grass verge as those watching continue to voice their amazement.

Conspiracy channel Disclose Screen posted the clip to YouTube on Saturday, claiming it originally emerged six years ago and was filmed by a man named Reuben.

He captioned it: “Humanoid dog creature caught on film?”

Dozens of viewers flocked to the comments section to voice their thoughts. 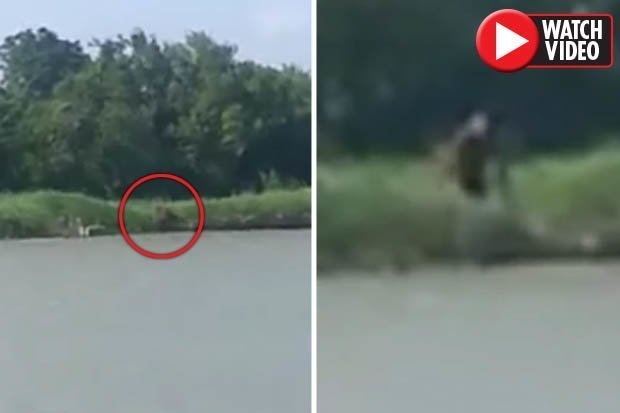 “That could be a Bigfoot,” one suggested.

Another wrote: “That is not a fake. The reaction can’t fake those words.”

Some labelled the creature a “dogman” – a mythical creature that has the appearance of part-human, part-dog.

But others suggested it could simply be a brown bear.

The footage comes just days after an iconic “Bigfoot” video was remastered in HD quality, to spark a fresh conspiracy wave.

Cats and dogs can remember events that happened years ago

Coronavirus latest: Will coronavirus turn into a pandemic? WHO urges world to be ready