Follow
Home » Science » Half of the world is exposed to increasing air pollution, study finds

Half of the world is exposed to increasing air pollution, study finds

Half of the world’s population is exposed to increasing air pollution with some regions reaching five times above safety levels set by WHO, study reveals

Researchers found half of the world’s population is exposed to increasing air pollution, with some areas reaching an amount five times above safety levels.

The team, in collaboration with the World Health Organization, notes it is low- and middle-income areas with the highest concentrations.

The contributing culprits include the inefficient use of energy by households, industry, the agriculture and transport sectors and coal-fired power plants. 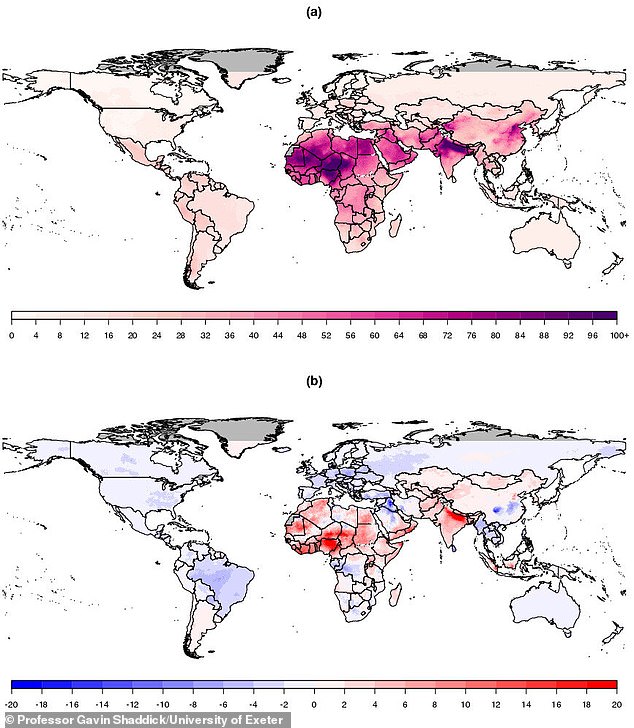 The study analyzed trends in global air quality between 2010 and 2016, against the efforts made by countries around the world to reduce pollution, including both short and long term policies

Professor Shaddick, Chair of Data Science & Statistics at the University of Exeter said: ‘While long-term policies to reduce air pollution have been shown to be effective in many regions, notably in Europe and the United States, there are still regions that have dangerously high levels of air pollution, some as much as five times greater than World Health Organization guidelines, and in some countries air pollution is still increasing.’

The study analyzed trends in global air quality between 2010 and 2016, against the efforts made by countries around the world to reduce pollution, including both short and long term policies.

The team then combined this data with information from satellite retrievals of aerosol optical depth, chemical transport models and other sources to provide yearly air quality profiles for individual countries, regions and globally.

The results show 55.3 percent of the world’s population were exposed to increased levels of air pollution over the six years analyzed in the study. 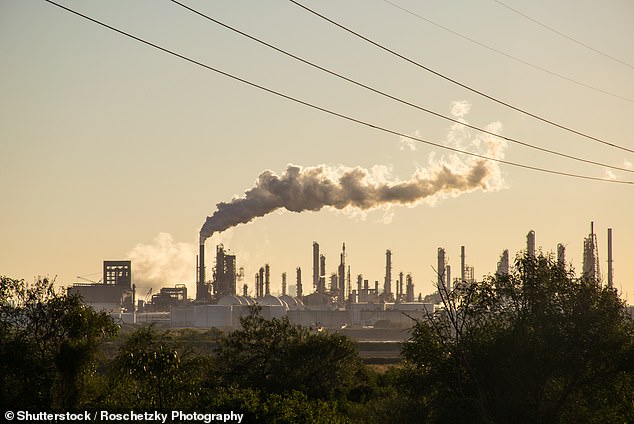 The contributing culprits include the inefficient use of energy by households, industry, the agriculture and transport sectors and coal-fired power plants

The high concentrations observed across parts of the Middle East, parts of Asia and Sub-Saharan regions of Africa are associated with sand and desert dust.

‘Desert dust has received increasing attention due to the magnitude of it concentration and the capacity to be transported over very long distances in particular areas of the world,’ the team wrote in the study publish in Nature.

The World Health Organizes (WHO) estimates some 4.2 million people die every year due outdoor air pollution.

And the agency advises the annual mean concentration of fine particle material (PM) air pollution should not exceed 10 micrograms per cubic meter. 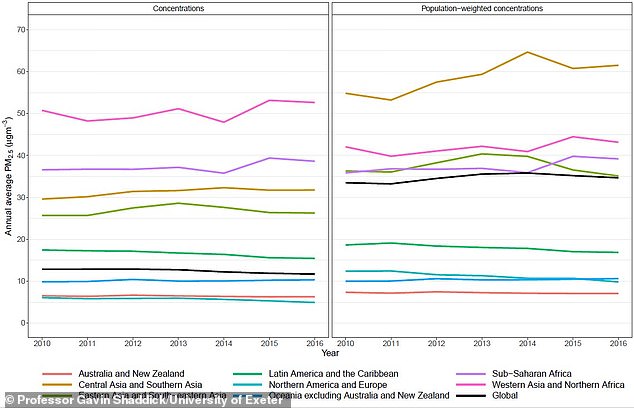 The high concentrations observed across parts of the Middle East, parts of Asia and Sub-Saharan regions of Africa are associated with sand and desert dust

The population exposed to PM levels above the recommended amount did fall from 94.2 percent in 2010 to 90 percent in 2016, which was a result of North America and Europe implementing more policies.

‘Although precise quantification of the outcomes of specific policies is difficult, coupling the evidence for effective interventions with global, regional and local trends in air pollution can provide essential information for the evidence base that is key in informing and monitoring future policies,’ said Shaddick.