A heat shield used in a NASA spacecraft designed to send a six-wheeled rover vehicle to Mars in 2020 suffered an ‘unexpected’ fracture during a structural test this month, the space agency says.

After a week-long test at the Lockheed Martin Space facility, engineers spotted a fracture near the shield’s outer edge running all along its circumference.

Now, they’ll have to build a replacement.

Even with the setback, however, NASA says it is still on track for the $2 billion mission’s July 2020 launch. 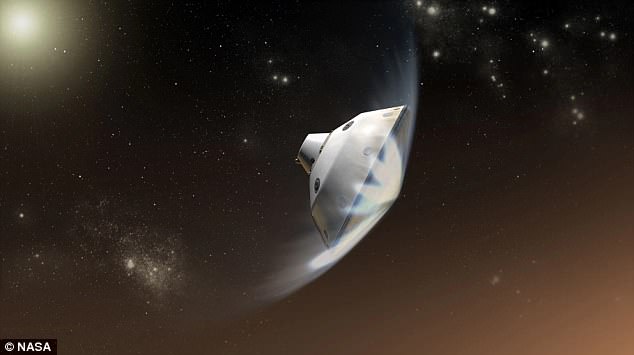 A heat shield used in a NASA spacecraft designed to send a six-wheeled rover vehicle to Mars in 2020 suffered an ‘unexpected’ fracture during a structural test this month, the space agency says. An artist’s impression is pictured

NASA and Lockheed Martin are now working to understand what caused the crack, which was discovered on April 12 after the week-long test, which subjected it to forces up to 20 percent greater than those that will occur during Mars entry.

The shield is designed to protect the Mars 2020 rover and landing system from the intense entry burn as the craft breaks through the red planet’s atmosphere.

‘The situation will not affect the mission’s launch readiness date of July 17, 2020,’ the National Aeronautics and Space Administration said in a statement, issued late on Thursday.

The fracture occurred near the shield’s outer edge and spans the circumference of the component, NASA said.

The $2 billion mission will place the rover on Mars where it will drill in rocks and soil to look for signs of past microbial life.

The mission will also look into ways to support a manned-mission to the planet.

The timing of the launch is key. In July and August of 2020 the positions of Earth and Mars are aligned in a way that will mean less power is required to reach the red planet compared to other times. 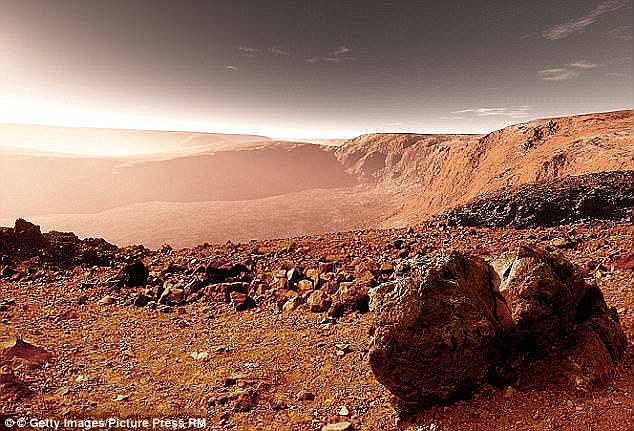 The $2 billion mission will place the rover on Mars where it will drill in rocks and soil to look for signs of past microbial life. An artist’s impression of the Mars landscape is pictured

The Mars 2020 mission is part of Nasa’s Mars Exploration Program, a long-term effort of robotic exploration of the red planet.

Nasa hopes the mission will help to answer key questions about the potential for life on Mars.

The mission also provides opportunities to gather knowledge and demonstrate technologies that address the challenges of future human expeditions to Mars, including producing oxygen from the Martian atmosphere, and identifying water.

The mission is timed for a launch in July/August 2020 when Earth and Mars are in good positions relative to each other for landing on Mars. 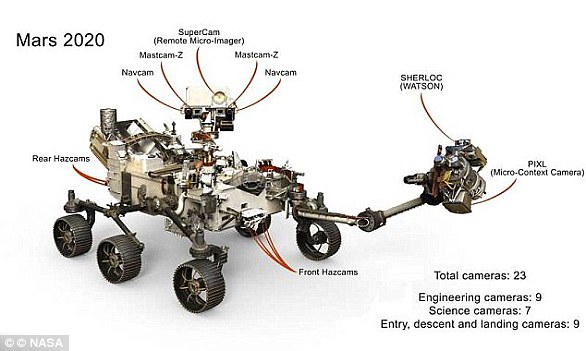 According to NASA, the new rover will have 23 cameras (artist’s impression pictured)

About 5 miles (8 kms) above the surface of Mars, the heat shield is designed to pop off the spacecraft as it is slowed by parachutes.

From the craft, a so-called ‘sky crane’ will be deployed that will lower the tethered rover onto the surface.

NASA now plans to repair the broken shield to be used in the pre-launch spacecraft tests, and construct a new shield for the 2020 mission.