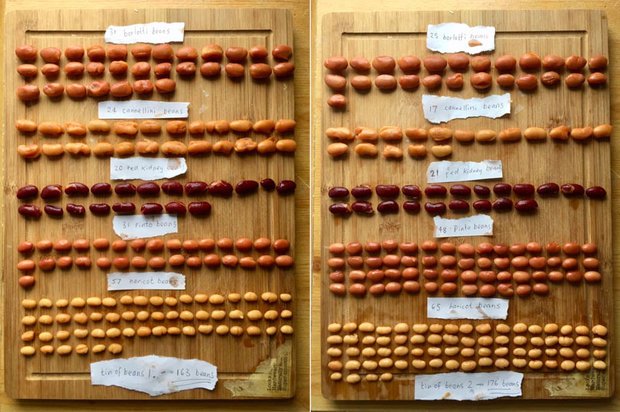 John, of Blackburn, Lancs, found that the most popular variety in the tin was haricot beans.

But that the borlotti beans accounted for most of the weight in the first can, as did pinto beans in the second.

His workings out included a hand-drawn pie chart detailing his findings. He posted the results of his survey on Facebook, to the delight of other Very Boring Group members.

His rambling, barely punctuated post has gone viral with over 6,500 likes and hundreds of comments.

He wrote: “Me and my wife Deirdre like beans and yesterday, when she came back from the big Tesco, she said to me, ‘I have got some new beans that we have never had before John,’ and I said, ‘have you?’ and she said ‘yes’.

“Then she showed me two tins of Heinz Five Beanz, and they have got five different kinds of beans in them and I said to her, ‘they look very tasty and I think we should have them for our tea tomorrow with some sausages’ and she said, ‘yes we should do John.’

He goes on to detail how, while his wife was out, he got to wondering how many beans of each type were in each tin. 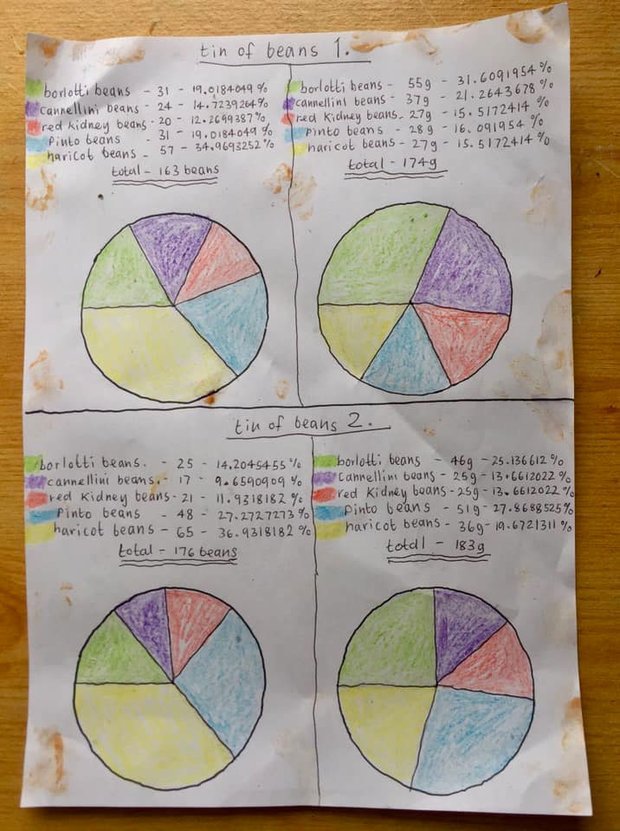 Straining the sauce off the contents and lining the beans up on a chopping board with tweezers he painstakingly catalogued the exact number of each type of bean.

He logged not only the quantity of each bean variety but also the weights of the various beans in case anyone cared about that .

And it seems people did care. Among the nearly 300 comments were messages of praise, such as Christine Curry’s.

We’ve reported before on a claimant for the title of Britain’s Dullest Man. Now it seems as if the competition for the title is hotting up.