The Nazi Germany leader spent his final days cowering in the Fuhrerbunker as his empire crumbled, before consuming cyanide and shooting himself with a pistol as the Red Army closed in. After storming central Berlin, the Soviets discovered his body, along with the lair 55 feet under the Reich Chancellery. But that whole narrative was thrown into contention when the FBI’s declassified reports claimed Hitler escaped to Argentina, following several sightings in the South American country.

The History Channel’s ‘Hunting Hitler’ series revealed what appeared to be a breakthrough in the case after trawling through the documents.

The narrator said: “With 700 pages of declassified documents, containing thousands of potential new clues, the team utilises a powerful military tool to identify a starting point for the investigation.

“This programme scans the documents for locations, then plots patterns of activity on a map.”

Setting the range from April 25, to July 25, 1945, the team found two documents referring to a “great underground establishment” in Argentina. 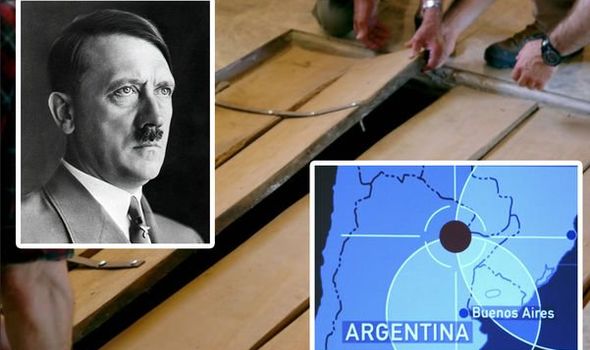 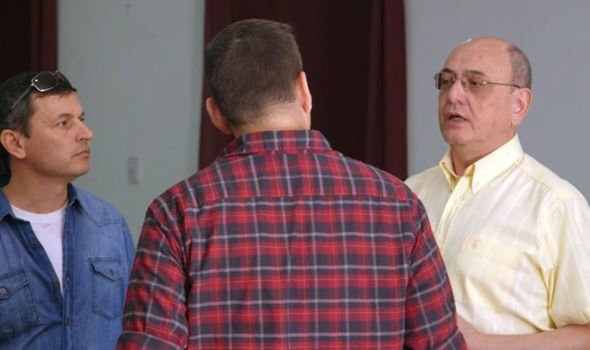 “It says ‘Hitler is in Argentina, he is living in a great underground establishment 675 miles west of Florianopolis. 450 miles north northwest from Buenos Aires’.

“When you have two [similar] reports that match, it’s something.”

Mr Baer cross-referenced the two coordinates mentioned in the files and the computer identified the closest community as Charata.

After the team headed to the city, they met with local author and historian Juan Alberto, who had spent decades investigating the area. 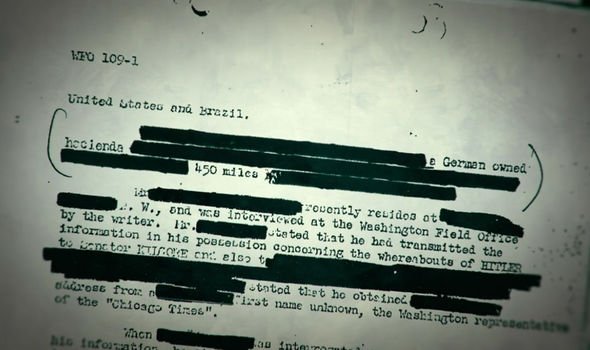 He told them: “In 1970, a basement was discovered on a farm east of Charata, in rural land.

“On a farm owned by a German family who discovered it, they found weapons, banners and documents.”

Private investigator Steven Rambam believed it was a breakthrough in the case.

He said: “There is an FBI memo that there was an underground bunker here, now this guy, who is a historian in this town, tells us the same thing.

“All of a sudden this is possibly not a wild goose chase.” 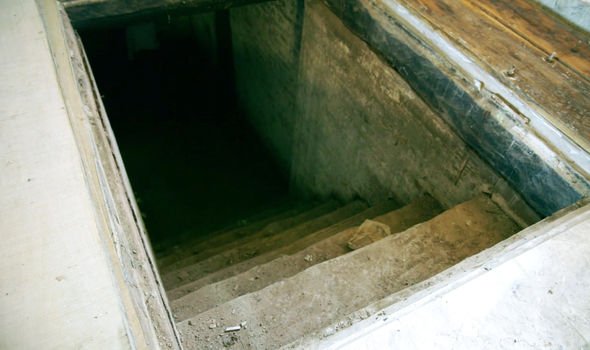 The team headed to the farm to take a look at the underground cellar, but were hit with conflicting testimony from the owners.

They told translators: “The basement is right there, but there is nothing.

“It is impossible, it was all merchandise.

“Since the original owner, it was a goods store, a general store.”

But Mr Rambam was not convinced and asked to take a look at the basement himself. 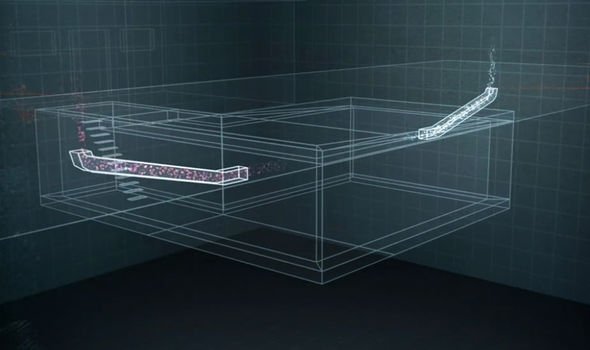 He noted: “Why would you have a store out in the middle of nowhere?

“We know during the 20th century the vast majority of the inhabitants in this area were German.

“70 years after the war and these people are terrified to tell us anything.”

After heading below the floor, the team were shocked to find the space so well-kept. 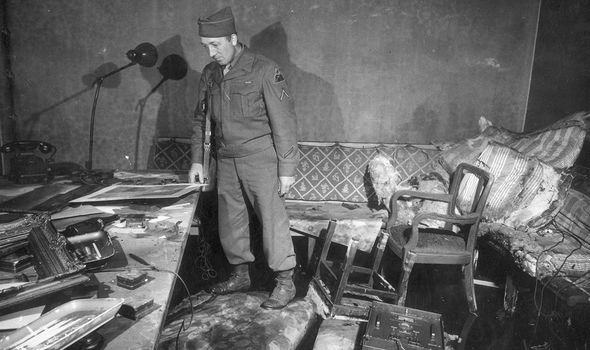 US Special Forces soldier Tim Kennedy said he had seen similar structures while hunting terrorists in the Middle East.

He stated: “My expectation of a root cellar underneath a farm was some shoddy mud-type support with some wood beams and a dirt floor.

“That couldn’t have been further from the truth.

“The construction was very, very well-made walls, with brick and cement, and gigantic, thick overhead beams with tile on top of them.

“The bunkers that I’ve seen when I was in Baghdad, Iraq, have subterranean features that looked very similar to this site. It’s very suspicious.”

Despite the claims in the show, the FBI states that the information within the declassified documents pertaining to the escape and sightings of Hitler cannot be verified.

Moreover, it is not a shock that the FBI would investigate something at the time, with Hitler being such a prominent figure.

In 2017, French forensic pathologist Philippe Charlier confirmed that teeth on one of the jawbone fragments found near the bunker were in “perfect agreement” with an X-ray taken of Hitler in 1944.

The results were later reported in the European Journal of Internal Medicine in May 2018, revealing that the dental remains were definitively Hitler’s teeth.

According to Dr Charlier: “There is no possible doubt. Our study proves that Hitler died in 1945 [in Berlin].”