Hurricane Florence, now a tropical storm, is tearing through the Carolinas with heavy rainfall and 50 mph wind.

The center of the storm is hovering over eastern South Carolina, after making landfall at Wrightsville Beach, North Carolina, on Friday.

But the wind is not the main threat to people and property from the storm; it’s the storm surge and rainfall, which combined have caused serious flooding in the low-lying coastal regions of the Carolinas.

In the Atlantic Ocean, the hurricane season generally runs from June 1 through November, with the peak of storm activity occurring around September 10. The storms form over warm ocean water near the equator, when sea surface temperature is at least 80 degrees, according to The National Hurricane Center.

As warm moisture rises, it releases energy, forming thunderstorms. As more thunderstorms are created, the winds spiral upward and outward, creating a vortex. Clouds then form in the upper atmosphere as the warm air condenses.

As the winds churn, an area of low pressure forms over the the ocean’s surface. At this point, hurricanes need low wind shear — or a lack of prevailing wind — to form the cyclonic shape associated with a hurricane. Once the wind speed hits 74 mph, the storm is considered a Category 1 hurricane on the Saffir-Simpson scale. 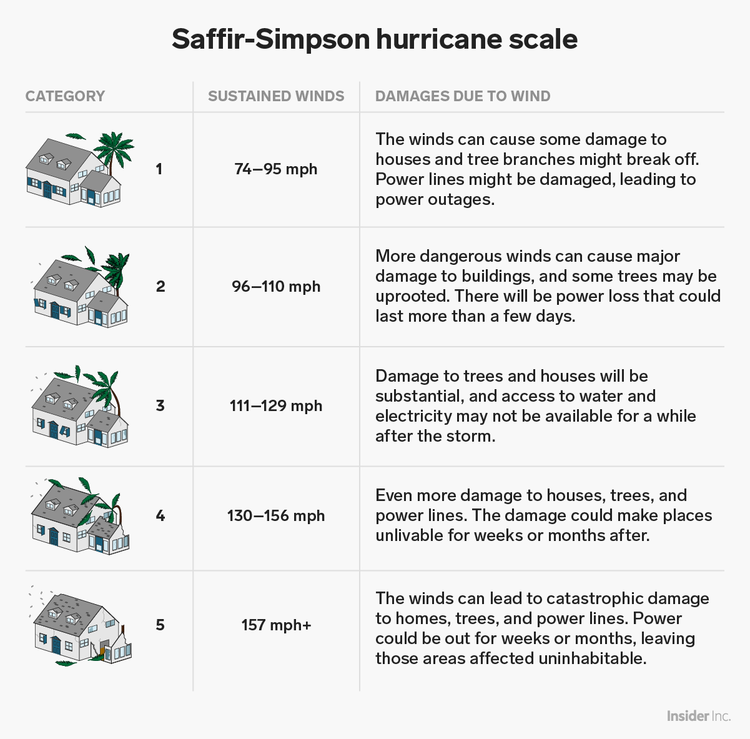 Hurricanes use warm water as fuel, sucking up moisture and expanding outward. But when the storm moves over colder water or land, it dissipates.

Because climate change is causing ocean and air temperatures to climb, hurricanes are getting stronger, wetter, and more sluggish.

Recent research from the National Oceanic and Atmospheric Administration found that storms slowed by an average of 10% between 1949 and 2016, making storm surges and the associated flooding more costly and disastrous.

On top of all this is sea-level rise, which increases the flood risk from hurricanes. In 2010, scientists from the Coastal Resources Commission wrote a report that showed the sea level on North Carolina’s coast could rise by 39 inches by 2100.

According to recent research, Hurricane Florence’s forecasted rain totals are more than 50% higher than they might have been if humans hadn’t warmed up the atmosphere by burning fossil fuels.