Follow
Home » Science » How much you save may be influenced by your heritage:

How much you save may be influenced by your heritage:

How much you save may be influenced by your heritage: Immigrants keep the spending habits of their grandparent’s country of birth — not the place they grew up, new study claims

How much money you save over the course of your lifetime may be influenced by where your ancestors came from, a new study suggests.

UK-born children and grandchildren of immigrants tend to mirror the money saving behaviour of their relatives’ country of birth, rather than their own.

The latest research is the first to discover a link between culture and saving behaviour, its authors claim. 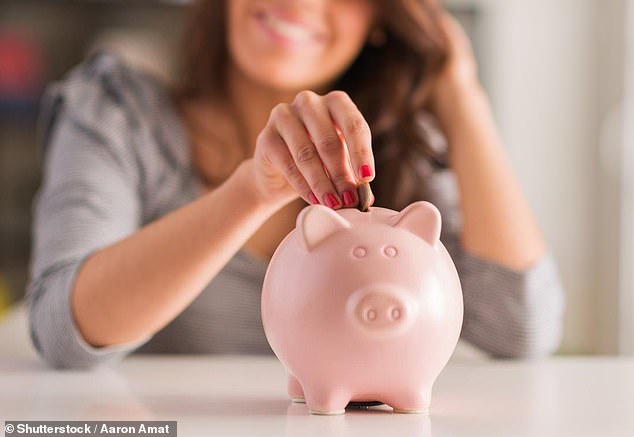 How much money you save over the course of your life could may be influenced by where your ancestors came from. UK-born grandchildren of immigrants tend to mirror the money saving behaviour of their grandparents’ country of birth, rather than those of their peers (stock)

HOW DO MIGRANTS PASS ON THEIR FINANCIAL HABITS?

This leads to ingrained saving behaviours and norms which continue to influence people’s behaviour outside of their birth country.

These norms are then passed down the generations through what researchers call ‘intergenerational cultural transmission’, where parents pass their beliefs and values onto their children.

Researchers from the London School of Economics and Political Science (LSE) used long-term data to explore the saving habits of UK migrants, their children, and their grandchildren.

They found that culture impacts on saving habits for up to three generations.

Researchers found the money-saving behaviour of migrants’ children and grandchildren still tended to reflect that of their birth country.

That is despite living under different economic and institutional conditions, including a different tax and welfare system, to their country of birth.

For example, the UK-born children and grandchildren of people born in countries with high saving rates, such as China, tended to save at a higher rate.

Likewise, the children and grandchildren of those from countries with low-saving rates tended to save at a lower rate. 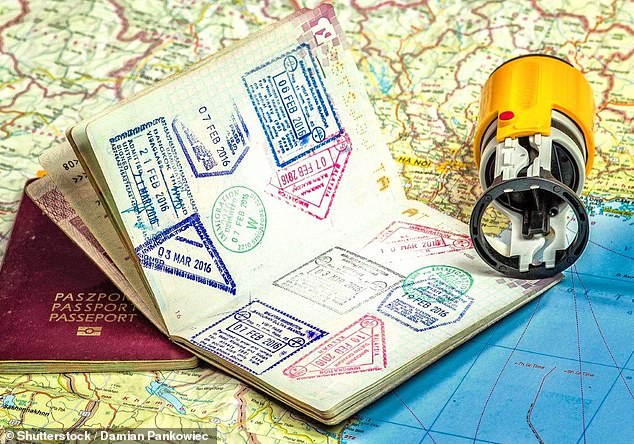 ‘This study is important because it contributes to understanding the determinants of saving behaviour,’ said Dr Berkay Ozcan from the department of social policy at LSE.

‘Social scientists have been trying to understand determinants of saving behaviour in order to design various policies, such as retirement and pension policies, which are aimed at increasing savings.

‘Our research shows that culture is an important determinant and should be taken into account when designing incentives and policies for saving behaviour.’

Researchers believe the findings are down to different cultures placing different levels of importance on saving.

This leads to ingrained saving behaviours and norms which continue to influence people’s behaviour outside of their birth country.

These norms are passed down the generations through what the researchers refer to as ‘intergenerational cultural transmission’, where parents pass their beliefs and values onto their children.

The full findings of the study were published in the journal PLOS One.

RICH LIST: Who are the richest people in the UK? 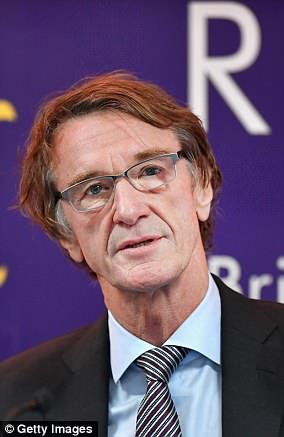 Jim Ratcliffe, founder and boss of chemical giant Ineos, topped the Sunday Times Rich List this year – sailing ahead of a record 145 billionaires now living in the country.

The 65-year-old, who grew up on a council estate in Greater Manchester, saw his wealth increase by an astonishing £15.3 billion between 2017 and 2018.

Born in 1952, Jim Ratcliffe grew up in a council house on Dunkerley Avenue in Failsworth, a small town between Manchester and Oldham.

He was sent to Beverley Grammar School when his family moved to Yorkshire.

As well as being football mad, he founded the school’s industrial society during sixth form.

He got a 2:1 degree in chemical engineering at the University of Birmingham.

On his first day, he was embarrassed to see he was nearly at the bottom of a list of 99 undergraduates ranked by their A-level results.

He worked for BP during a summer holiday after graduating and was offered a job. But he was fired after just three days because his boss had seen his medical report and wasn’t keen on him working there with mild eczema.

Ratcliffe went on to work as a trainee accountant at a pharmaceuticals company before moving to Esso then Courtaulds.

In 1992 he mortgaged his house to buy BP’s chemicals division for about £40 million.

He only started his first business weeks before his 40th birthday and founded Ineos aged 45 in 1998.

During the next 20 years he built his empire.

Ratcliffe married his first wife Amanda Townson in 1985. The pair, who have two sons, divorced in 1995. He has a daughter with his second wife Alicia.

Cutting a svelte figure, he does distance running and triathlons to keep himself in shape.

Hot on the heels of Ratcliffe are brothers Sri and Gopi Hinduja.

In 2014 the Hinduja brothers bought the 1,100-room War Office in Whitehall where Winston Churchill plotted the defeat of the Nazis.

Raffles Hotels & Resorts plan to open a luxury hotel in the historic building.

The 67,000 square foot mansion is made up of four interconnected Georgian houses.

The Ukraine-born billionaire, who became a UK citizen in 2010, was once at the top of Britain’s rich list but slipped a few places after a £723 million dip.

Not afraid to party like he means it, Sir Len once enlisted Joss Stone to sing on his yacht.

As well as enjoying his riches, the music mogul has also made some unbelievable donations to charity, earning him a knighthood for philanthropy in 2017.

Among his financial gifts was £75 million to Oxford University.

As a gesture of thanks, the famous institution now has a Blavatnik School of Government.

David Reuben, 79, and his brother Simon, 77, made their fortunes from carpets, metal and property.

But their role in the Russian aluminium industry placed them firmly on the map.

The pair, dubbed the ‘metal tsars’, control five per cent of the world’s aluminium output through their Trans-World Metals operation.

Their two main operations, Reubros and Aldersgate, are valued at £14 billion, up nearly £1.79 billion on last year.

The brothers, who left Russia in 2000, had made about £1.3 billion over the previous decade.

Among their UK property investment portfolio are Millbank Tower and the John Lewis Partnership HQ in Victoria.

Lakshmi Mittal, 67, provides the steel for one in four of the world’s cars.

His father built a steel firm in India and the metal industry has been a part of his life since childhood.

He made his billions by acquiring and turning around underperforming rivals across the globe.

Mittal has lived in London since 1995 and owns three houses in Kensington Palace Gardens worth more than £300 million.

His family has a small stake in Queens Park Rangers football club.

TOP TEN: THE RICHEST PEOPLE IN THE WORLD 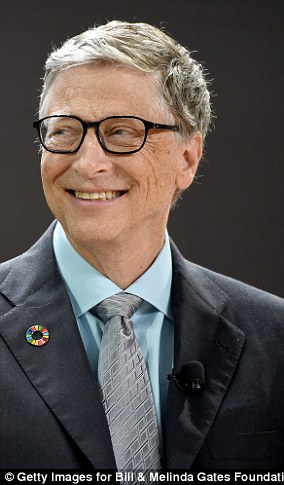 The Microsoft founder has been on the Forbes Rich List since 1987, and between 1995 and 2017, he ‘won’ the top position all but four years. He is also known for his philanthropic work along with his wife Melinda.

The American business investor is the CEO of Berkshire Hathaway, which wholly owns companies such as Geico and Dairy Queen and parts of Cocoa Cola, Kraft Heinz and Apple.

The 69-year-old is head of LVMH, the world’s largest luxury-goods company, which includes Louis Vuitton, Dior, Moët & Chandon champagne and Hennessy cognac. He is the richest person in fashion – and in France.

Zuckerberg, 34, launched Facebook along with his college friends while at Harvard University, and is still the CEO of the social media giant.

The Mexican business magnate, 78, was the world’s richest person from 2010 to 2015. He has made his fortune from buying into Mexican companies, and accounts for 40 per cent of the listings on the Mexican Stock Exchange.

The brothers, aged 82 and 78, head up Koch Industries, the second-largest privately held company in the United States.

The 73-year-old American co-founded software company Oracle. He is the owner of the sixth largest Hawaiian island and his own racing yacht team. 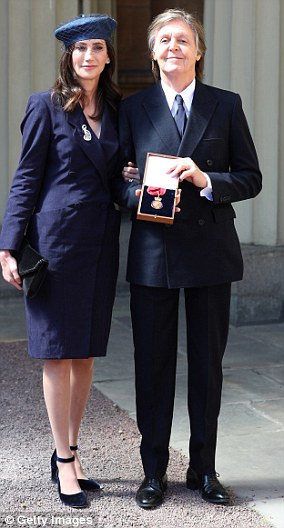 And the wealthiest young musicians are… 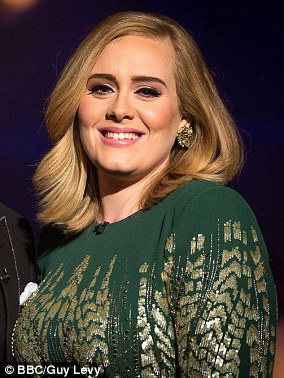