Huawei unveils Mate XS foldable smartphone and announces it will be available outside China for the first time – but analysts question durability and eye-watering £2,299 price tag

Huawei has unveiled a new version of its foldable smartphone – the first that will be released outside of mainland China.

The Mate Xs is the Chinese tech firm’s second folding phone after the Mate X, which launched last year.

Like its predecessor, the Mate Xs has a screen that wraps around the outside of the device, which can be opened out to become an eight-inch tablet-sized display.

Despite revealing its first foldable phone a year ago, Huawei did not release the original Mate X in the UK after the company’s trade ban in the US meant it was no longer able to access Google apps, including YouTube and Google Maps.

The company has since begun building up its own app store – Huawei AppGallery – to replace Google’s Play Store app marketplace. 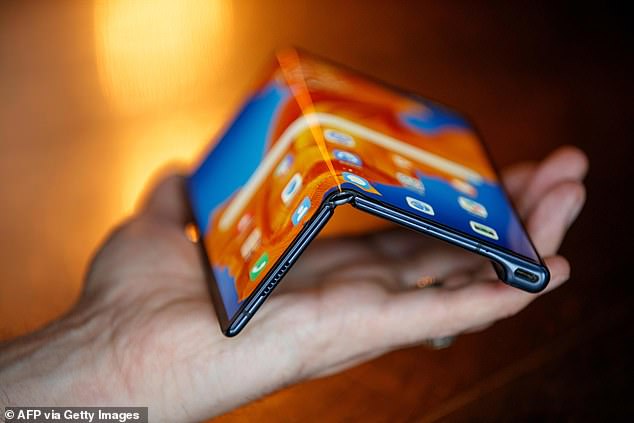 The Mate Xs has a screen that wraps around the outside of the device, which can be opened out to become an eight-inch tablet-sized display 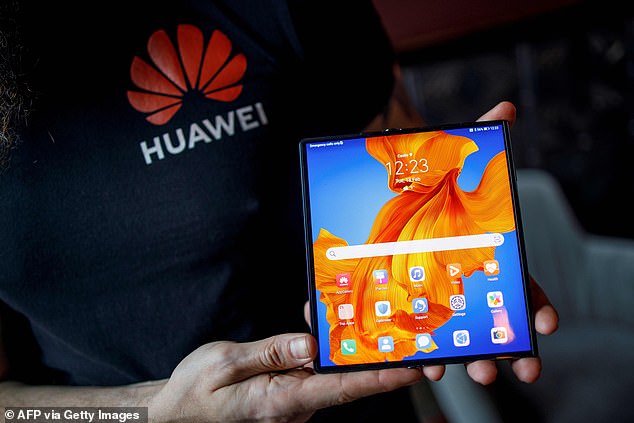 The device runs Android but does not have access to Google’s Play Store app marketplace, with Huawei offering apps through its own AppGallery instead

Google has urged users not to attempt installing its apps on new Huawei phones through unofficial means, warning that the process was ‘high risk’ as it could not guarantee apps installed in this way had not been ‘altered or tampered with in ways that can compromise user security’.

Speaking at Huawei’s announcement, chief executive Richard Yu said the company ‘remains committed to the Google ecosystem’ and to working with it and other US companies in the future.

He said the Chinese firm ‘brings value’ to US companies with its technology, and in a swipe at the trade ban placed on it by the United States, said he believed ‘technology should be open and available to everyone’.

On the new foldable, Huawei said the Mate Xs had a 6.6-inch front screen and a 6.38-inch display on the rear of the device, which unfold to become an eight inch screen – similar to the original Mate X.

Mr Yu said the Mate Xs had also been ‘mechanically improved’, with improvements made to the falcon wing hinge used to fold the phone. 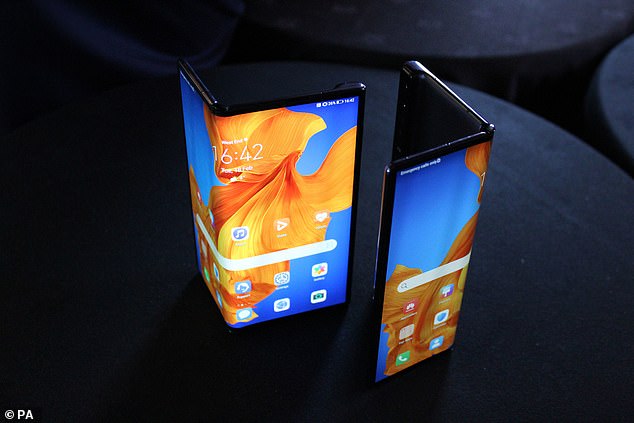 The Mate Xs had a 6.6-inch front screen and a 6.38-inch display on the rear of the device, which unfold to become an eight inch screen 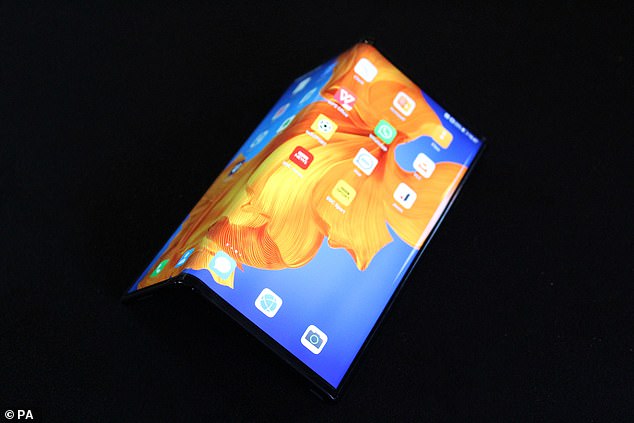 Mr Yu confirmed the Mate Xs would cost £2,299 and would go on sale ‘next month’ globally.

In contrast to Huawei, that device is designed to be a similar size to modern-day smartphones – it opens vertically like the flip phones popular in the early 2000s and has a 6.7-inch display and costs £1,300.

The new Huawei foldable was unveiled alongside a number of other new devices, including the MatePad Pro 5G tablet and several new MateBook laptops.

Industry expert Ben Wood, from analyst firm CCS Insight, said that despite improvements to the folding phone’s design, he still had concerns about the flexible screen on the Mate Xs.

‘The Mate Xs appears to be a heavily re-engineered update to the original device, addressing the fragility of the folding screen in particular,’ he said.

‘Based on a quick hands-on test, the hinge mechanism seems to have been significantly improved, however, I still have major reservations about the long-term durability of this design approach, with the flexible display permanently exposed.’

He said the high price meant the device would be ‘ultra-niche’ rather than for mainstream phone users. 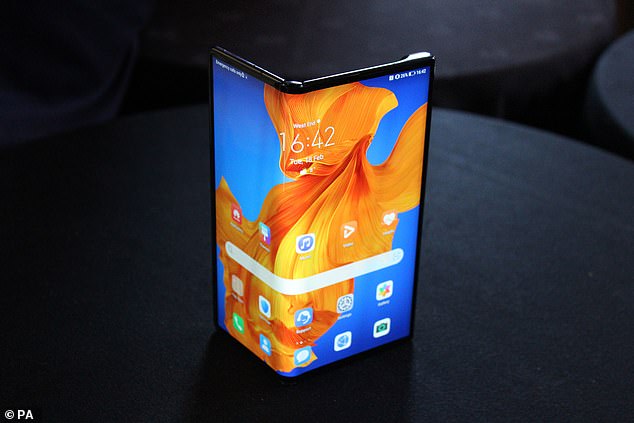 The Huawei Mate Xs will cost £2,299 and would go on sale ‘next month’ globally. 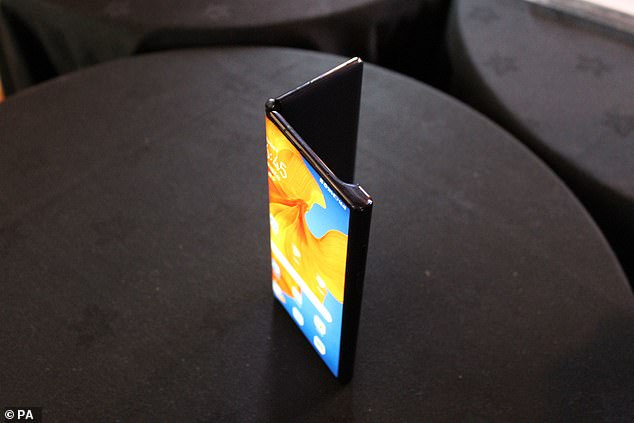 Thomas Husson, principal analyst at Forrester, added that Huawei’s attempts to grow its own app ecosystem would take time.

‘The lack of Google Mobile Services – and more specifically of the Google Play Store and Google Maps, YouTube or Gmail – will become an issue for many European consumers to buy a Huawei smartphone.

‘Huawei Mobile Services and AppGallery to be launched on new Honor devices and on forthcoming P40 Huawei smartphones will struggle to become a serious alternative in 2020.

‘It requires several years to truly build an app ecosystem with brands, developers and publishers.’

Mr Husson said he also did not expect the Mate Xs – Huawei’s second foldable device – to sell in large numbers due to its £2,299 price tag.

‘The launch of the new Mate Xs will remain a niche innovation since foldable smart devices are still very expensive and do not really offer new differentiated consumer experiences,’ he said.

In terms of foldable phones available in the UK, the Mate Xs follows Samsung’s Galaxy Fold and Galaxy Z Flip, and the recently launched Motorola Razr.

Fol, Huawei, Mate, New, unveils, Xs
You may also like: