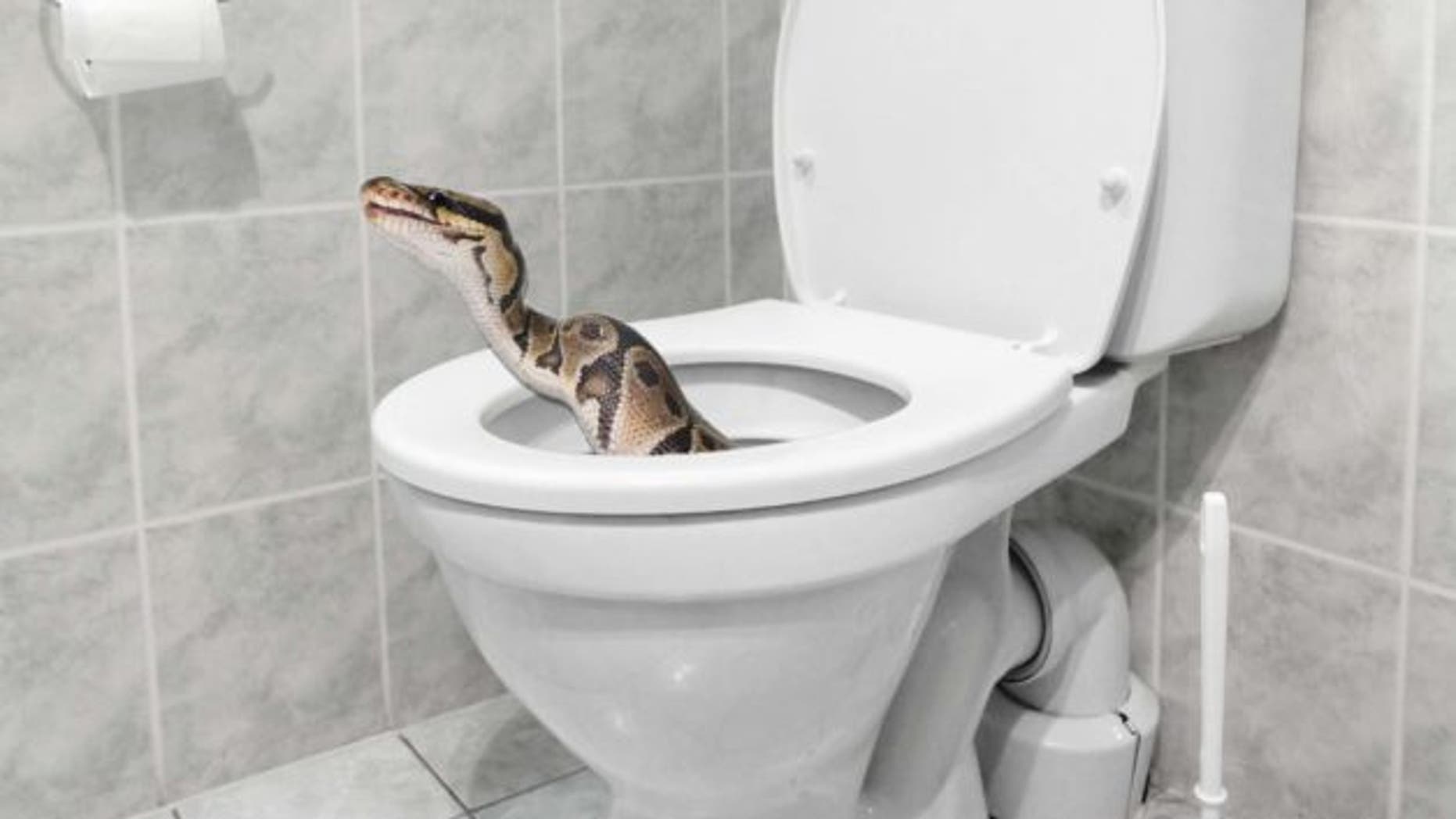 An Australian man was frightened to find a python (like the one pictured) peeking out of his toilet over the weekend.
(iStock)

An Australian man was getting ready to do his "business" on Saturday morning when he was startled by a large carpet python peeking its head out of the toilet.

The unwelcome house guest surprised the man and his family, who live in Wynnum West — a suburb of Brisbane. Frantic, the family called Stew Lalor, a local snake catcher, for backup.

"They gave us a call to have it removed so they could finish their business in peace, without the local natives watching," Lalor wrote on Brisbane Snake Catchers' Facebook page, noting the reptile gave the family quite a "fright."

Photos of the carpet python, which was estimated to be a bit longer than five feet, went viral with nearly 3,000 shares. Thousands of people commented on Lalor's post, thanking the snake catcher for reminding them to check the "loo" before sitting down.

"What would happen if you sat down to do your business and didn’t notice!? I always go to the toilet in the dark!!!" one Facebook user asked.

"And this is why you put the toilet seat down!!!" another commented.

"This is my worst nightmare!!!!" a woman exclaimed, as many echoed her fear.

RATTLESNAKE TERRIFIES NORTH CAROLINA BOATERS AS IT SWIMS ACROSS LAKE, ATTEMPTS TO SLITHER ABOARD

Lalor told Yahoo News that the man who reported the carpet snake was "taken back" by the sighting. While it's rare, Lalor said he has received calls about a snake in the toilet before.

“A lot of times they are chasing a rat or a mouse into the sewerage piping," he explained. “Not every day, but it does happen.”

It's not difficult for a snake to slither through pipes. Fortunately, Lalor said this was an easy job.

The "curious" snake had its head out of the water, making it a breeze to pull out and relocate.

“I’ve had jobs in the past where I’ve had hands in the toilet for half an hour,” Lalor told the Courier Mail. “This guy half took himself out [of the water] for me which was unusual."

Lalor advises those who find themselves in a similar situation to call an expert to safely remove the reptile — never try flushing.

A carpet snake is a non-venomous snake with a thick body covered in yellow and white speckles. It's one of the largest snakes in Australia and is a popular choice for a pet in the region, Northern Territory Government states online.

Au, gives, huge, in, Python, toilet
You may also like: