LOS ANGELES – A trash collection device deployed to corral plastic litter floating in the Pacific Ocean between California and Hawaii has broken apart and will be hauled back to dry land for repairs.

If it can't be repaired there, it will be loaded on a barge and returned to its home port of Alameda, Calif.

The boom broke apart under constant wind and waves in the Pacific.

Slat said he's disappointed, but not discouraged and pledged that operations would resume as soon as possible.

"This is an entirely new category of machine that is out there in extremely challenging conditions," the 24-year-old Dutch inventor said. "We always took into account that we might have to take it back and forth a few times. So it's really not a significant departure from the original plan." 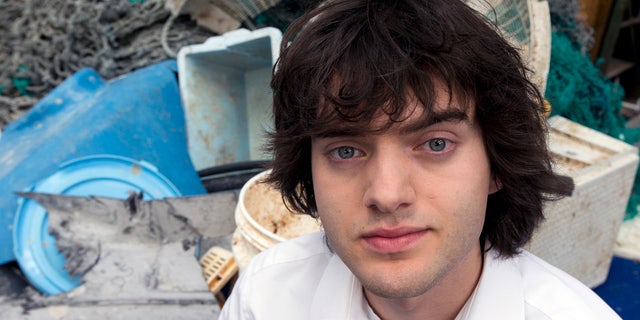 FILE – In this May 11, 2017, file photo, Dutch innovator Boyan Slat poses for a portrait next to a pile of plastic garbage prior to a press conference in Utrecht, Netherlands. (AP Photo/Peter Dejong, File)

Previously Slat said the boom was moving slower than the plastic, allowing the trash to float away.

A ship towed the U-shaped barrier in September from San Francisco to the Great Pacific Garbage Patch — an island of trash twice the size of Texas. It had been in place since the end of October.

The plastic barrier with a tapered 10-foot-deep screen is intended to act like a coastline, trapping some of the 1.8 trillion pieces of plastic that scientists estimate are swirling in the patch while allowing marine life to safely swim beneath it.

Slat has said he hopes one day to deploy 60 of the devices to skim plastic debris off the surface of the ocean.

boom, Collection, huge, in, trash
You may also like: