In-flight turbulence is getting worse thanks to climate change

Buckle up! In-flight turbulence is getting worse thanks to climate change heating up the jet stream

Transatlantic flights could be more of a bumpy ride in the future because climate change has a greater effect on the jet stream than previously thought.

Jet streams are narrow currents of air that carry warm and cold air across the planet found at high altitudes at speeds of up to 250mph (400kmph).

Researchers found that the jet stream has become 15 per cent more sheared in the upper atmosphere over the North Atlantic since satellites began observing it in 1979.

The greater the shear – the difference in wind speed or direction over a relatively short distance – found in jet streams, the greater the turbulence planes encounter. 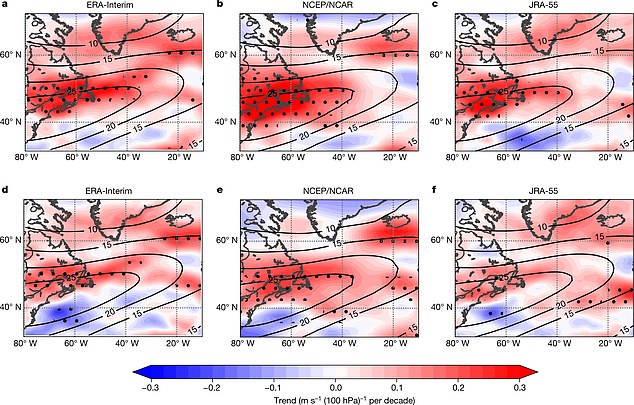 Transatlantic flights could be more of a bumpy ride in the future because climate change has a greater effect on the jet stream than previously thought. Pictured: Graphs representing satellite data showing vertical wind shear trends annually from 1979 to 2017

This can be severe enough to throw passengers out of their seats, terrifying nervous flyers and injuring hundreds of passengers and flight attendants every year.

Temperature difference between Earth’s poles and the equator is narrowing at ground level because of climate change.

The new study conducted by experts from Reading University shows for the first time that the opposite is happening at around 34,000 feet (6.4 miles / 10.3 km) – a typical cruising altitude for transatlantic flights.

‘Over the last four decades, temperatures have risen most rapidly over the Arctic, whilst in the stratosphere – around 12 km (7.5 miles) above the surface – they have cooled,’ lead author Simon Lee, a PhD student in meteorology at the university said in a written statement.

‘Our study shows these opposing effects currently balance out, meaning the speed of the jet stream has not changed.

‘However, we looked for the first time at the wind shear, where significant change has previously gone unnoticed.

‘This strengthens previous projections for increased clear-air turbulence, as we can see an increase in one of the driving forces has happened already.

‘This has serious implications for airlines, as passengers and crew would face a bigger risk of injury.’ 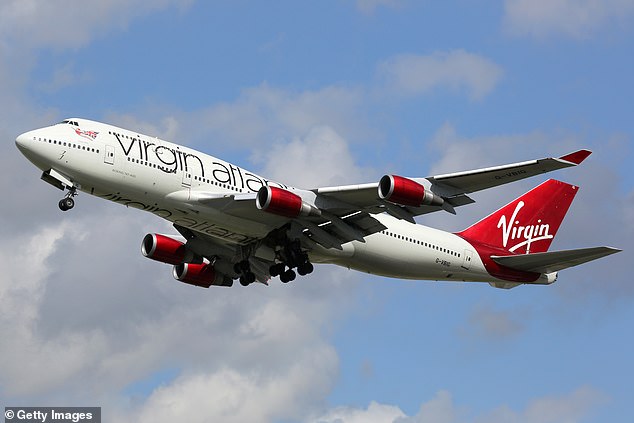 Vertical wind shear – the increase in wind speed at higher altitudes – causes invisible clear-air turbulence. This can be severe enough to throw passengers out of their seats, terrifying nervous flyers and injuring hundreds of passengers and flight attendants (stock image)

Tens of thousands of planes encounter severe turbulence every year, with an estimated cost to the global aviation sector of up to £826 million ($1 billion) each year.

This comes from flight delays, injuries to cabin crew and passengers, and structural damage to aircraft.

Experts from the university are now working with aircraft engineers to make sure that the next generation of planes are fit for a warmer and bumpier airspace.

‘Indications of a stronger jet stream in the future suggest the upper-level tug will eventually win out,’ added Mr Lee

‘This would also affect airlines by increasing flight times from Europe towards the US and speeding up flights the other way.’ 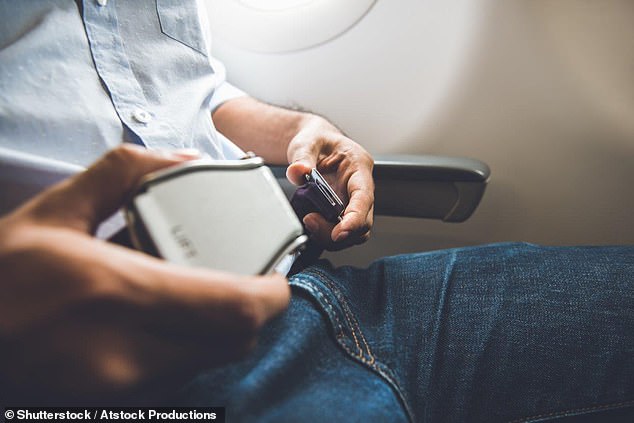 Scientists claim that human-induced climate change will make severe turbulence up to three times more common by 2050-80. This has serious implications for airlines, as passengers and crew would face a bigger risk of injury (stock image)

WHAT IS A JET STREAM?

Jet streams are fast flowing, narrow currents of air that carry warm and cold air across the planet, much like the currents of a river.

They cover thousands of miles as they meander near the tropopause layer of our atmosphere.

They are found in the atmosphere’s upper levels and are narrow bands of wind that blow west to east.

In the case of the Arctic polar jet this fast moving band of air sits between the cold Arctic air to the north and the warm, tropical air to the south.

When uneven masses of hot and cold meet, the resulting pressure difference causes winds to form.

During winter, the jet stream tends to be at its strongest because of the marked temperature contrast between the warm and cold air.

The bigger the temperature difference between the Arctic and tropical air mass, the stronger the winds of the jet stream become.

Sometimes the flow changes direction and goes north and south.

Jet streams are strongest – in both the southern and northern hemispheres – during winters.

This is because boundaries between cold and hot air are the most pronounced during the winter, according to the National Weather Service (NWS).

The direction the air travels is linked to its momentum as it pushes away from the earth’s equator.

‘The reason has to do with momentum and how fast a location on or above the earth moves relative to earth’s axis,’ NWS explains.

The complex interactions of many factors, including low and high pressure systems, seasonal changes and cold and warm air – affect jet streams.