Intel drones may help save the crumbling Great Wall of China

Drones could help save the crumbling Great Wall of China: Intel’s Falcon 8+ craft are being deployed to spot sections that have fallen into disrepair

Intel is deploying hi-tech drones to help spot parts of the Great Wall of China that have fallen into disrepair.

The chipmaker is sending some Falcon 8+ drones to shoot aerial photos of the famous Jiankou section of the wall, a 20km (12.4m) stretch that’s known for its steep climbs and scenic views.

Due to its thick vegetation and centuries old materials, the areas has ‘naturally weathered’ and requires repair — a process that can be made easier by using drones, Intel said. 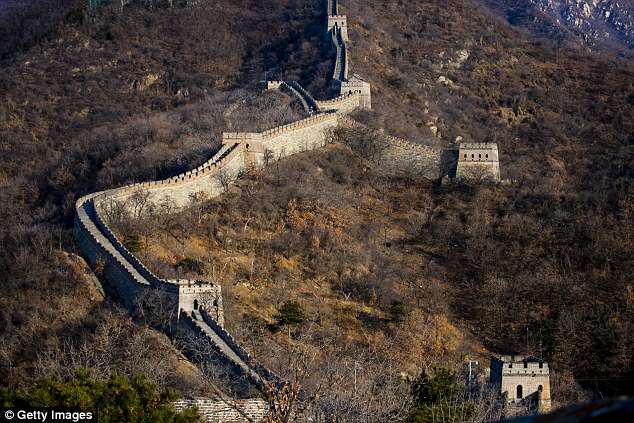 Intel is sending Falcon 8+ drones to shoot aerial photos of the famous Jiankou section of the Great Wall of China, which is known for its steep climbs, thick vegetation and scenic views

Intel, which is partnering with the China Foundation for Cultural Heritage Conservation for the project, will send its Falcon drones to take aerial photos that will then be converted into high-definition images.

Artificial intelligence will create a visual representation of the Great Wall to identify areas that are in need of repair and plan the safest way to restore them.

The project will take place over the next few months.

Intel unveiled its Falcon 8+ drone in 2016, billing it as a professional unmanned aerial vehicle with the ability to handle challenging environments and weather conditions, as well as to produce extremely precise data.

‘Using drones, we are able to inspect multiple aspects of the structure including areas that are quite inaccessible,’ said Anil Nanduri, vice president and general manager of Intel’s drone team, in a statement.

‘We continue to be excited about the future of inspections being automated all the way from drone data capture to data processing, analysis and insights’. 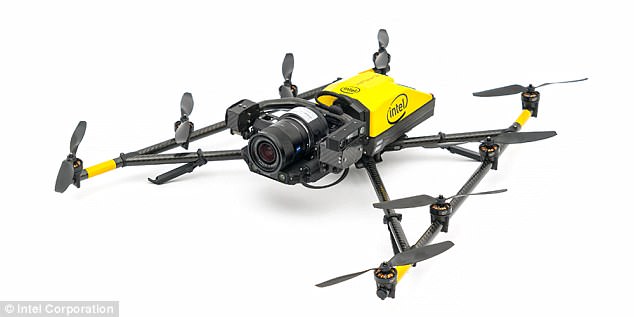 Intel unveiled its Falcon 8+ drone (pictured) in 2016, billing it as a professional unmanned aerial vehicle with the ability to handle challenging environments and weather conditions, as well as to produce extremely precise data 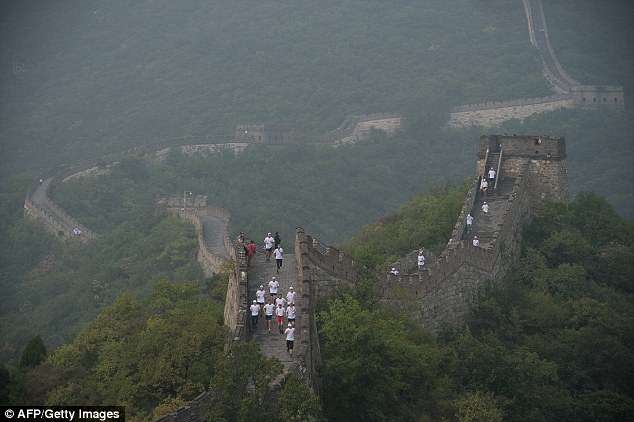 At more than 700 years old, the Jiankou section is particularly in need of maintenance.

It runs for more than 20 kilometers (12.4 miles) at 1,141 meters about sea level, according to the South China Morning Post.

Most of the Jiankou section hangs on steep clips and, in many areas, steps have eroded over time.

‘As one of the Seven Wonders of the Great World, the Great Wall has been exposed to weather erosion for thousands of years,’ said Li Xiaojie, chairman of the China Foundation for Cultural Heritage Conservation.

‘Some parts are on steep inclines, which pose a great challenge for daily maintenance’

‘Our partnership with Intel has opened new avenues for preservation’, he added.

HOW DID INTEL SET A NEW RECORD FOR A SYNCHRONIZED DRONE LIGHT SHOW?

Following its 500-strong world record display in which it spelled out its logo in lights, Intel has launched its own display drone.

Called the Shooting Star, the small quadcopters are lightweight and have encased propellers.

They weight just 280 grams, can stay in the air for up to 20 minutes and can even fly in the rain.

It could enable companies to program their designs using the software and launch an army of advertising drones to spell out their name in lights.

The small quadcopters are lightweight and have encased propellers, to protect stray fingers from coming to any harm.

Intel has doubled down on drone technology in recent years.

Earlier this year, the firm used drones to map oil and gas ranges in Australia.

In 2016, the tech giant sent 500 flashing drones dancing into the night sky, breaking its earlier record of a synchronised light show with 100 drones.

Beyond a one off spectacle, using fleets of drones to create light shows could pave the way for a new form of advertising – with brand names spelled out in hovering flashing lights.