People crave company when socially isolated — such as amid lockdown — in almost exactly the same way that a hungry individual longs for food, a study has concluded.

US experts found that after ten hours of seclusion, people not only want company but also exhibit increased brain responses to pictures of social interactions.

The findings build on past work that found mice exhibited increased responses in the midbrain dopamine system when being social after a period of isolation.

While this had suggested that the midbrain may play a role in feelings of social isolation, it had been unclear exactly whether the same would apply in humans. 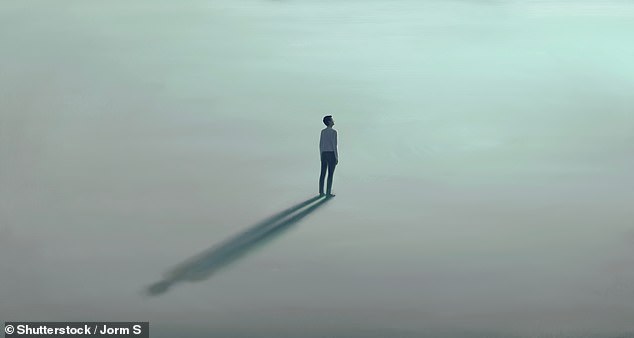 People crave company when socially isolated in almost exactly the same way that a hungry individual longs for food, a study has concluded (stock image)

In their study, neuroscientist Livia Tomova of the Massachusetts Institute of Technology and colleagues monitored 40 participants who underwent first ten hours of social isolation and later the same period of fasting.

After each session, each volunteer reported whether they felt lonely, longed for social interaction or had cravings for food.

In addition, the team also scanned each participant’s brain activity — using so-called functional magnetic resonance imaging, or ‘fMRI’ — while the subject looked at images of either social interactions, food or flowers.

The team also found that part of each participants’ midbrain — one associated with reward and novelty response consistent with dopaminergic activity — exhibited greater responses to social images after isolation and to food images after fasting.

The lonelier or hungrier the subjects reported feeling, the bigger the response.

Moreover, the team found that the midbrain activity in response to images of food or social interaction after the corresponding deprivation were more similar to each other than they were to the reactions to images of flowers.

This, they concluded, suggests that acute social isolation can lead to cravings for company that are similar to those felt for good when hungry.

‘Midbrain regions showed selective activation to food cues after fasting and to social cues after isolation.’ 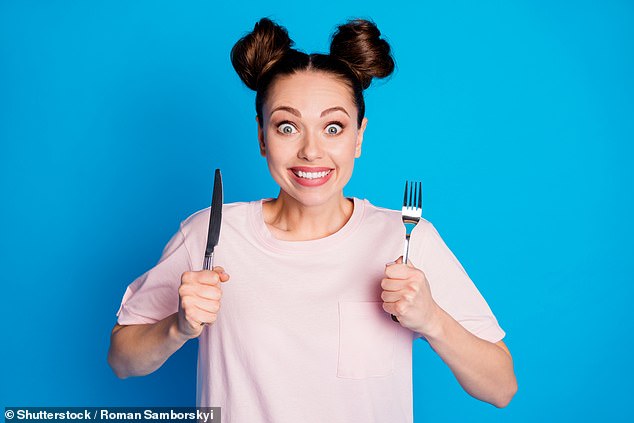 Unsurprisingly, the test subjects reported having increased food cravings (pictured) after the fasting period and heightened social cravings following their isolation period. The team also found that part of each participants’ midbrain — one associated with reward and novelty response consistent with dopaminergic activity — exhibited greater responses to social images after isolation and to food images after fasting

‘In early 2020, millions of humans experienced a sudden, externally mandated period of relative or complete physical isolation from others,’ she added.

‘This unprecedented upheaval in people’s social routines emphasised the need for a better understanding of human social needs and the neural mechanisms underlying social motivation.’

‘Chronic social isolation and loneliness are associated with lower physical and mental health but little is known about the consequences of acute mandatory isolation,’ she continued.

‘A vital question is how much, and what kinds of, positive social interaction is sufficient to fulfil our social needs and thus eliminate the neural craving response.’

The full findings of the study were published in the journal Nature Neuroscience.

comp, crave, isolation, makes, you
You may also like: