ISS SHOCK: How NASA Spacewalk live stream was INTERRUPTED by anomaly behind astronaut

On March 29, 2019, NASA astronauts Nick Hague and Christina Koch carried out Expedition 59 at the ISS alongside their Russian colleague Aleksey Ovchinin. The mission was supposed to be completed by Ms Koch and Anne McClain, which would have been the first all-female spacewalk. NASA cancelled that plan last minute though, due to a lack of spacesuits of the right sizes, replacing Ms McClain with Mr Hague, in a move that has sparked controversy.

However, it was not the last of the controversy surrounding the job.

As one of the astronauts carried out work on board the ISS, eagle-eyed viewers at home noticed something out of the ordinary.

Behind, an anomaly appeared to be floating in space, slowly rising up from the bottom of the screen to the top.

Eventually, the bizarre object disappears out of the shot of the camera, as the astronaut seems unaware. 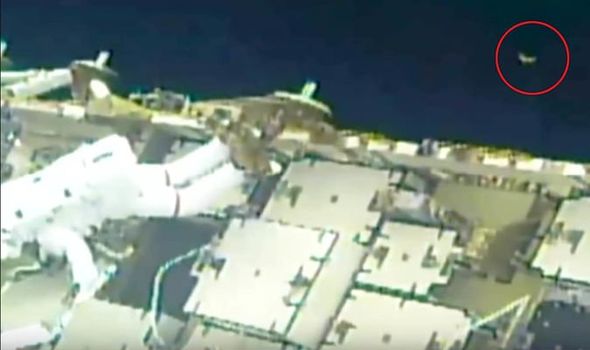 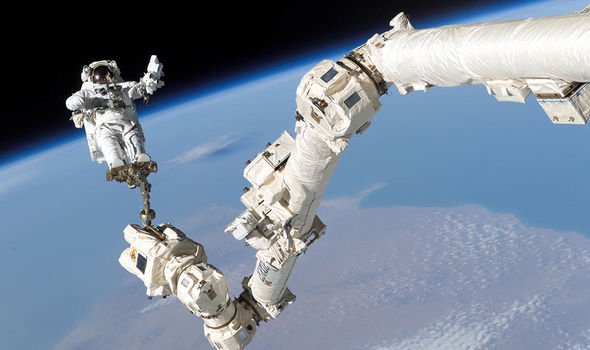 However, the moment was captured by one conspiracy theorist and uploaded to YouTube channel ET Data Base on April 19, where they claimed it could be a UFO.

The description on the video read: “I was watching a spacewalk when I noticed a UFO in the background.

“The astronaut was making a repair at the time and no one at NASA seemed to notice the craft.”

Comments soon flooded in agreeing some form of alien race may be monitoring activity at the ISS. 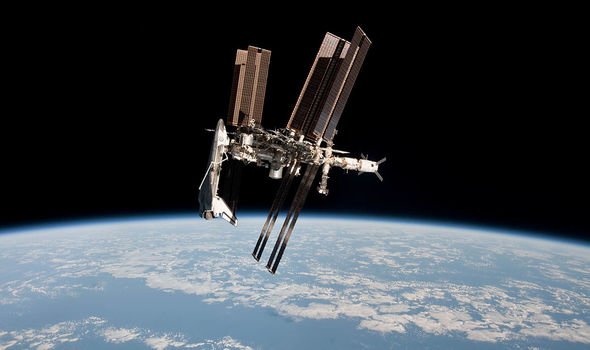 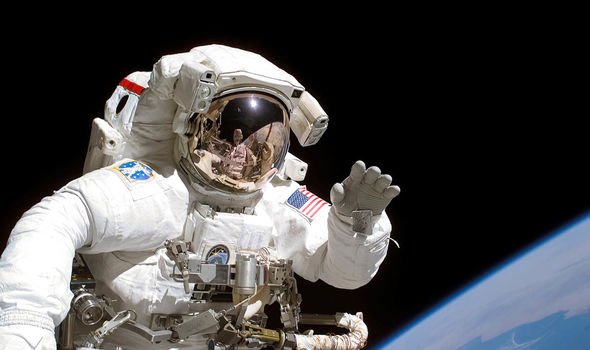 However, some did have a more logical answer.

One comment read: “That could be the Moon and the camera angle and distance made it look as if it was an object with a faint resolution.”

Another added: “That could have been the Moon.”

The ISS is an artificial satellite in low Earth orbit, just 400km away from the Moon.

It is possible the Lunar surface was travelling in the opposite direction to the satellite, making it appear like a moving object.

The sighting came just days before we saw similar scenes during the April 8 Spacewalk. 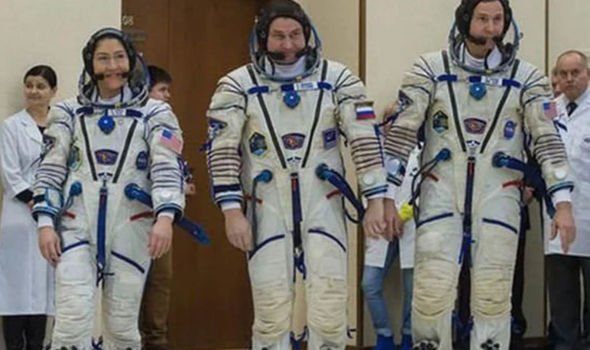 However, just hours before Ms McClain and Mr Saint-Jacques were scheduled to walk outside the ISS, something bizarre happened.

A small, white object appeared to make its way from Earth up into the night sky, travelling from left to right.

Then, just before it went out of shot, a second anomaly appeared from the top of the screen and headed back in the other way, before appearing to disappear altogether.

However, despite the strange sighting, NASA’s mission went ahead without any interference.