Jeff Bezos restated his ambition to build floating space colonies where people could in orbit, saying that the colonies would have excellent climates, with weather like “Maui on its best day, all year long.”

The Amazon founder made the comments at a Thursday press conference in Washington, D.C., where he unveiled the Blue Moon lander — a giant vehicle that can deliver payloads, and perhaps one day astronauts, to the surface of the moon.

Read more: Jeff Bezos has unveiled an enormous ‘Blue Moon’ lunar lander to ferry payloads — and maybe people — to the moon’s surface. Here’s what it looks like and how it’d work.

At the event, Bezos also branched out into his far-flung ambitions to put up to a trillion people in space with O’Neill colonies, a hypothetical space technology meant to sustain human life. 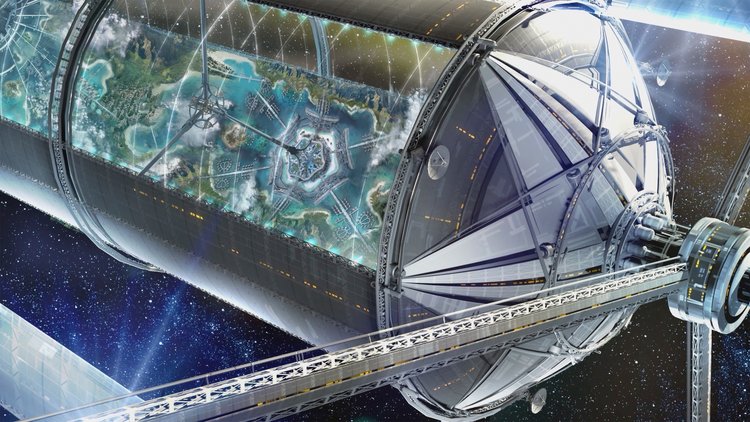 An artist’s concept of an O’Neill space colony.Blue Origin

They take the form of spinning cylinders in space that can replicate gravity, orbit the Earth, and give people and plants a place to live.

Bezos described the colonies as having “high speed transport, agricultural areas … cities in the background,” with some of them even being designed for recreation.

“They don’t all have to have the same gravity,” he said. “You could have a recreational one that keeps zero Gs so that you could go flying with your own wings. Some would be national parks.” 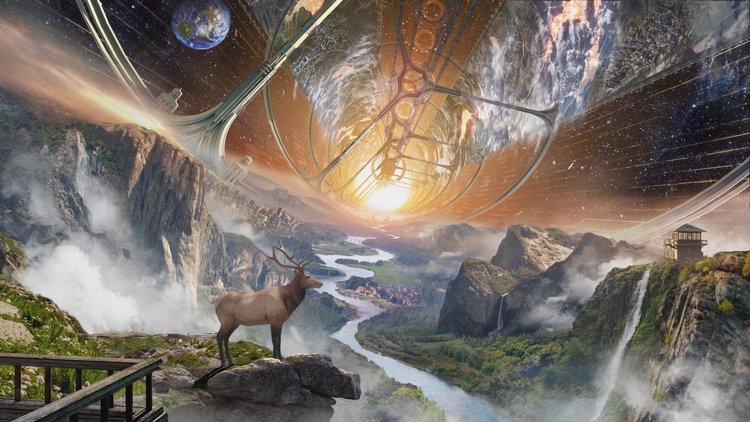 An artist’s concept of an O’Neill space colony, which could mimic a national park.Blue Origin

The cylinders are named after Princeton physicist Gerard O’Neill, who in 1976 suggested that other planets might not be the best place for humans to live away from Earth.

And, according to Bezos’s plan, living in those space colonies would be as easy and temperate as living in Hawaii.

“This is Maui on its best day, all year long,” he said,according to The Guardian. “No rain. No earthquakes. People are going to want to live here.”

Bezos envisions some of the colonies replicating existing cities on Earth.

“They might pick historical cities and mimic them in some way,” he said.” 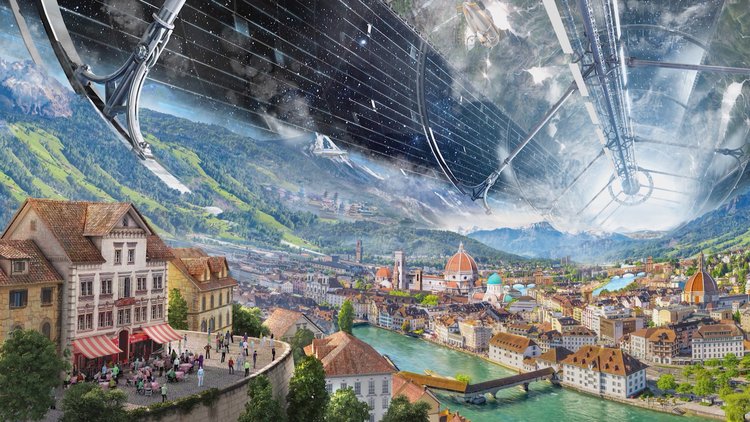 An artist’s concept of an O’Neill space colony, which could copy existing cities on Earth.Blue Origin

Some of these might even have a futuristic bent.

“There would be whole new kinds of architecture. These are very, these are ideal climates,” Bezos said.

He continued: “What does the architecture even look like when it no longer has its primary purpose of shelter? We’ll find out. These are beautiful. People are going to want to live here. And they can be close to Earth, so that you can return.” 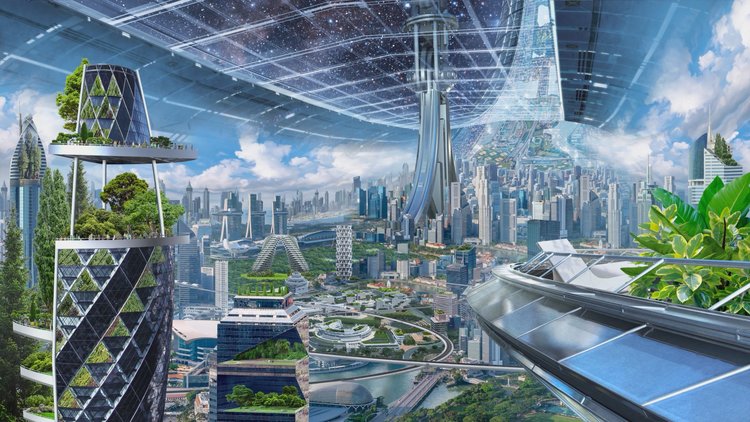 An artist’s concept of an O’Neill space colony with innovative architecture.Blue Origin

He noted that O’Neill colonies would have to be constructed by future generations, as the technology does not currently exist. But he pledged to start building the infrastructure now — starting with the Blue Moon lander.

Read more: Here’s the long-lost 1975 TV episode that Jeff Bezos makes people watch to understand what his space company is all about

Bezos has floated the idea of putting millions of people in O’Neill cylinders as early as 2016, and was said to have discussed it while studying at Princeton himself in the 1980s,according to GeekWire.

Bezos said on Thursday, according to the Financial Times: “If we move out into the solar system, for all practical purposes, we will have unlimited resources.”

Blue, blue origin, Jeff Bezos
You may also like: