Kary B. Mullis, 74, Dies; Found a Way to Analyze DNA and Won Nobel

Kary B. Mullis, a biochemist who won the 1993 Nobel Prize in Chemistry for discovering a way to analyze DNA easily and cheaply and thus pave the way for major advances in medical diagnostics, molecular biology and forensic science, died on Aug. 7 at his home in Newport Beach, Calif. He was 74.

The cause was heart and respiratory failure brought on by pneumonia, his wife, Nancy Cosgrove Mullis, said.

The process for analyzing DNA that Dr. Mullis invented is called polymerase chain reaction, or PCR. It replicates a single strand of DNA millions of times, enabling scientists to pinpoint a segment of the strand and amplify it for identification. Polymerase, an enzyme that synthesizes polymers and nucleic acids, is essential in creating DNA and RNA, the molecules that are responsible for coding DNA.

Before PCR, amplifying DNA took weeks, because it had to be generated in bacteria. Once Dr. Mullis’s process was perfected, it took only hours, opening up a world of possibilities.

Today, his method is used to detect genetic mutations that can lead to diagnoses of diseases, like sickle cell anemia; analyze ancient sources of DNA, like bones; assist in obtaining crime scene evidence; and determine paternity.

It was used as well to decode and map the entire human DNA as part of the Human Genome Project, the landmark international research effort that ran from 1990 to 2003.

As he told the story in his Nobel lecture, Dr. Mullis found his inspiration one night in 1983 while driving to his cabin in Mendocino, Calif.

At the time, Dr. Mullis was a lab director for Cetus Corporation, one of the first biotechnology companies, which had been founded in Berkeley, Calif. His lab made short strands of DNA molecules called oligonucleotides, and had become so efficient at it that it was making more than the company could use. Worried that some of his lab workers might be laid off because of their overproductivity, Dr. Mullis was searching for a way to use more of the molecules.

As he drove, he considered the challenges scientists faced in decoding and identifying problems in human DNA. There are billions of DNA base pairs, he knew, but they had proved exceedingly difficult to analyze because there was no easy way to focus on small groups of them.

Dr. Mullis knew that the oligonucleotides bond easily with DNA. The problem was how to isolate the DNA that scientists might want to analyze. Dr. Mullis, pondering ways to control the oligonucleotides, suddenly realized that they didn’t have to be controlled at all. The bonding would have a useful side effect: It would double the amount of DNA that scientists were interested in. The process could then be repeated over and over, expanding the DNA sample exponentially. It would be like pumping up a microbe to the size of a dinosaur.

Indeed, the science of PCR, because it allows for the unlimited replication of small bits of DNA, was one of the inspirations of “Jurassic Park,” the Michael Crichton novel about a theme park of cloned dinosaurs that Steven Spielberg turned into a movie franchise.

Though Dr. Mullis came up with the concept of PCR, proving that it worked was another matter; months after his breakthrough, he had still not done so. He had not written a paper to validate his idea.

“Mullis as an experimentalist is sort of hit and miss,” Thomas J. White, who got Dr. Mullis his job at Cetus, told The New York Times in 1998.

As a result, two other Cetus scientists, Randall K. Saiki and Henry A. Erlich, were put on the project, and the three published a paper about the process in 1985. No one, however, disputed that it was Dr. Mullis who had first figured it out.

For his discovery, Cetus awarded Dr. Mullis $10,000, but the company later sold the rights to his PCR process to the pharmaceutical giant F. Hoffmann-La Roche for $300 million. Dr. Mullis, believing he had been denied a just reward, remained bitter about it for the rest of his life.

He shared his Nobel Prize with Michael Smith, a British-born scientist, who was also cited for advances in DNA research.

In 1995, defense lawyers in the murder trial of O.J. Simpson enlisted Dr. Mullis as an expert witness because his PCR method had been used to analyze blood samples in the case. But he was ultimately not called to testify; prosecutors had made it clear that if he did take the stand they would try to undermine his credibility by bringing up his acknowledged history of drinking and drug use. 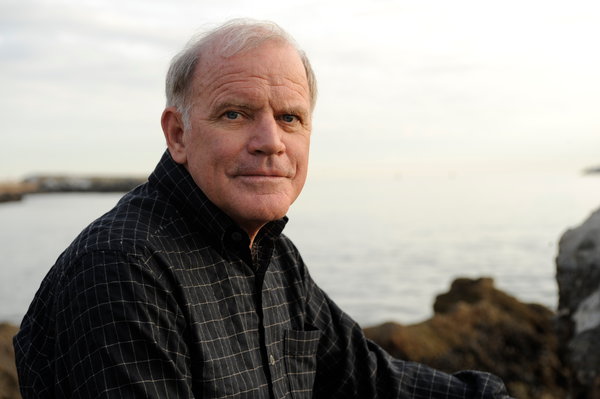 Kary Banks Mullis was born on Dec. 28, 1944, in Lenoir, N.C. He was the second of four sons of Cecil and Bernice Alberta (Barker) Mullis. His father was a furniture salesman. The family moved to Columbia, S.C., when Kary was 5. He got his start in science there one summer when, at 13, he designed and made his own rockets, inspired by the launch of the Soviet satellite Sputnik.

Dr. Mullis attended Dreher High School in Columbia and the Georgia Institute of Technology in Atlanta, graduating in 1966 with a degree in chemistry. He then headed to California, arriving in Berkeley around the time of the Summer of Love in 1967. As he spoke and wrote about it in later years, he used L.S.D. liberally. He earned his Ph.D. in biochemistry from the University of California, Berkeley, in 1972.

Dr. Mullis took a detour from science after that, trying his hand at writing fiction and then managing a bakery for two years. He then headed for Kansas, where his wife at the time was enrolling in medical school. He did a postdoctoral research fellowship in pediatric cardiology at the University of Kansas Medical Center, finishing in 1977. He returned to California and went to work at Cetus in 1979.

After the discovery of PCR, his career trailed off. He quit Cetus in 1986 and thereafter mostly stuck to the lecture circuit.

Dr. Mullis’s marriages to Richards Haley, Gail Hubbell and Cynthia Gibson ended in divorce. He married Nancy Cosgrove in 1997. Along with her, he is survived by a daughter, Louise Olsen; two sons, Christopher and Jeremy; two brothers, Brent and David; and two grandchildren. Another brother, Robert, died several years ago.

Dr. Mullis was naturally contrarian and none too fond of many scientists. “Scientists are doing an awful lot of damage to the world in the name of helping it,” he told The Times in 1998. “I don’t mind attacking my own fraternity because I am ashamed of it.”

He was skeptical of climate science and expressed doubts that H.I.V. causes AIDS, though Ms. Mullis said he had been misunderstood. “He thought it was premature to assign blame to one tiny retrovirus,” she said.

In 1998, Dr. Mulls gathered some of his controversial ideas — and unfiltered moments — into a book, “Dancing Naked in the Mind Field.” In one anecdote, on receiving the prestigious Japan Prize for his research, he recalled meeting the empress of Japan and calling her “Sweetie.”

In The New York Times Book Review, the science writer Dick Teresi called the book “darkly joyous” and an “autobiography of the nervous system of an extraordinary chemist.”

Chemi, DNA, nobel prize, Obituary
You may also like: