The NASA mathematician, who has been dubbed a trailblazer, a pioneer of spaceflight and a “human computer”, died on Monday, February 24. NASA Administrator Jim Bridenstine said: “Our NASA family is sad to learn the news that Katherine Johnson passed away this morning at 101-years-old. She was an American hero and her pioneering legacy will never be forgotten.”

Who was Katherine Johnson?

Mrs Johnson is a NASA pioneer who played a critical role in all three of NASA’s biggest space milestones: first manned spaceflight, first manned orbit of Earth and first manned landing on the Moon.

She was born Katherine Coleman on August 26, 1918, in White Sulphur Springs, West Virginia.

Mrs Johnson was the daughter of a lumberman and teacher, who has shown a natural affinity for mathematics from an early age.

By the age of 13, she was attending school at the West Virginia State College campus and was one of the first three African-American students to enter West Virginia’s graduate schools.

By 18, she had enrolled at West Virginia State College and graduated with highest honours in 1937.

By 1939, Mrs Johnson was handpicked to be among the first black students to be enrolled at the state’s prestigious West Virginia University. 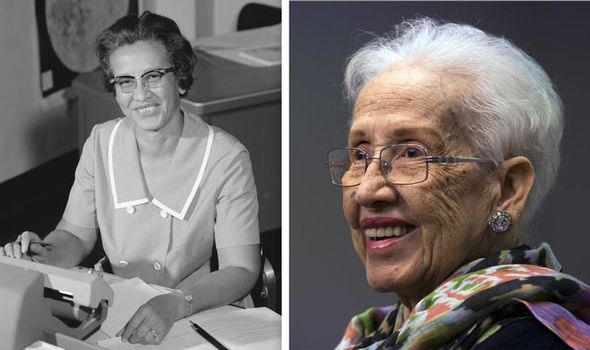 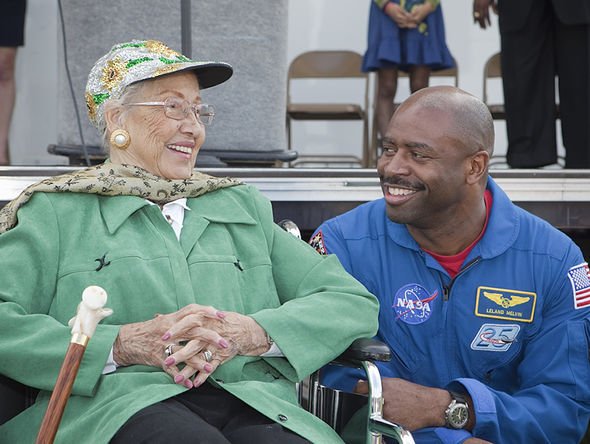 She undertook a graduate maths programme but left at the end of her first year to start a family with her first husband James Goble.

In 1952 she decided to move with her family to Newport News, Virginia, to work at the National Advisory Committee for Aeronautics’ (NACA) Langley laboratory.

NACA would eventually form the basis of NASA, setting Mrs Johnson on a career path towards the Moon.

In 1956, her husband died of cancer and a year later, 1957, the Soviet Union launched its first satellite, Sputnik.

At NASA, Mrs Johnson would go on to crunch the numbers for America’s first manned spaceflight.

On May 5, 1961, Alan Shepard became the first American to fly into space aboard the Mercury spacecraft Freedom 7.

A year later, in 1962, Mrs Johnson was handpicked by astronaut John Glenn to check the pre-programmed computer equations for what would become America’s first orbital flight.

The astronaut famously said: “If she says they’re good, then I’m ready to go.”

The astronaut’s flight was a success and he circled the Earth three times on February 20.

Mrs Johnson’s reputation at NASA meant she even helped calculate the flight trajectories for Apollo 11, helping put the first man on the Moon in 1969.

Although she retired from NASA in 1986, her legacy has earned her in 2015 the Presidential Medal of Freedom, America’s highest civilian honour. 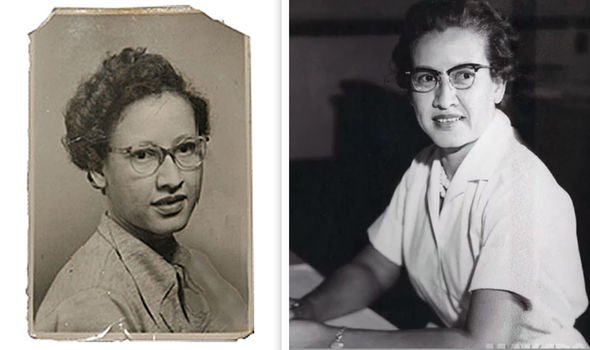 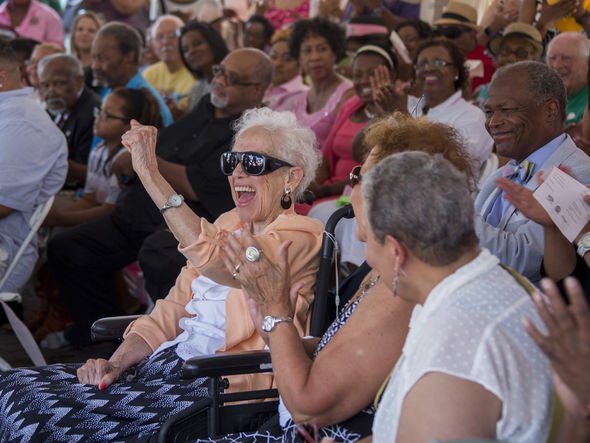 In 2016 she was portrayed by Taraji P Henson in the Oscar-nominated film Hidden Figures.

After the announcement of Mrs Johnson’s death, tributes have poured in from around the world.

Clayton P. Turner, director of NASA’s Langley Research Centre, said: “Her strength of character, bravery and mastery of mathematics helped America push beyond inequality to accomplish what some thought impossible.

“Her life will inspire Americans for generations to come.”

NASA Administrator Jim Bridenstine said: “At NASA we will never forget her courage and leadership and the milestones we could not have reached without her.

“We will continue building on her legacy and work tirelessly to increase opportunities for everyone who has something to contribute toward the ongoing work of raising the bar of human potential.”

“In the early US Space Program, that math was orbital mechanics, led by Katherine Johnson 1918 to 2020.

“May the number of those inspired by her story be computationally incalculable. Godspeed.”

And President Barack Obama, who awarded the mathematician with her Presidential Medal of Honour, paid tribute online.

He said on Twitter: “After a lifetime of reaching for the stars, today, Katherine Johnson landed among them.

“She spent decades as a hidden figure, breaking barriers behind the scenes. But by the end of her life, she had become a hero to millions – including Michelle and me.”