Laser pointer-like device can guide lightning to a safe target

Lightning is typically accompanied by strong winds during thunderstorms and these intense gust guide bolts to forests, turning organic material into raging wildfires.

Now, a team of international researcher believe they have found a way to navigate the electrical discharges to a safe target.

Using a tractor beam with a hollow center, micro-particles in the air can be heated and broken down, allowing them to delivered to a specific point.

Although still in the developmental phase, researchers believe the hand-held laser could be used in the field withing the next decade. 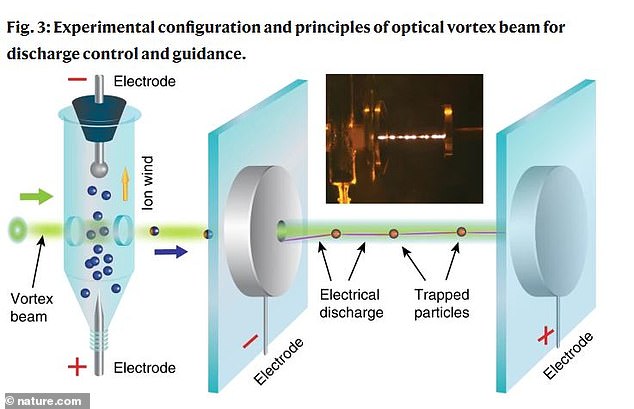 Using a tractor beam with a hollow center, micro-particles in the air can be heated and broken down, allowing them to delivered to a specific point

The tractor beam was initially designed to address the devastating bushfires in Australia from 2019 to 2020 that scorched more than 46 million acres, destroyed at least 3,500 homes and took the lives of 34 people.

Although it is yet to be tested outside a lab, the technique could potentially be used to control dry lightning strikes, infamous for sparking large blazes including several major bushfires in Australia and the western US in the past year, research co-author Professor Andrey Miroshnichenko from the University of New South Wales in Canberra told AFP.

In the lab, the team successfully used a laser tractor beam to direct the path of an electrical discharge to specific targets, Miroshnichenko said.

They achieved a 30 percent decrease in discharge by trapping the graphene microparticles in the air with the beam of a few hundred milliwatts of power. 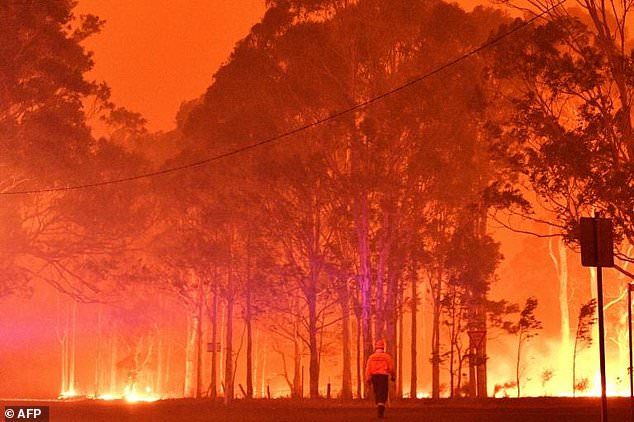 In the past, high-powered lasers were needed to achieve similar results, making the technique dangerous, costly and inaccurate.

The team used a laser intensity a thousand times less than that in any previous attempts, meaning any potential technology to control lightning could be much cheaper, safer and more precise.

‘It turns out that to deliver particles, you do not need high-intensity lasers, even low intensity like your laser pointer will be already enough,’ Miroshnichenko said.

‘We can imagine a future where this technology may induce electrical discharge from passing lightning, helping to guide it to safe targets and reduce the risk of catastrophic fires,’ co-researcher Vladlen Shvedov, from the ANU Research School of Physics, said.