Last month was the warmest May on record globally with temperatures in Siberia 18°F above monthly average, EU climate change service reveals

Last month was the warmest May on record with global temperatures 1.13°F (0.63°C) above average, according to the European Union’s climate change monitor.

Globally, warm temperatures reached up to 18°F (10°C) above the average for May over parts of Siberia, Copernicus Climate Change Service (C3S) has revealed.

In Europe, temperatures ‘deviated quite substantially’ from the average for May between 1981 and 2010 from Scandinavia to the Balkans.

The average temperature over England was ‘not exceptional’, although the country did have its sunniest month and driest May on record, according to the Met Office.

The US National Oceanic and Atmospheric Administration has previously predicted that the increase in global temperatures is likely to make 2020 the hottest year ever recorded.

Surface air temperature anomaly for May 2020 relative to the May average for the period 1981-2010. Temperatures were most above average over parts of Siberia, where they were up to 18°F (10°C) above average

The C3S findings, which are based on analysis of billions of measurements from satellites, ships, aircraft and weather stations, are ‘alarming’ one expert claims.

‘The last month has been the warmest May on record globally and this is unquestionably an alarming sign,’ said Freja Vamborg, a scientist at Copernicus Climate Change Service, an intergovernmental agency that supports European climate policy.

‘Even more concerning is the fact that average temperatures of the last 12 months have become one of the hottest 12-month periods ever recorded in our data set,’ she told CNBC.

This matches the average temperature of the warmest earlier twelve-month period, from October 2015 to September 2016.

As well as Siberia, last month’s temperatures were much above average over western Alaska, along the Andes bordering Chile and Argentina and over regions in West and East Antarctica.

C3S revealed it was also much warmer than average over western North America, the far north and south of South America, north-western, central and south-western Africa and south-eastern Asia.

Although temperatures were a little below average over several regions in all major oceans, air temperatures over sea were ‘predominantly higher’ than the 1981-2010 average. 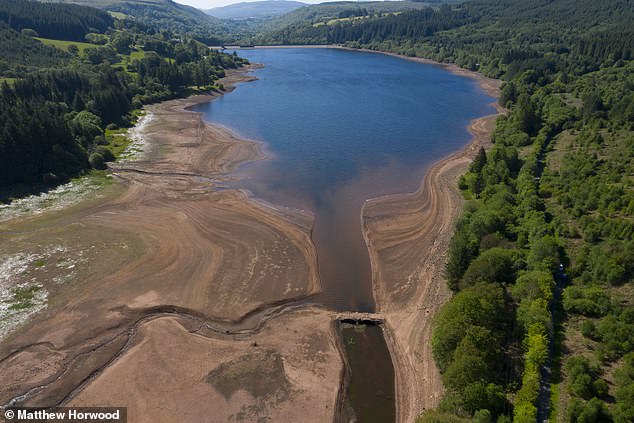 An aerial view of low water levels in the Taf Fawr valley, Wales, last month. An increase in global temperatures overall, resulting from greenhouse gas emissions from human activity, are likely to make 2020 the hottest year ever recorded

The hottest years ever recorded are:

‘Temperatures ranged from well above average over the south-west and far north-east of the continent, to well below average over a substantial region extending from Scandinavia to the Balkans and the northern coast of the Black Sea,’ C3S said in a web post.

Europe was generally warmer than average in the west, south and far east, and close to or a little colder than average over parts of Scandinavia and central Europe.

There were also below-average temperatures for May 2020 over most of central and eastern Canada, eastern US states, southern Brazil, parts of southern Asia, and Australia.

The World Meteorological Organization (WMO) previously confirmed that 2019 was the second warmest year on record, after 2016.

‘The average global temperature has risen by about 1.1°C [1.98°F] since the pre-industrial era and ocean heat content is at a record level,’ said WMO Secretary-General Petteri Taalas.

‘On the current path of carbon dioxide emissions, we are heading towards a temperature increase of 3 to 5 degrees Celsius by the end of century.’ 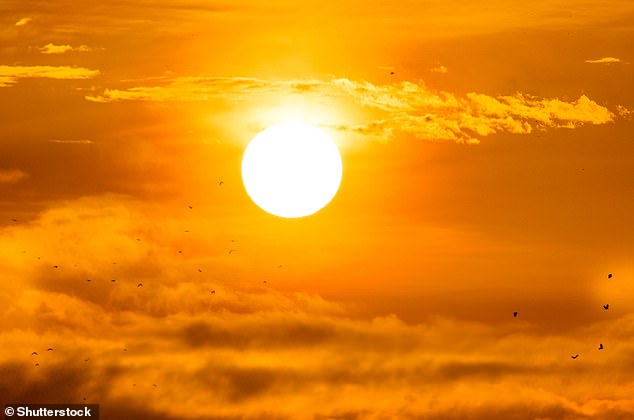 The average temperature over England was not exceptional, but the country had its sunniest month and driest May on record

WMO had also confirmed that the last five years were the hottest on record globally, leading to rising sea levels, declines in Arctic sea ice, glaciers and ice sheets, and more heat trapped in the oceans.

A report from the US National Oceanic and Atmospheric Administration (NOAA) previously estimated a 75 percent chance that 2020 will be the hottest year in recorded history.

Meanwhile, July 2019 was the hottest month ever recorded globally after 140 years of record-keeping, and brought Arctic and Antarctic sea ice to historic lows, according to NOAA.

C3S also previously revealed that last year was the hottest experienced in Europe since records began.

2019 experienced exceptionally warm weather in the months of February, June and July, which led to record-breaking temperatures recorded across the continent.

As for the UK, the Met Office revealed this week that May 2020 was UK’s sunniest calendar month on record and the driest May on record.

Global warming is causing the temperatures all around the world to increase.

This is particularly prominent at latitudes nearer the poles.

Rising temperatures, permafrost, glaciers and ice sheets are all struggling to stay in tact in the face of the warmer climate.

As temperatures have risen to more than a degree above pre-industrial levels, ice continues melt.

This positive feedback loop is also found on glaciers atop mountains.

Many of these have been frozen since the last ice age and researchers are seeing considerable retreat.

Some animal and plant species rely heavily on the cold conditions that the glaciers provide and are migrating to higher altitudes to find suitable habitat.

This is putting severe strain on the ecosystems as more animals and more species are living in an ever-shrinking region.

On top of the environmental pressure, the lack of ice on mountains is vastly increasing the risks of landslides and volcanic eruptions.

The phenomena is found in several mountain ranges around the world.

It has also been seen in regions of Antarctica.

last, May, month, on, warmest, was
You may also like: