People have been preoccupied with finding life on Mars for hundreds of years, ever since Italian astronomer Giovanni Schiaparelli turned his telescope to the red Planet, making him the first man to map Mars. Schiaparelli observed dark areas, which he presumed to be seas, connected by linear features hundreds of kilometres long, he called “canals.” The findings fired the public’s imagination, triggering an obsession that has lingered ever-since.

What appears to be algae, lichens and “Martian mushrooms” have all been photographed by the NASA Opportunity and Curiosity Mars rovers.

And photos of 15 mushroom-shaped specimens purport to show them growing and even emerging from beneath the red sands of Mars.

Dr Regina Dass, of the Department of Microbiology, School of Life Sciences, India, the study’s co-author said: “There are no geological or other abiogenic forces on Earth which can produce sedimentary structures, by the hundreds, which have mushroom shapes, stems, stalks, and shed what looks like spores on the surrounding surface.

“In fact, fifteen specimens were photographed by NASA growing out of the ground in just three days.” 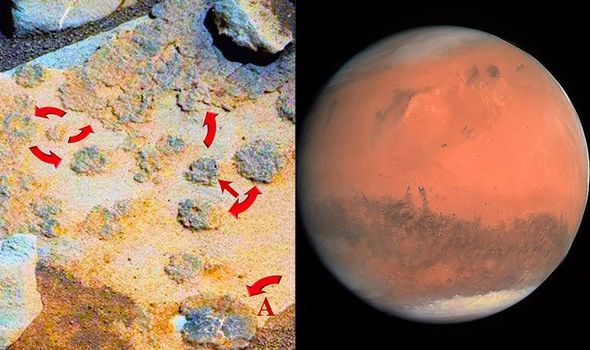 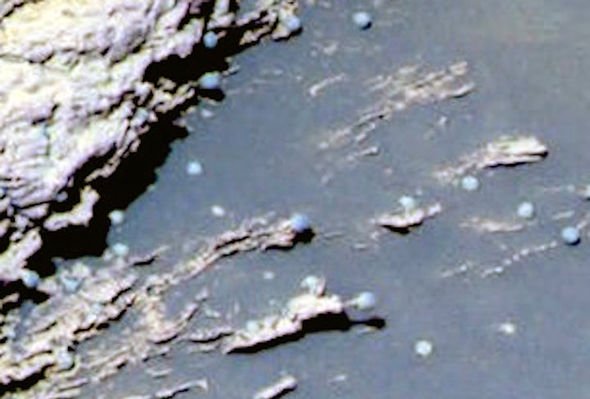 And Dr Vincenzo Rizzo, a National Research Council biogeologist also points to the seasonal fluctuations in Martian methane as additional evidence of life.

He said: ”As we detail in our article, 90 percent of terrestrial methane is biological in origin and seasonal fluctuations in atmospheric methane are directly correlated with plant growth and death cycles.

“The cyclic fluctuations in Martian methane is reflective of active biology which is also depicted in before and after pictures of specimens photographed by NASA.”

However the evidence is so controversial, the Journal of Astrobiology and Space Science Reviews subjected the article to extensive peer review by six independent scientists and eight senior editors.

And while three of these rejected the evidence, the remaining eleven recommended publication, after certain revisions.

The journal’s official position is: “Evidence is not proof and there is no proof of life on Mars.

“Abiogenic explanations for this evidence can’t be ruled out.”

Some scientists believe the circular specimens photographed emerging from beneath the Martian soil, are not mushrooms but hematite, a form of iron oxide, which NASA affectionately refers to as “blueberries.”

Dr Rizzo said: ”We are not disagreeing with NASA. NASA has some of the greatest scientists and engineers in the world.

“However, hematite is also a product of biological activity. 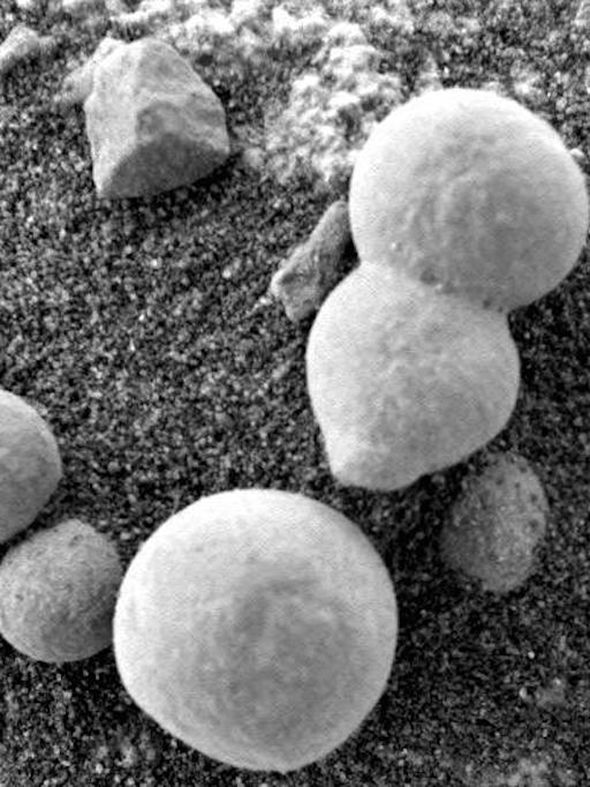 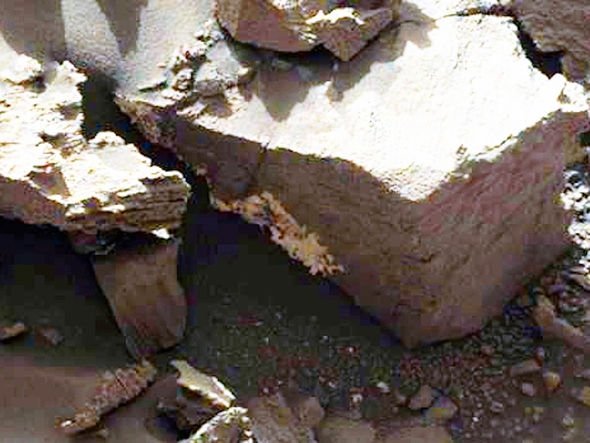 “Just as stromatolites are fashioned together via the action of cyanobacteria, fungi and bacteria also help to cement terrestrial hematite together.

“We should expect that the same biological processes helped fashion hematite on Mars.”

Dr. Dass added: “Hematite also does not take the shape of lichens.

“These Martian specimens have mushroom-shapes, stalks and stems and are the same height and have the same growth patterns as terrestrial lichens.”

The US's huge second peak shows warm weather has no effect on the coronavirus' spread, despite Trump's hopes. Here's why.

WhatsApp is down leaving thousands unable to chat with friends