Life on Mars: How scientist was stunned by ‘complex organism’ discovery

The possibility of life on Mars is the subject of significant interest to NASA due to numerous similarities it shares with Earth, but to date, no proof has been found of past or present life as we know it. Recent advances suggest the Red Planet once flowed with water, meaning Mars may have once harvested life in conditions much warmer and wetter than today. Despite this, a scientist in Germany made a remarkable discovery to prove that living organisms can not only survive on the current conditions of the Red Planet, but thrive there too, Amazon Prime’s “Tomorrow’s World” showed.

The narrator revealed in 2018: “Life could exist in this cold, hostile place [Mars].

“This has been demonstrated by Dr Jean-Pierre Paul De Vera, of the German Spatial Research Centre in Berlin.

“In his laboratory, this passionate researcher has created an amazing machine – a Martian chamber – temperature, atmospheric pressure, chemical composition, UV rays, each parameter can be regulated with precision.

“The aim, to test the resistance of terrestrial organisms to Martian conditions.” 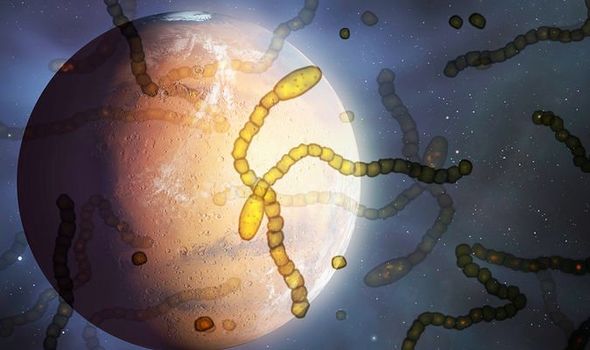 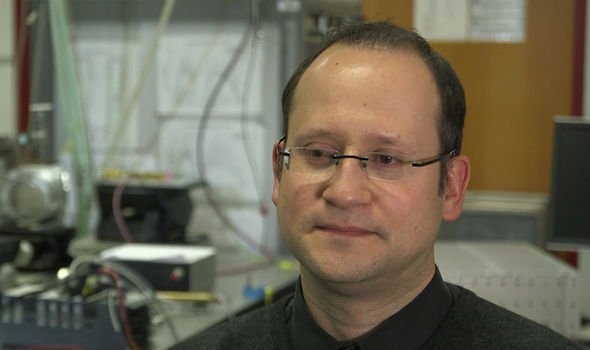 It would be possible to find life there

In 2012, Dr De Vera showed that cyanobacteria present on Earth for 3.5 billion years could survive several weeks in the “Martian chamber” without a problem.

He repeated his experiment for nine days with microorganisms recovered from Earth’s harshest continent – Antarctica.

They did not just survive, they thrived.

He explained: “From what we’ve seen, the results we’ve had, it would be possible to find life there, or terrestrial life, microorganisms could survive on Mars. 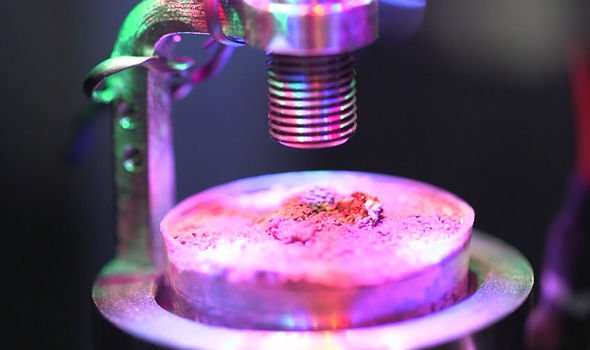 “They are not bacteria, they’re organisms, which use photosynthesis.

“Life is possible on Mars, and Mars can be a habitat for organisms that live on Earth.”

The narrator went on to reveal the next step in the process for scientists around the world.

He added: “So far from being a desert with no potential, the Red Planet could be a fertile ground for certain organisms. 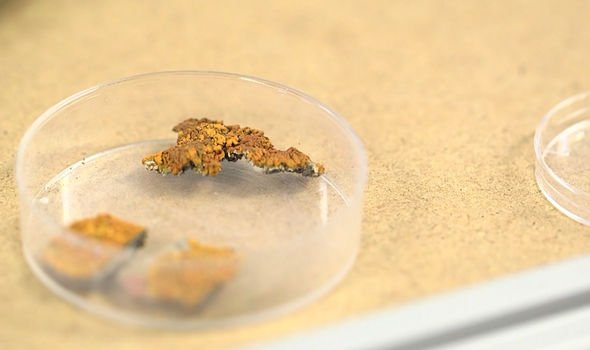 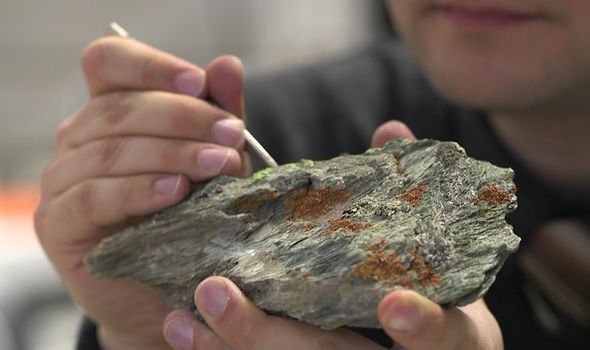 “On the surface of the planet, the rovers go on searching, but these monsters of technology have their limits.

“They are slow and fragile, and breakdowns are always possible, so for the experts, the next stage is obvious – they have to send people.

“Heading to Mars, astronauts will face a mission of unprecedented complexity.”

On October 8, 2015, NASA published its strategy for human exploration and colonisation of Mars, the concept operates through three distinct phases leading up to fully sustained civilisation on the Red Planet, which they hope to implement sometime in the mid-2030s.

NASA’s Mars mission is split into three distinct phases leading up to a fully sustained civilisation.

NASA’s Mars mission is split into three distinct phases leading up to a fully sustained civilisation.

The first stage, already under way, is the “Earth Reliant” phase, this will continue to use the International Space Station until 2024, validating deep space technologies and studying the effects of long-duration space missions on the human body.

The second stage, “Proving Ground,” ventures into cislunar space for most of its tasks, to test deep-space habitation facilities, and validate capabilities required for human exploration of Mars.

Finally, phase three, the “Earth Independent” stage includes long-term missions on the Red Planet with surface habitats that only require routine maintenance, and the harvesting of Martian resources for fuel, water, and building materials.

'Driverless pods' are transporting passengers around a shopping centre