The discovery of alien life outside of Earth promises to be the greatest scientific breakthrough of the modern era. To date, scientists have been unable to find a shred of proof suggesting life is not unique to our home planet. One scientist, however, believes there is a possibility the bombshell discovery could soon be made.

A bizarre study published this month in the journal Astrophysics and Space Science claims to have uncovered possible evidence of mushroom-like fungi on Venus.

The basis of Dr Joseph’s claims are photographs snapped by the Russian Venus Probe Venera-13 in March 1982.

The Soviet spacecraft was the first probe to land on Venus and transmit back to Earth colour pictures of the planet’s surface. 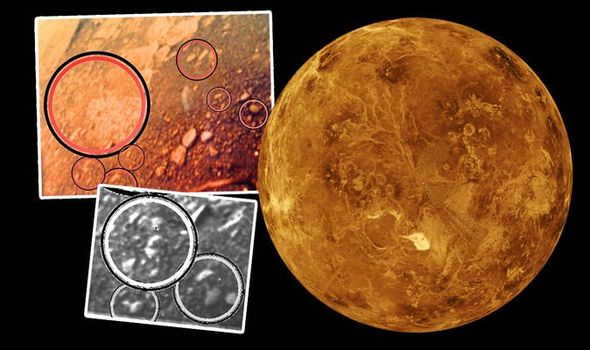 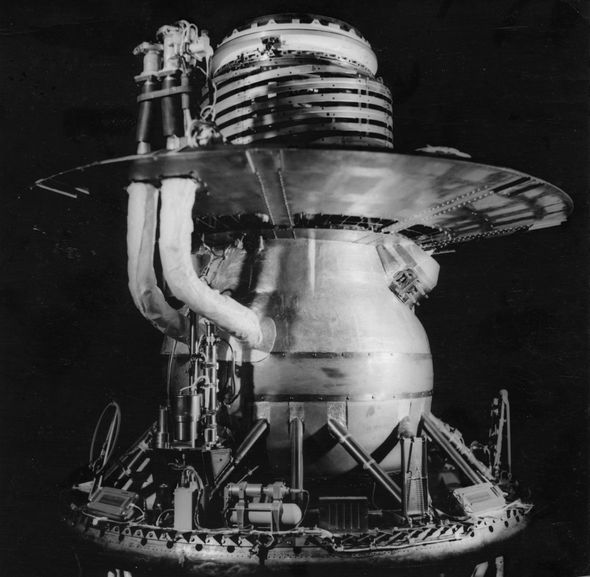 Highlighted in Dr Joseph’s study are pictures of round and almost mushroom cap-like structures in the Venusian soil.

But the Soviet photos are of very low quality and it is hard to determine whether the supposed alien mushrooms are anything more than rocks.

Dr Joseph, who believes Venus is potentially habitable, himself admitted the Venera photos are less than ideal.

He said: “Unfortunately, the Venera-13 photos are of such poor quality that one can only speculate as to the identity of these Venusian mushroom-shaped specimens.”

Venus is an incredibly inhospitable environment, often considered too extreme for any semblance of life to survive.

Unfortunately, the Venera-13 photos are of such poor quality

According to space agency NASA, the surface temperatures on Venus are too high for manmade probes to survive long periods of time, let alone human life.

But the space agency said: “There is speculation about life existing in Venus’ distant past, as well as questions about the possibility of life in the top cloud layers of Venus’ atmosphere, where the temperatures are less extreme.”

On average, the planet’s scalding temperatures reach a terrifying 880F degrees (471C) and the landscape is covered in jagged rocks and dust.

Despite these extremes putting a spanner in the works, Dr Joseph argued fungal organisms could potentially survive Venus’ environment. 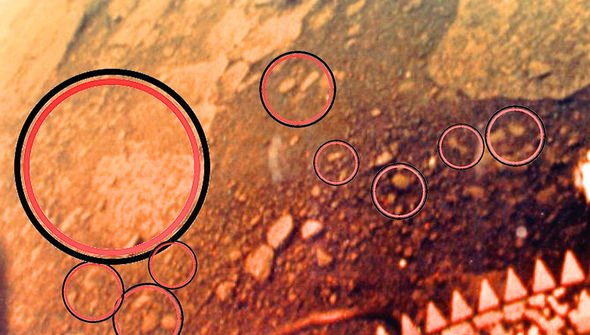 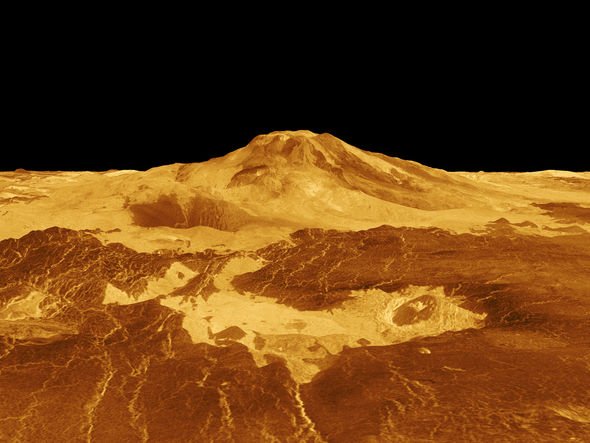 The scientist suggested life could exist beneath the top layer of rock and soil where temperatures are substantially lower.

He said: “On Earth there is a considerable biomass just beneath the surface.

“On Venus, because soil and basalt rock have insulating properties, temperatures just beneath the surface might fall to 200C – well within the limit for the hardiest hyper-thermophiles on Earth.”

In the study, the researcher also proposed fungal spores may have worked their way from our planet to the surface of Venus.

Dr Joseph cited the presence of fungi on the International Space Station and the theory of panspermia – life being carried throughout the cosmos on meteors and asteroids.

The study reads: “Venus may have been contaminated with Earthly life early in its history, and that seeding with life may have continued into the present via microbial-laden debris, dust, and spacecraft.

“Venus may have had oceans and rivers until as recently as 750 mya, and, hypothetically, species which colonised the planet may have adapted and evolved when those oceans evaporated and temperatures rose.

“However, Venus may still provide a habitable environment for a variety of hyperextremophiles including fungi which might be continually arriving from Earth.”

There are, however, some concerns about the findings of the Venusian study.

In March this year, Dr Joseph published a similar paper in the Journal of Astrobiology, claiming to have found possible evidence of mushrooms growing on Mars.

The study cited “four independent investigators” who have reported “what appears to be fungi and lichen” thriving on the arid Martian planet.

Although eleven experts recommended the study for publishing, three rejected the paper, casting doubt on its validity.

Study co-author Regina Dass at Pondicherry University in India “admitted” the study was far from conclusive.

She said: “We admit, we don’t have a smoking gun. No photos of cells or cellular structure.

“There is no definitive proof, only a lot of evidence which shouts: biology.”

NASA has already described the Martian “mushrooms” in 2015 when it dubbed the structures “blueberries” or mineral concentrations rich in hematite.

The newest Venusian study claims to have “complied with all ethical standards” and was funded “independently” by its author.