‘Sounds like some kind of spacecraft’: Listen to the unusual noise of a Tesla Semi electric truck accelerating with a trailer

A new video of a Tesla Semi prototype showing off its acceleration has sent EV-diehards into a frenzy.

The truck sounds unlike any other you’ve likely heard on the road before; instead of a roaring engine, the big rig lets out the kind of quiet ‘vroom’ you might expect to hear from a sports car.

Tesla’s electric truck prototype was spotted outside the firm’s office in Draper, Utah earlier this month. 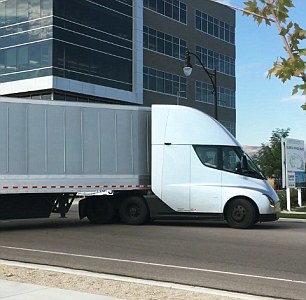 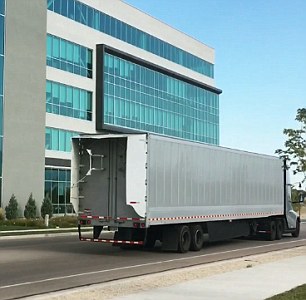 A new video of a Tesla Semi prototype showing off its acceleration has sent EV-diehards into a frenzy. Instead of a roaring engine, the big rig lets out the kind of quiet vroom you might expect to hear from a sports car

The video, shared on Reddit, shows the prototype truck accelerating with a trailer attached.

Viewers pointed out that it sounds like anything but a semi-truck, with some instead comparing it to a spaceship or a moped.

Tesla claims the vehicle can hit 60 miles per hour in five seconds without cargo, and 20 seconds towing a full load.

The Tesla Semi is said to be capable of traveling 500 miles on a charge when moving at highway speed with its maximum weight load, 80,000 pounds.

Diesel trucks, on the other hand, can go about 1,000 miles on a tank of fuel.

Musk first unveiled the electric Semi at an event last November, during which he rode one into an airport hangar outside of Los Angeles.

They’re expected to roll out next year – but already, there have been several major orders, including PepsiCo, UPS, and Budweiser-maker Anheuser-Busch.

In the months since, several videos of the prototypes testing on the road have surfaced.

Earlier this year, Elon Musk teased a new ‘Mad Max’ mode that he says will arrive with the all-electric Semi.

The comments were prompted by a tweet from another user, who jokingly shared an image from the 2015 action film Mad Max: Fury Road, where a Semi had been photoshopped alongside other vehicles from the movie. 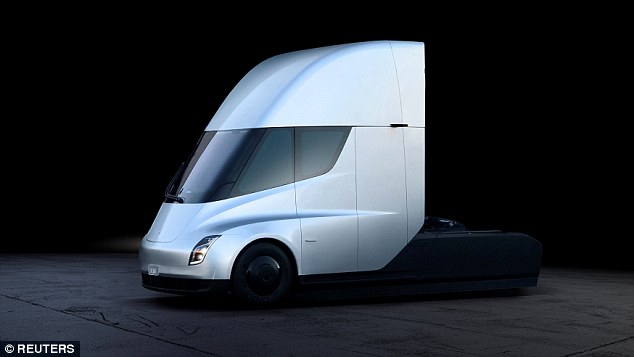 Musk first unveiled the electric Semi at an event last November, during which he rode one into an airport hangar outside of Los Angeles

WHAT ARE THE SIX LEVELS OF AUTOMATION?

Level Zero – The full-time performance by the human driver of all aspects of the dynamic driving task, even when enhanced by warning or intervention systems

Level Two – The system can control the speed and direction of the car allowing the driver to take their hands off temporarily, but they have to monitor the road at all times and be ready to take over

Level Four – The system can cope will all situations automatically within defined use but it may not be able to cope will all weather or road conditions. System will rely on high definition mapping

Level Five – Full automation. System can cope with all weather, traffic and lighting conditions. It can go anywhere, at any time in any conditions

That means the Semi would require less room between it and the car in front of it when making a lane change.

Along with Mad Max, other settings include ‘Standard’ and ‘Autopilot.’

But before anyone could assume he was joking, he followed that tweet by adding: ‘It’s real’, with the screenshot of the vehicle dashboard.

It’s unclear if Mad Max mode will actually make it past development on the vehicle, however.

listen, noise, Sem, Tesla, unusual
You may also like: