Six paws apart! From vampire bats to honeybees, many animals practice social distancing when illness is detected in their group

As the coronavirus pandemic wears on, most of us are getting familiar with the concept of social distancing. But the animal kingdom has been practicing the health recommendation all along, according to a growing body of research.

Birds, monkeys, fish and even insects will studiously avoid members of their society if they perceive them to be sick.

Some animals will notice certain behaviors, like sluggishness or a lack of appetite.

In other cases, they’ve evolved a heightened awareness of biochemical markers. 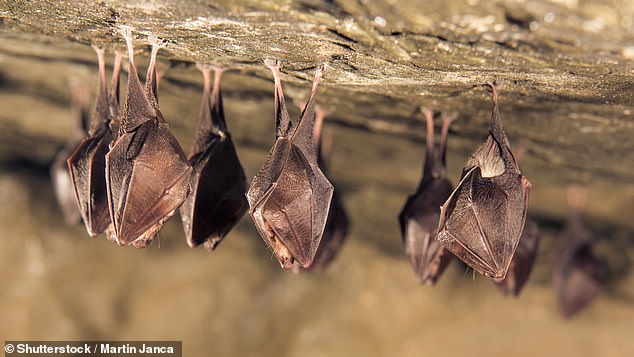 Many animals practice social distancing when illness is detected in their group; Vampire bats will stop grooming sick groupmates, but continue providing food for them

The Caribbean spiny lobster can detect a specific chemical in the urine of sick lobsters and will avoid them at almost any cost.

The social crustaceans normally pack together tightly in coral or rocky crevices.

Healthy lobsters may have to flee for open waters, where they’re at much higher risk of getting eaten.

Social distancing is a ‘dangerous prospect’ for them, Dana Hawley, a biologist at the Virginia Polytechnic Institute, told Science magazine.

But it’s outweighed by the risk of contracting Panulirus argus, a virus that kills up to half the young lobsters it infects. 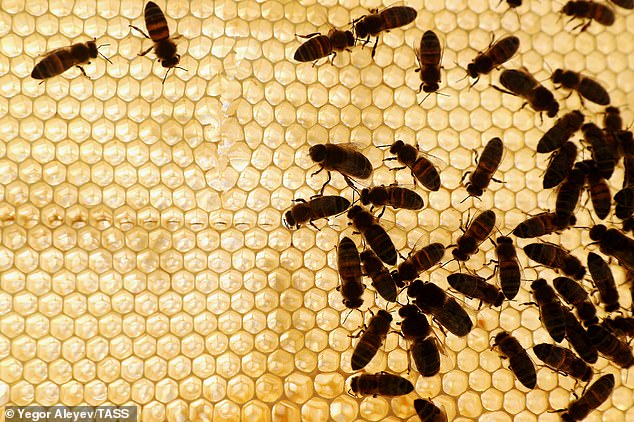 In the insect world, where individuals are closely related to one another, many species practice self-isolation to protect the larger group. When honeybee larva are infected with bacteria, they emit chemicals that other bees can detect. The colony will then eject the sick member from the hive

House finches will avoid birds that appear sick, too, but it depends on the health of their own immune system.

In a report published in Biology Letters in 2013, researchers placed healthy finches next to ones that were given an injection that made them act lethargic.

Chicks with higher levels of antibodies showed less aversion, while those with weaker immune responses avoided the ‘sick’ birds like the plague.

Wild mandrills don’t shun their sick friends, but they will stop grooming other monkeys if they’re infested with parasites.

The bugs can’t be seen, but they give mandrill feces a distinct odor that works a warning sign.

Researchers found that if they cured the infected monkeys, their friends resumed socializing with them, Hawley and behavioral ecologist Andrea Townsend wrote this week in the Proceedings of the Royal Society B.

Vampire bats will also stop grooming sick groupmates, but they’ll continue providing food for them. This lessens the risk of contagion while preserving the larger social structure, says Hawley.

In the insect world, many species even practice self-isolation.

Often in insect colonies, individual members are closely related to one another, ‘more so than in human family groups,’ said Townsend.

‘So, it can be to the benefit of an individual to sacrifice itself to protect its larger family.’

Sick garden ants will avoid contact with health members of their colony. They may even leave the colony to die.

And termites exposed to toxic fungus have been known to sound a ‘pathogen alarm,’ vibrating their bodies to shoo away uninfected nestmates.

When honeybee larva are infected with bacteria, they emit chemicals that other bees can detect. The colony will then eject the sick member from the hive.

That’s a bit extreme for most humans but the takeaway, Hawley says, ‘is that social distancing works.’

‘Anytime we see a behavior that has evolved again and again in unrelated types of animals, that’s a signal that even though social distancing is a very costly behavior, the benefits clearly outweigh the costs.’

animals, D, Many), Practice, social
You may also like: