The European Space Agency released a never-before-seen view of the icy Martian canyon known as the Korolev crater. The Korolev crater is understood among scientists as a likely future source of water for human colonists. The breathtaking flyover video is actually painstakingly reconstructed from combined scans of the surface of the planet.

Topographical data, captured by a high resolution stereo camera on board the Mars Express probe, were used to produce the remarkable 3D landscape.

The ESA’s Mars Express mission was launched in 2003 before reaching the Red Planet six months later and has been sending back images of the planet ever since.

The 82km wide (50 mile) Korolev crater is located in the northern lowlands of Mars.

The video was produced with a resolution of 21 meters per pixel and shows the full extent of the crater. 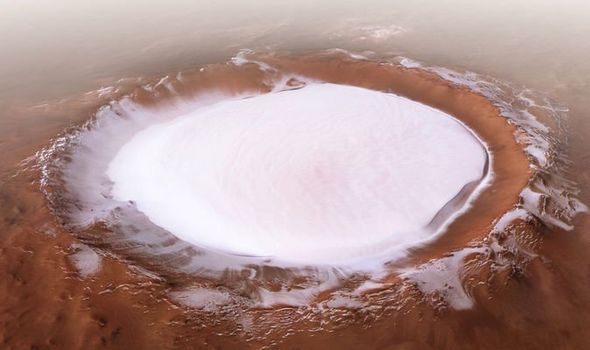 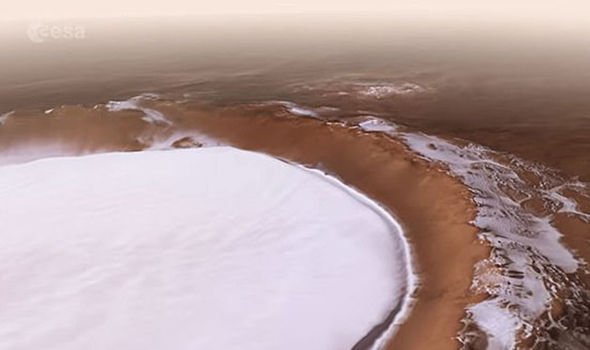 It is filled with ice all year round as its floor is more than one mile deep below its rim, making it a natural cold trap which shields the ice from the elements.

Korolev is believed to be one of the largest reservoirs of non-polar ice on Mars.

The crater itself was named in honor of chief Soviet rocket engineer Sergei Pavlovich Korolev, known as the father of Russian space technology.

The footage was released as a way of inviting the public to “take a trip” to the Red Planet. 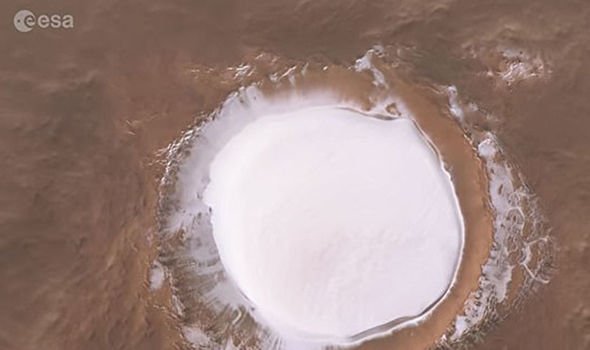 The visualization starts with a shot of Mars and then moves around Korolev for a spectacular view of the icy cavern.

In a letter to SpaceX employees in June, the leading entrepreneur said the main priority of his SpaceX rocket company was now Starship.

Prince William fury: Duke ‘tough’ on Harry during tense royal meeting [VIDEO]
Sadiq Khan squirms after his record as Mayor is savaged in on-air row [VIDEO]
‘No surrender!’ Boris told not to compromise on trade as Brexit talks [POLL] 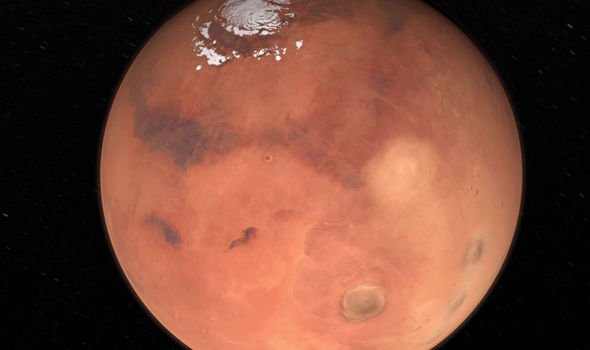 Starship is the prototype spacecraft that is intended to fly up to 100 humans at a time to Mars when combined with the upcoming Super Heavy rocket booster.

In the email, Mr Musk wrote: “We need to accelerate Starship progress dramatically and immediately.

“Please consider the top SpaceX priority (apart from anything that could reduce Dragon return risk) to be Starship.”

Scientists at the University of Bordeaux in France recently found out that the number of people required for the colonisation of Mars is 110.