Microplastics spread throughout a food chain thanks to insect larvae

Microplastics are introduced into the food chain by mosquitoes and other flying insects that eat the waste when they hatch in water, scientists warn

Plastic may be entering the food chain from insects eating tiny pieces of plastic while they hatch in the water.

The latest research shows that insects such as mayflies, dragonflies, midges and mosquitoes can transmit plastic dumped in water into the food chain on land.

The researchers say that their findings mean that plastic dumped in oceans can find its way back on to land – carried by insects who hatch in seas. 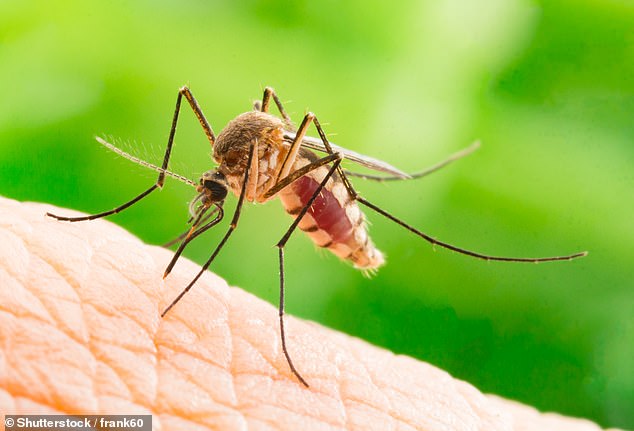 Insects such as mayflies, dragonflies, midges and mosquitoes can transmit plastic dumped in water into the food chain on land. This plastic then enters the food chain when larvae eat plastic whilst hatching in water (stock)

These insects are eaten by animals including birds, such as swifts and swallows, and bats – potentially causing health risks to these animals.

It has long been known that marine organisms such as fish and shellfish can be contaminated with plastics.

But the latest research is significant because until now there has been no evidence of microplastics transported by insects through the air.

In experiments, tiny microbeads of fluorescent polystyrene were eaten by mosquito larvae hatching in water.

The plastic ‘was easily detected’ in the adult flies, the Reading University researchers led by Amanda Callaghan found.

The Daily Mail campaigned to ban microbeads in cosmetic products, which were banned in UK law in June.

Microplastics are defined as being plastics smaller than 5mm with common types being made of polypropylene, polyethylene and polystyrene.

They come in different shapes and sizes, including the form of fibres, pellets and cosmetic beads and can pass into the environment through household waste water where they end up in seas and lakes, often in high concentrations. 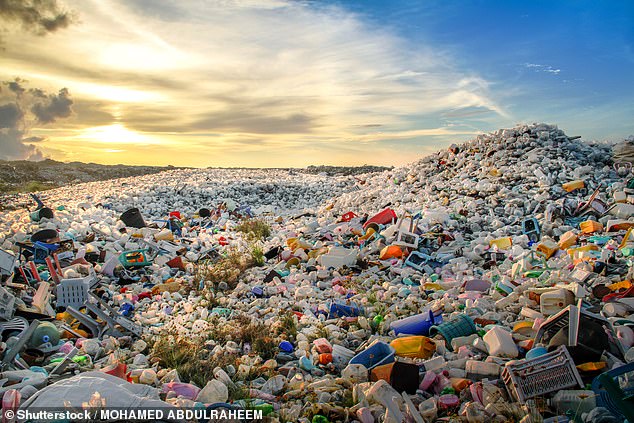 Microplastics are defined as being plastics smaller than 5mm with common types being made of polypropylene, polyethylene and polystyrene. Plastic waste is a pressing environmental concern for conservationists as it spreads around the world (stock)

Synthetic clothes are a major source of microplastics, entering the water when washed, as is the break-up of larger pieces of plastic such as bottles and plastic bags.

The researchers write in their paper, entitled ‘Up, up and away’ that ‘when many insects are emerging from a highly contaminated site, the possibility of contamination of these predators could be high.

‘While mosquitoes were used here as a model organism, any freshwater insect that can ingest MPs [microplastics] will likely equally transmit plastics into a terrestrial adult stage.

‘This has implications for organisms that feed on adult mosquitoes with aerial and terrestrial animals accordingly open to MP exposure.’

The study was published in Biology Letters, a journal of the Royal Society.

Ten years ago, the Mail launched a trailblazing campaign to rid Britain of the scourge of plastic supermarket bags — prompted by a heartrending, shaming picture of an endangered turtle entangled in one, which was used on the front page.

The success of our Banish The Bags initiative has been nothing short of phenomenal.

Now, in a landmark series that could have just as big an impact as that front page a decade ago, we’re here to assure you that you really can make a difference — and your actions can help save our beautiful world and its animals.

The Mail’s Turn The Tide On Plastic campaign isn’t intended to make you feel guilty about plastic you depend on. Instead, this series will guide you through small daily steps you can take — with little expense or effort — to make dramatic inroads into reducing the amount of plastic you use.

Even simply changing one habit — such as using the reusable coffee cup we’re giving away today, instead of a throwaway cup — will help decrease the demand for new plastics. If every Daily Mail reader uses their cup just once a day in place of a takeaway cup, millions of plastic-lined paper cups will be saved from landfill in a year.

It’s simple maths. Use a plastic bag twice and you halve your plastic footprint. Buy one bar of soap and you may spare the planet two or even three pump-action hand wash bottles. Inspire someone else and the impact is doubled.

We’ll tell you how to double your recycling efficiency overnight, banish plastic from your kitchen and dodge food packaging. Better yet, you can even shop to save the planet with gorgeous — and reusable — plastic alternatives.

It’s never too late to start…