Microsoft issues financial warning due to as coronavirus disruption

Microsoft has issued a financial warning as the coronavirus outbreak disrupts its Chinese supply chain for Windows and Surface devices.

The Washington-based tech firm has cautioned it will not reach the sales predictions for this quarter that it had issued to investors last month as production hits delays.

Sales had previously been anticipated at between $10.75 billion–$11.15 billion (£8.33 billion–£8.64 billion). Microsoft has not yet provided a revised estimate.

The complications caused by coronavirus are not expected to impinge on the firm’s developing cloud-computing business.

The announcement from Microsoft comes just a week after Apple revealed that is was facing similar constraints. 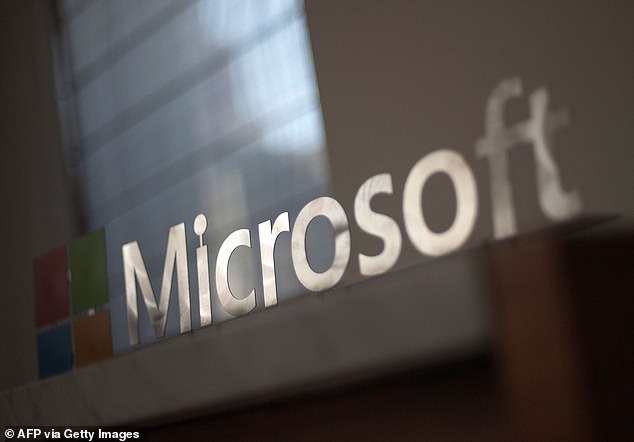 ‘Although we see strong Windows demand in line with our expectations, the supply chain is returning to normal operations at a slower pace than anticipated at the time of our Q2 earnings call,’ Microsoft wrote in a statement.

‘As a result, for the third quarter of fiscal year 2020, we do not expect to meet our More Personal Computing segment guidance as Windows OEM and Surface are more negatively impacted than previously anticipated.’

After market trading closed on Wednesday evening, Microsoft’s stock was seen to have fallen by around 1 per cent.

Personal computing — which includes device sales and Windows installations on hardware made by other firms — accounts for around a third of Microsoft’s revenues.

‘When bellwethers like Microsoft come out and talk about the supply chain and how it will negatively impact PC demand, it fans the flames of some of the worries out there for the broader supply chain,’ Wedbush Securities’ Dan Ives told the NYTimes.

The developments underscore the vulnerability of technology supply chains in China, he added.

While some have begun to relocate to other countries like Vietnam, many US tech firms are heavily reliant on large factories in China as part of their operations.

Last week, Apple similarly warned that it was forced to lower its sales projections in the wake of the coronavirus outbreak, which forced the firm last month to close its 42 physical stores with the count — only seven of which have reopened.

Apple is heavily invested in the Chinese market, with the current quarter — containing the busy shopping period around the Chinese New Year — typically being of particular importance to the company.

In contrast to Apple, Microsoft makes relatively few sales within China itself — with the nation’s market accounting for less than 2 per cent of the firm’s overall revenue. 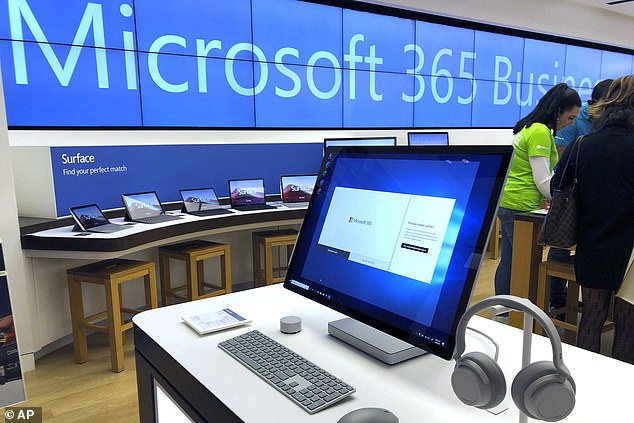 Before issuing such unusual financial disclosures, firms must consider their responsibility to inform shareholders, the imperative to get ahead of potentially bad news as well as the need to keep some information from competitors, he added.

‘It may be they are still trying to understand this,’ Professor Larcker noted.

‘It may not be a satisfying answer, but it’s a truthful one.’

CORONAVIRUS: WHAT WE KNOW SO FAR

What is this virus?

The SARS-CoV-2 virus has been identified as a new type of coronavirus. Coronaviruses are a large family of pathogens, most of which cause mild lung infections such as the common cold.

But coronaviruses can also be deadly. SARS, or severe acute respiratory syndrome, is caused by a coronavirus and killed hundreds of people in China and Hong Kong in the early 2000s.

Can the Wuhan coronavirus kill?

Yes – more than 2,700 people have so far died after testing positive for the virus.

The infection which the virus causes has been named COVID-19. Some people who catch it may not have any symptoms at all, or only very mild ones like a sore throat or a headache.

Others may suffer from a fever, cough or trouble breathing.

And a small proportion of patients will go on to develop severe infection which can damage the lungs or cause pneumonia, a life-threatening condition which causes swelling and fluid build-up in the lungs.

How is it detected?

The virus’s genetic sequencing was released by scientists in China and countries around the world have used this to create lab tests, which must be carried out to confirm an infection.

Delays to these tests, to test results and to people getting to hospitals in China, mean the number of confirmed cases is expected to be just a fraction of the true scale of the outbreak.

How did it start and spread?

The first cases identified were among people connected to the Huanan Seafood Wholesale Market in Wuhan.

Cases have since been identified around China and are known to have spread from person to person.

What are countries doing to prevent the spread?

Countries all over the world have banned foreign travellers from crossing their borders if they have been to China within the past two weeks. Many airlines have cancelled or drastically reduced flights to and from mainland China.

Is it similar to anything we’ve ever seen before?

Experts have compared it to the 2003 outbreak of severe acute respiratory syndrome (SARS). The epidemic started in southern China and killed more than 700 people in mainland China, Hong Kong and elsewhere.