Missouri naturalist bringing the Ozark Chestnut back from the dead

Back from the dead! Chestnut tree thought to be extinct is slowly being brought back to life by a Missouri naturalist who is hand-pollinating seeds in secret groves

A tree long-thought to be wiped from the face of the Earth is being quietly cultivated back into existence by one Missouri naturalist.

A report by National Geographic details the efforts by Steve Bost who is leading efforts to painstakingly pollinate the Ozark chinquapin tree – a once prolific type of chestnut tree – by hand.

Though the trees were thought to have been completely decimated by a chestnut blight that swept across swaths of the US in the mid 1900s, Bost set out on a mission to hunt down any remaining vestiges in the early 2000s, sweeping Missouri’s Ozark mountains for clues. 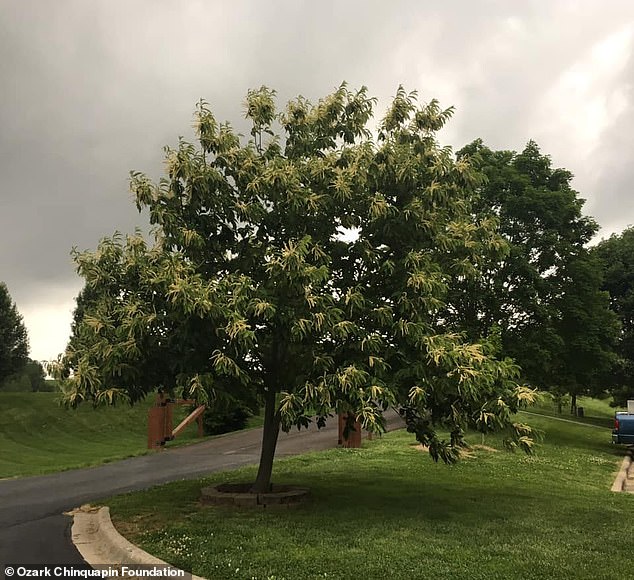 The Ozark Chinquapin was thought to be extinct, until one naturalist hunted down a grove of 45 wild adult trees serving in the Ozark mountains 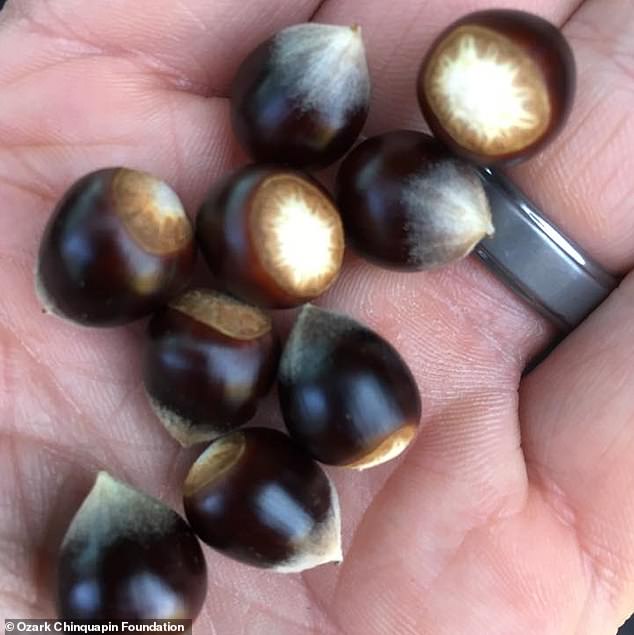 Bost’s efforts, despite the prognostications of many naturalists, turned out to be fruitful.

In the early 2000s with the aid of Ozark locals, Bost found a trove of about 45 adult trees growing in the wild – a discovery that set off a concerted effort by the naturalist as well as state and private agencies to help save the species.

As reported by National Geographic, Bost has successfully nurtured the initial 45 chinquapins into an ever-expanding grove that currently contains 117 adult trees, some of which are as tall as 30 feet – half the height of a full grown adult.

Unlike other efforts to save American chestnut trees, which entail cross-breeding the specimens with blight-resistant Chinese chestnuts, Bost is intent on keeping the chinquapin’s genetic makeup pure.

To achieve this individuality, the Missouri naturalist has undergone a process both arduous and unprecedented. 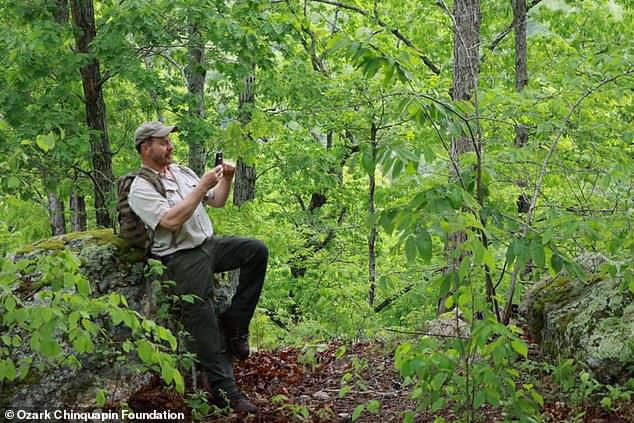 Steve Bost (pictured above) set out on a mission to find surviving Chinquapins about 20 years ago. 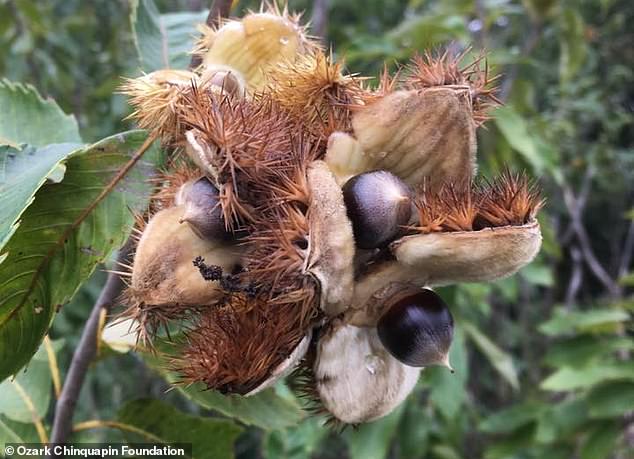 The Ozark chestnut is covered in burs and blooms in late May to early June after the threat of frost had passed.

National Geographic reports that Bost collects the pollen from a healthy tree, dries it, puts it in a jar, and then drives it as far as 20 hours to hand-pollinate another tree.

WHAT IS THE OZARK CHINQUAPIN?

The Ozark chinquapin, sometimes called Ozark chestnut, is a drought tolerant hardwood tree once growing to heights of 65 feet and 2-3 feet in diameter.

It was once found in Northern Louisiana, Kentucky, Tennessee, Alabama, Mississippi and Georgia and produces prolific nut crops that both humans and wildlife found delicious.

In the 1960s, however, the tree was decimated by a blight that swept across the U.S. Until recently it was thought to be extinct.

Now, one naturalist, Steve Bost, is looking to bring the tree back to life by hand pollinating a secret grove uncovered in the early 2000s.

The naturalist has helped to grow the 45 original trees into a grove containing 117 adult trees.

To help increase the chances of the trees survival, researchers have also kept the efforts under tight wraps, choosing not to reveal the location of his prized chestnuts trees.

‘If you start asking people in conservation around here where these trees are, they’ll start getting real quiet, he told National Geographic.

This laborious method could also help to avoid any unintended genetic ripple effects of introducing new species to the ecosystem’s gene pool.

If Bost were to succeed in his efforts in bringing the chinquapin chestnuts back into circulation, he may be the only person to ever save a near-extinct tree species from destruction.

So far, Bost and his group have added about 1,000 test seedlings and saplings to the initial group of adult trees and is currently monitoring 15 test plots through the The Ozark Chinquapin Foundation which Bost founded.