Researchers from MIT have transformed the COVID-19 virus into a musical composition that’s unexpectedly calming and meditative.

The project was initiated by professor and musician Markus Buehler, who worked with a team from the MIT-IBM Watson AI Lab to create a machine learning tool that would translate amino acids from the virus into musical notation.

The team focused on COVID-19’s famous virus spike on its outer surface, which contains a braid of three different protein chains. 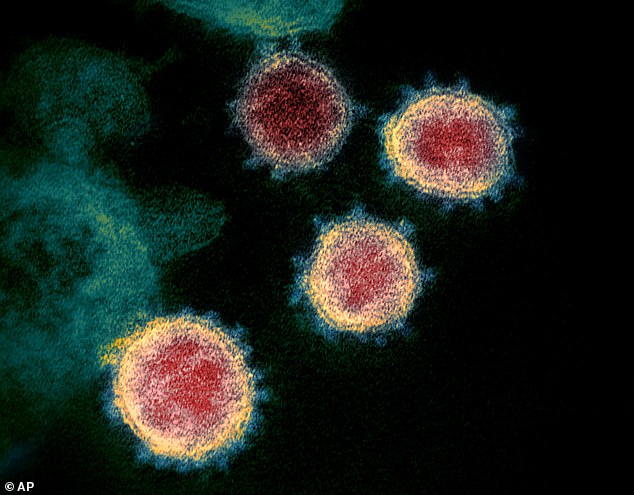 Each protein chain is composed of specific amino acid sequences, all of which wrap around one another in a complex structure that the machine learning tool transposed into notes for several different instruments that play out over an hour and 49 minutes.

Buehler initially came up with the idea, while thinking of ways to help the public conceptualize the virus without complex chemistry.

‘These structures are too small for the eye to see, but they can be heard,’ Buehler told MIT News.

‘In one sweep, our ears pick up all of its hierarchical features: pitch, timbre, volume, melody, rhythm and chords.’

‘We would need a high-powered microscope to see the equivalent detail in an image, and we could never see it all at once.’

The resulting score is strangely serene and quite at odds with the direness of the public health crisis the virus has provoked around the world.

For Buehler, this paradox conveys an underlying truth about the virus’s own deceptive nature, which he describes as ‘an invader disguised as a friendly visitor.’

‘The virus has an uncanny ability to deceive and exploit the host for its own multiplication,’ Buehler said.

‘Its genome hijacks the host cell’s protein manufacturing machinery, and forces it to replicate the viral genome and produce viral proteins to make new viruses.’

For Buehler, being able to hear this dynamic as a set of sounds rather than a list of abstract words and numbers on the printed page could help give people a new sense for what the virus is and how it operates.

‘Through music, we can see the SARS-CoV-2 spike from a new angle, and appreciate the urgent need to learn the language of proteins,’ he said.