The International Space Station was captured gliding past the moon just six hours after two NASA astronauts docked on their historic mission.

Robert Behnken and Doug Hurley blasted off from Cape Canaveral, Florida, at 8.22pm BST (3.22pm ET) on Saturday in a SpaceX rocket.

After looping around the Earth, and appearing as a tiny dot in the skies above Britain, they arrived on the ISS at 3.16pm BST (10.16am ET) the next day to a heroes welcome.

As they orbited past the three-quarter waxing gibbous moon six hours later, Italian photographer Alberto Ghizzi Panizza had his cameras poised in Parma to capture the landmark moment from Earth. 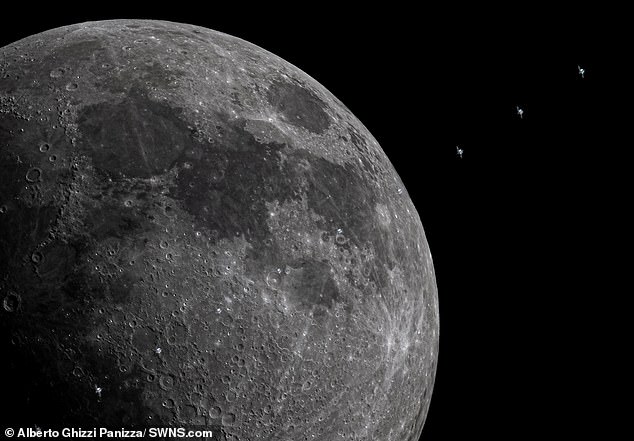 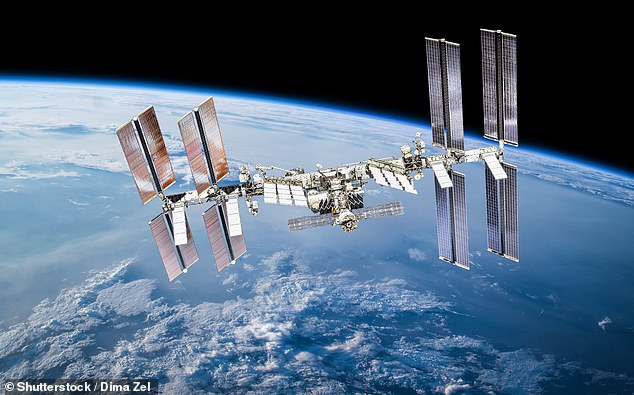 The astronauts are expected to stay on the ISS for one to four months, before returning home 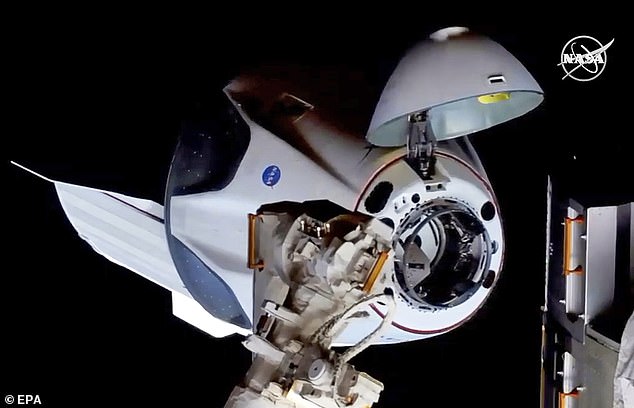 The photographer captured the eight-second pass as several individual photos, before stitching them together to show the ISS at 17 different points of its journey.

‘It was a very emotional moment,’ he said. ‘Not only for me, but for all mankind.’

Footage from the historic arrival appears to show astronaut Hurley bang his head as he enters the ISS.

The pair had been poised to take manual control of the Crew Dragon spacecraft, but its trajectory had been calculated so well it was able to glide into its docking station at the ISS without needing assistance.

‘It’s been a real honour to be just a small part of this nine-year endeavour since the last time a United States spaceship has docked with the ISS,’ Hurley said. 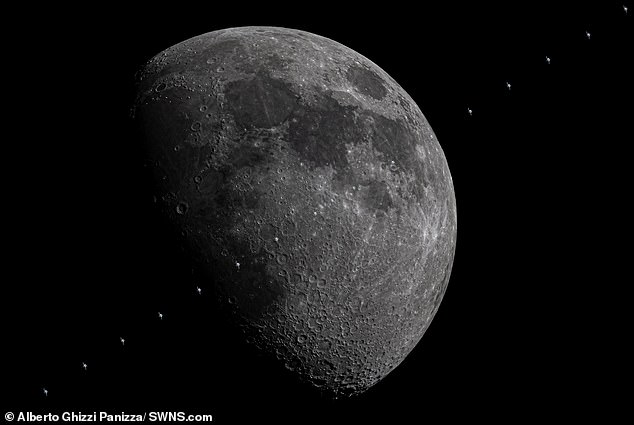 The Italian photographer photographed the eight-second pass. It is shown here as a composite image, with each combined to reveal the ISS’s movement 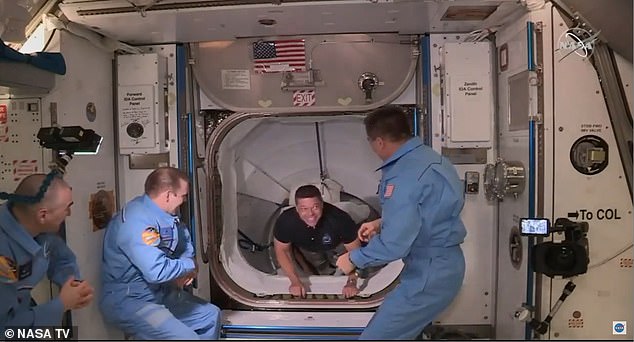 Bob Behnken pictured entering the ISS moments after docking. He is greeted by astronauts 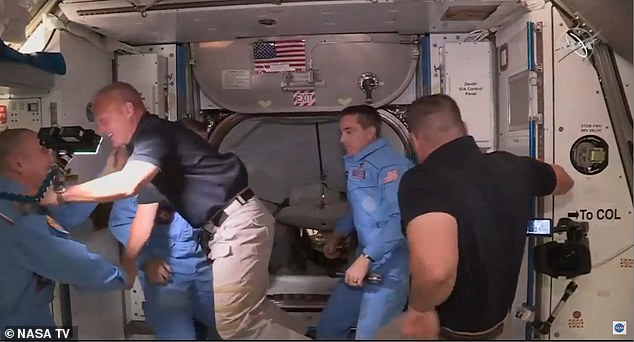 Elon Musk, who set up SpaceX, said: ‘I think this is something that should really get people right in the heart – anyone who has a spirit of exploration.

‘I am really quite overcome with emotion – it’s kind of hard to talk really. It’s been 18 years working towards this goal. It’s really hard to believe that it’s happened.

‘This is a craft made by humans, for humans, I think it’s something humanity should be proud about occurring on this day.’

After lift-off Britons had been able to photograph the Crew Dragon as it passed along the UK night sky moving from East to West after 10pm on Saturday.

Stargazers gleefully posted pictures of their sightings on social media, showing the craft as a tiny bright dot just above the horizon. 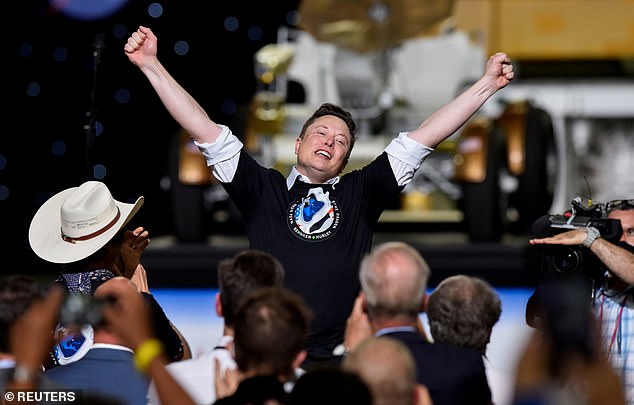 The astronauts are expected to stay at the ISS for one to four months, during which time they will conduct tests on the Crew Dragon and further research.

They will then be loaded back into the craft before returning to Earth, splashing down off Florida’s Atlantic coast where they will be collected by SpaceX’s Go Navigator recovery vessel.

The mission, known as Demo-2, is the final test before NASA certifies the Crew Dragon for operational, long-duration missions to the space station.