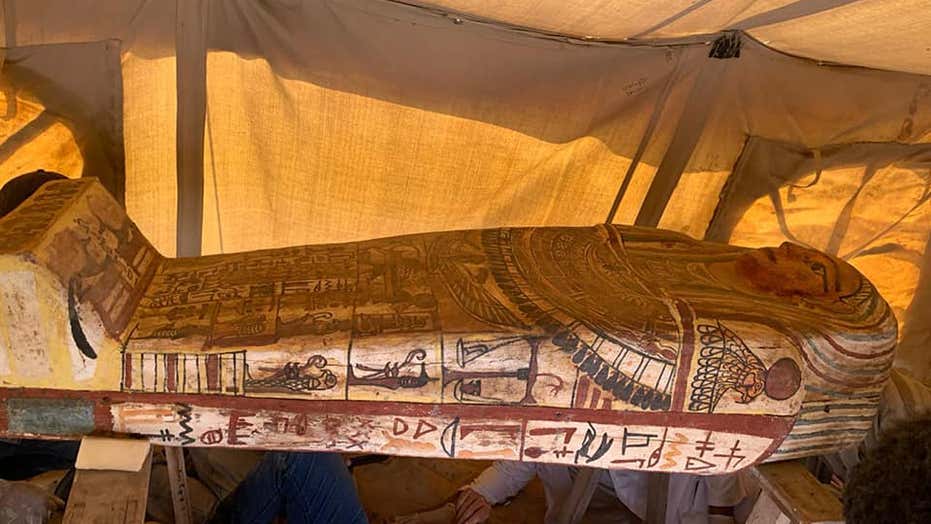 Egypt’s Ministry of Antiquities said archaeologists excavated the mummy in Saqqara, a town south of Cairo. The Ministry of Antiquities is planning to announce additional details about the discovery at the end of the month. In 2004, the first lion skeleton was found, revealing the sacred status of the animal during ancient times.

In a Sept. 19 Facebook post, Egypt’s Ministry of Tourism and Antiquities explained that the sarcophagi were found during an excavation in the Saqqara area.

The excavation resulted “in the reveal of a deep well for burying more than 13 closed human coffins since more than 2500 years ago," the ministry said, noting that another 14 closed coffins were also found.

“Initial studies indicate that these coffins are completely closed and haven't been opened since they were buried,” the ministry said, adding that more coffins are likely to be found in the sides of the “well.” 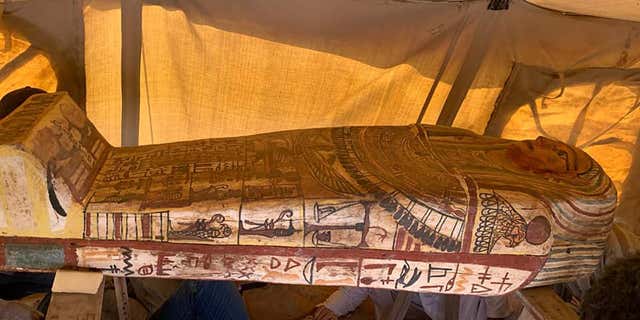 A sarcophagus discovered at Saqqara.
(Egypt’s Ministry of Tourism and Antiquities)

Officials also posted a short film of the discovery on Facebook.

Egypt continues to reveal new aspects of its rich history. Statues of ancient Egyptian goddesses and Pharaoh Ramses II, for example, were recently uncovered near Cairo.

Italian news agency ANSA reported that the those finds were made near Mit Raineh, about 18 miles south of Cairo. 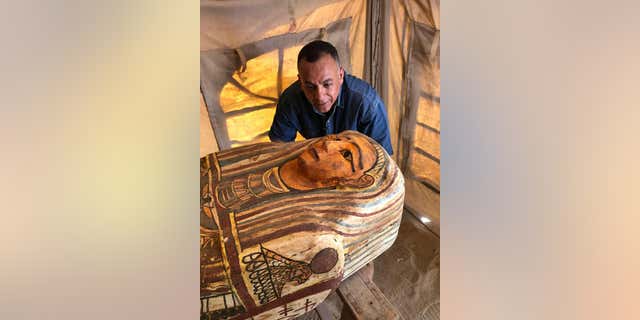 More than two dozen sarcophagi were discovered.
(Egypt’s Ministry of Tourism and Antiquities)

Earlier this year, a 3,600-year-old teenage mummy was discovered in Luxor, as well as tombs of a number of high priests.

An ancient fortress built by Ramses II was discovered last year in Beheira Governorate, northwest of Cairo, according to Egypt Today.