Mountains buried 400 miles underground ‘could be BIGGER than Everest’

Mountains buried 400 miles underground ‘could be BIGGER than Everest’

An underground ‘mountain’ has been discovered that lies 410 miles beneath the Earth’s surface that’s taller than Everest.

A study by Princeton scientists into the boundary between the upper and lower mantle of the Earth have surprisingly found ridges and clefts that are potentially rougher than anything on Earth.

They are located at a boundary 410 miles (600 kilometers) straight down into the earth from the planet’s surface. 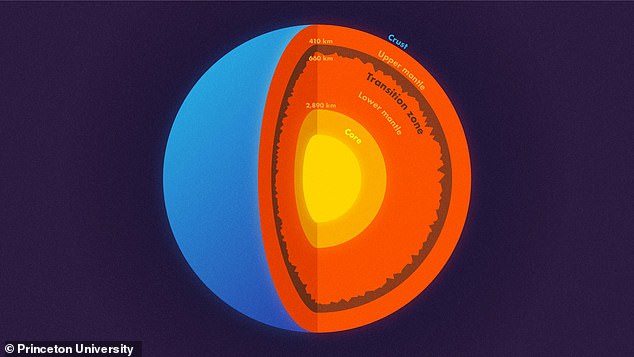 A study by Princeton scientists into the boundary between the upper and lower mantle of the Earth have surprisingly found topography potentially ‘rougher’ than any mountain on Earth. They are located at a boundary 410 miles (600 kilometers) straight down into the Earth from the planet’s surface.

Dr Wenbo Wu, one of the geophysicists on the paper said: ‘In other words, stronger topography than the Rocky Mountains or the Appalachians is present at the 660-km boundary’.

Using wave data from a 8.2 magnitude earthquake in Bolivia, mountains and other topography were discovered on the base of the boundary.

The earthquake was the second-largest deep earthquake ever recorded and took place in 1994.

The most powerful waves on the planet come from giant earthquakes, that can generate shock waves which travel through the Earth’s  core to the other side of the planet in all directions and back again.

The data from the shock waves allow data scientists to study deep into the Earth by modelling wave data on the kind of topography that could have caused it to scatter in such a way.

They do so using powerful computers such as Princeton’s powerful Tiger Cluster to simulate the complicated behavior of scattering waves.

Dr Wu, now a postdoctoral researcher at the California Institute of Technology, added: ‘We know that almost all objects have surface roughness and therefore scatter light.

That’s why we can see these objects — the scattering waves carry the information about the surface’s roughness.

In this study, we investigated scattered seismic waves traveling inside the Earth to constrain the roughness of the Earth’s 660-km boundary.’ 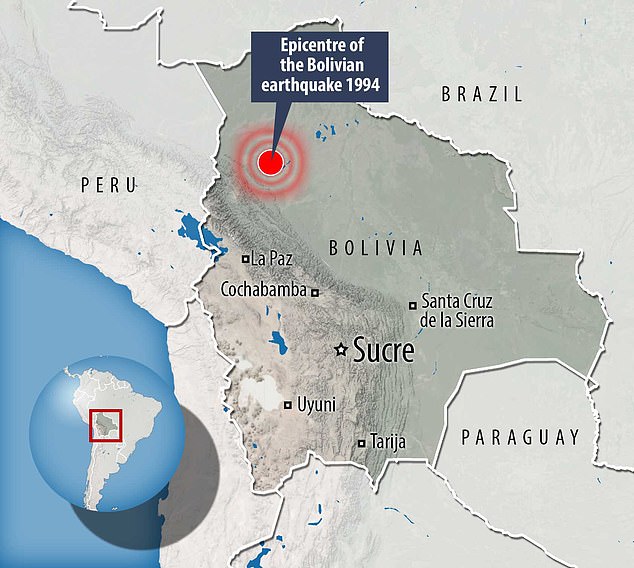 Using wave data from a 8.2 magnitude earthquake in Bolivia, mountains and other topography were discovered on the base of the boundary 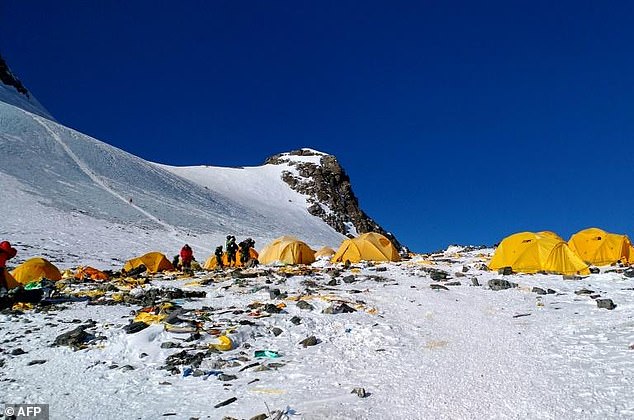 An underground ‘mountain’ has been discovered that lies 410 miles beneath the Earth’s surface that’s taller than Everest (pictured), and possibly than any structure on Earth. But no one knows exactly how these huge jutting mountain structures may have evolved, although it’s likely a result of movement of material between the Earth’s the layers.

These studies can tell us a lot about the Earth’s formation and how heat and material can travel through the Earth’s its different layers.

But no one knows exactly how these huge jutting mountain structures may have evolved, but it’s likely a result of movement of material and chemical mixing between the layers.

Dr Wu said: ‘The smoother areas of the 660-km boundary could result from more thorough vertical mixing, while the rougher, mountainous areas may have formed where the upper and lower mantle don’t mix as well.’

Speaking to Dr Jessica Irving, who led the research said: “What’s exciting about these results is that they give us new information to understand the fate of ancient tectonic plates which have descended into the mantle, and where ancient mantle material might still reside.”

The full study was published in Science.

Catastrophic earthquakes are caused when two tectonic plates that are sliding in opposite directions stick and then slip suddenly.

Tectonic plates are composed of Earth’s crust and the uppermost portion of the mantle.

Below is the asthenosphere: the warm, viscous conveyor belt of rock on which tectonic plates ride.

They do not all not move in the same direction and often clash. This builds up a huge amount of pressure between the two plates.

Eventually, this pressure causes one plate to jolt either under or over the other.

This releases a huge amount of energy, creating tremors and destruction to any property or infrastructure nearby.

Severe earthquakes normally occur over fault lines where tectonic plates meet, but minor tremors – which still register on the Richter sale – can happen in the middle of these plates.

These are called intraplate earthquakes.

These remain widely misunderstood but are believed to occur along minor faults on the plate itself or when ancient faults or rifts far below the surface reactivate.

These areas are relatively weak compared to the surrounding plate, and can easily slip and cause an earthquake.