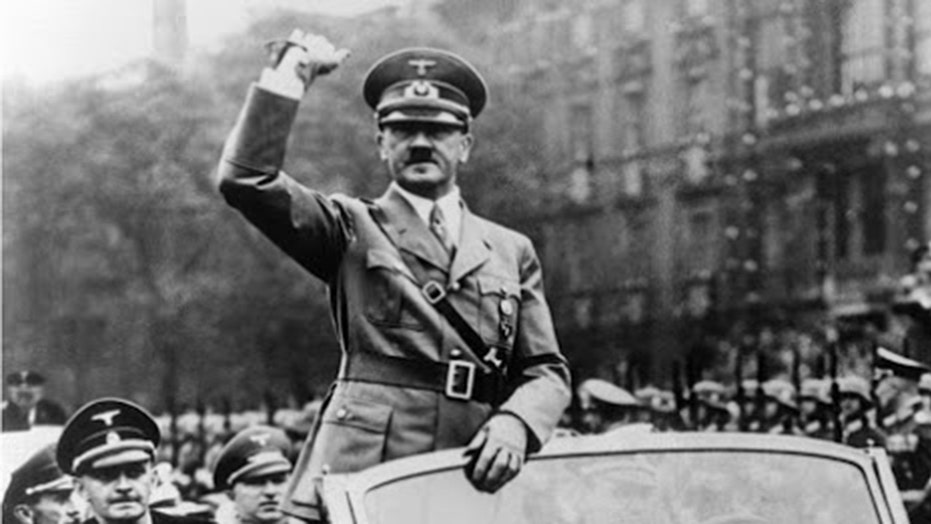 A bust of Nazi leader Adolf Hitler has been found in the basement of the French Senate, a secret kept for 75 years, according to a startling investigation from French newspaper Le Monde.

But how it got there remains a mystery and is a question that may never be answered.

Along with the bust, there was Nazi flag and several other documents and items from World War II, when the Senate was used as the headquarters for the German Luftwaffe. 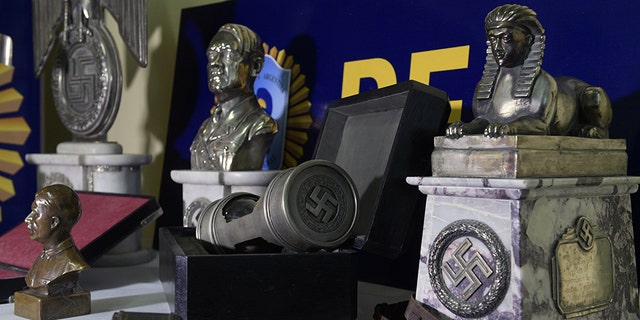 File photo: Some of the 75 pieces of Nazi art seized during an operation carried out on June 9, on the outskirts of Buenos Aires are on display at the Interpol headquarters in Buenos Aires, on June 22, 2017. (Credit: JUAN MABROMATA/AFP/Getty Images)

Le Monde reporter Olivier Faye was tipped off about the bust and after getting pushback, his suspicions eventually were confirmed by the Senate's chief architect, Damien Déchelette, who asked him: "How ever did you find out?"

Faye spoke with current and past senators, none of whom were aware of the Nazi-related objects in the basement. However, one anonymous Senate official told the reporter that "Senators come and go."

"I imagine that every now and then those in the know would come and have a glimpse at them, to give themselves a little frisson," Faye said in comments obtained by the BBC.

It's unclear exactly how the bust stayed at the building for so long, especially after the end of the war, when Nazi-related goods were sold on the black market.

"Flags were taken as trophies. Buildings were pillaged. The liberators took whatever they could of the occupier," historian Cécile Desprairies told the BBC. "The black market in Nazi goods flourished – and indeed it is still there."

Other Germany military items were found in the basement, including a box that had a breathing apparatus inside and one which contained a gas-powered lamp.

Senate President Gérard Larcher has put forth an inquiry into what to do with the items. The BBC notes that one potential venue is the Museum of the Liberation at Place Denfert-Rochereau in Paris.

Adolf, bust, F---, HITLER, mysterious
You may also like: