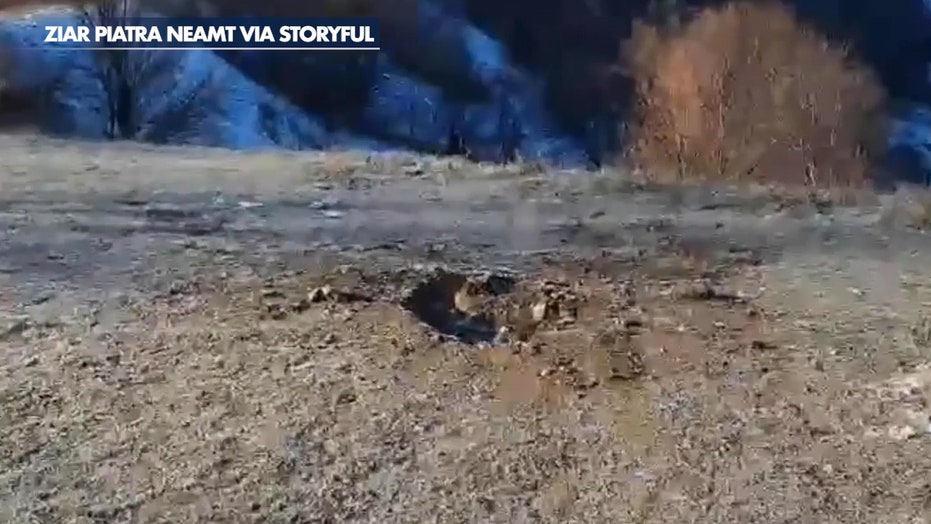 The monolith mystery continues after another structure appears, then disappears in Eastern Europe

A monolith that went viral after appearing on a Romanian hillside mysteriously has “disappeared.”

Local media reported that the strange structure was removed Sunday night, but it's unclear who took it. Locals reported seeing “strange lights” in the area, according to Jurnalfm.

The monolith in Romania appeared on the plateau of Batca Domnei, according to Romanian news outlet Ziar Piatra Neamt. The metal structure, which was between 9.8 feet and 13.1 feet tall, is near the ancient fortress Petrodava, the outlet said.

The Romanian monolith went viral shortly after the discovery of another monolith in a remote Utah desert.

It sparked plenty of speculation about what it was and how it got here.

The strange structure in Utah also was removed by an unknown party, the state's Bureau of Land Management confirmed.

During a site visit Saturday, a bureau team said an unknown person or group removed the illegally installed structure referred to as the "monolith" the evening of  Nov. 27.

Estimated between 10 feet and 12 feet high and thought to be some kind of metal, it was discovered by state wildlife employees while they were counting sheep from a helicopter. The structure sparked comparisons with a similar-looking slab in Stanley Kubrick’s 1968 film “2001: A Space Odyssey."

Officials said visitors who flocked to the site parked on vegetation and left behind human waste, noting that the undeveloped area does not have restrooms or a parking lot.

Police won't be opening a major investigation into the mysterious silver-colored monolith. The sheriff in San Juan County says the office doesn't have the resources to devote much time and energy to the taking of the object. It was illegal to begin with, because it was placed without permission amid red rocks on a remote section of public land. Its creator also remains a mystery.

Fox News’ David Aaro and the Associated Press contributed to this article.