Mysterious stars from outside the Milky Way spotted

Mysterious stars from outside the Milky Way are seen zooming through the galaxy at 1.5 MILLION miles per hour

Mysterious stars from outside the Milky Way have been clocked zooming through the galaxy at 1.5 million miles per hour (2.5 million km/h).

Nearly 30 ‘runaway’ stars that have escaped their galaxy were spotted by a European Space Agency (ESA) satellite and at least two are travelling through the Milky Way.

A number of these intergalactic objects were once part of binary star systems that were torn apart, sending one of the pair rocketing through space. 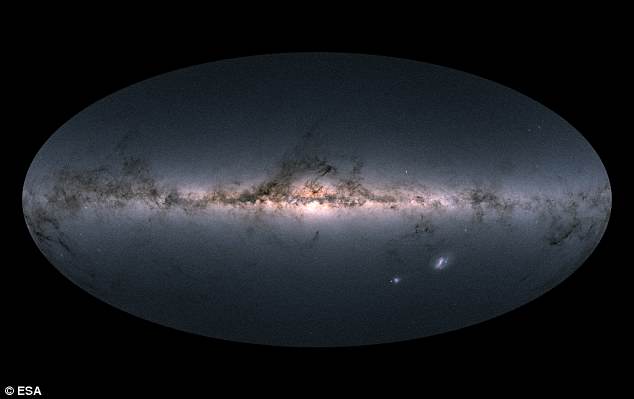 Mysterious stars from outside the Milky Way have been clocked zooming through the galaxy at 4,300 miles (700 kilometres) per second. Researchers pinpointed the interlopers using data from the ESA’s Gaia satellite, which was used to create this map of the Milky Way in April

Researchers at Leiden University in the Netherlands pinpointed the celestial interlopers using data from the ESA’s Gaia satellite.

The space probe, which tracks the distance and velocity of stars in our galaxy, released its second batch of data on 1.7 billion stars last month.

For seven million of these celestial objects, Gaia measured the velocity at which they were travelling towards or away from Earth.

They calculated that 28 of this group had a more than 50 per cent chance of escaping the Milky Way’s gravitational pull, suggesting they travelled from other galaxies.

‘They are basically flying away forever from the Milky Way,’ Mr Marchetti told New Scientist. 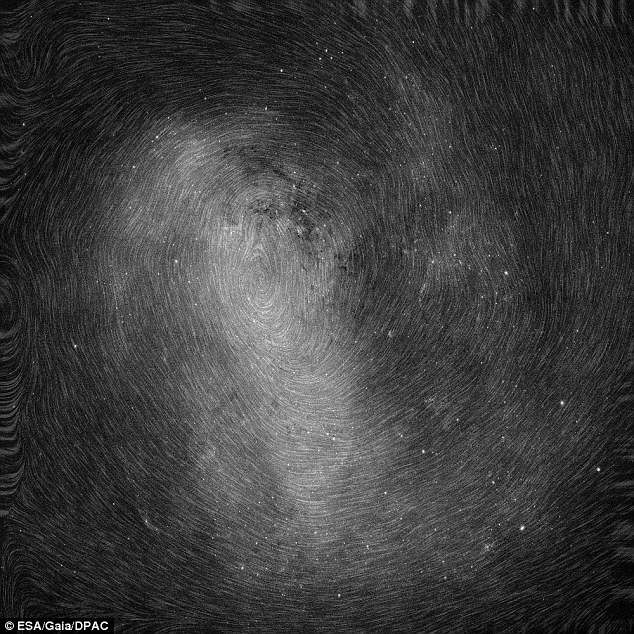 Nearly 30 ‘runaway’ stars were spotted by the ESA’s Gaia satellite and at least two are travelling through the Milky Way. This Gaia image created from the same dataset shows stars within one of the nearest galaxies to out galaxy, the Large Magellanic Cloud, or LMC

A small number of these unbound stars had paths that suggested they were ejected from the centre of the galaxy.

In these cases the enormous gravity of the central massive black hole tore a binary star system apart, sending one of the pair flying through space.

Other stars were tracked to the Milky Way’s stellar disc – the flat part of the spiral galaxy around the central bulge.

WHAT IS THE EUROPEAN SPACE AGENCY’S GAIA PROBE AND WHAT IS DESIGNED TO DO?

Gaia is an ambitious mission to chart a three-dimensional map of our galaxy, the Milky Way, and in the process reveal its composition, formation and evolution.

Gaia has been circling the sun nearly a million miles beyond Earth’s orbit since its launch by the European Space Agency (ESA) in December 2013.

On its journey, the probe has been discreetly snapping pictures of the Milky Way, identifying stars from smaller galaxies long ago swallowed up by our own.

Tens of thousands of previously undetected objects are expected to be discovered by Gaia, including asteroids that may one day threaten Earth, planets circling nearby stars, and exploding supernovas.

Astrophysicists also hope to learn more about the distribution of dark matter, the invisible substance thought to hold the observable universe together.

They also plan to test Albert Einstein’s general theory of relativity by watching how light is deflected by the sun and its planets.

The satellite’s billion-pixel camera, the largest ever in space, is so powerful it would be able to gauge the diameter of a human hair at a distance of 621 miles (1,000 km).

This means nearby stars have been located with unprecedented accuracy.

Gaia maps the position of the Milky Way’s stars in a couple of ways.

It pinpoints the location of the stars but the probe can also plot their movement, by scanning each star about 70 times.

This is what allows scientists to calculate the distance between Earth and each star, which is a crucial measure.

In September 2016, ESA released the first batch of data collected by Gaia, which included information on the brightness and position of over a billion stars.

In April 2018, this was expanded to high-precision measurements of almost 1.7 billion stars.

The likely source of these objects is a binary system in which one star exploded, researchers said.

Reconstructions of speeds and orbits suggest that about half of the 28 high velocity stars have likely originated outside our galaxy. The most intriguing are two stars with velocities in excess of 700 kilometres per second.

The velocities and orbits of half of the 28 high-velocity stars suggested they originated from outside of our galaxy. 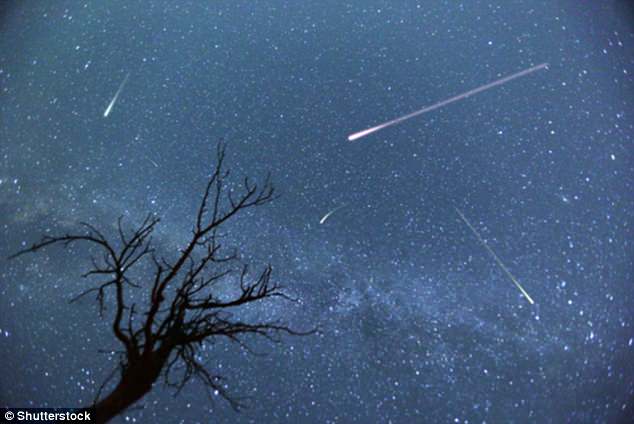 A number of these intergalactic objects were once part of binary star systems that were torn apart, sending the stars rocketing through space (stock image)

At least two of these stars were travelling at speeds in excess of 4,300 miles (700 kilometres) per second, making them ‘certain discoveries’ according to one scientist.

‘They have one object which is traveling towards us. Its radial velocity is minus 600 kilometres per second. That is pretty much a certain discovery,’ Douglas Boubert of Cambridge University, who was not involved in the research, told New Scientist.

‘I’m sure there are people racing to get more data about it from ground based telescopes.’

Mr Boubert added that while these stars are rapid, they’re not even close to the fastest in the galaxy.

He told MailOnline: ‘Stars on these trajectories can reach speeds of 1,200 kilometres per second [2.7 million miles per hour/4.3 million km/h].

‘But the fastest circle around the galaxy’s central black hole. These stars travel at up to 12,000 kilometres per second [27 million miles per hour/43 million km/h].’