Mystery ghost ape species that lived around 400,000 years ago is found

Traces of a mystery ghost ape species that lived around 400,000 years ago is found hidden in the genome of bonobos

Traces of a mystery ape ‘ghost’ species that lived around 400,000 years ago in the forests of central Africa have been found.

There are no remains of the ghost ape but proof it existed has been found in the genome of modern-day bonobos.

Researchers know that this mystery species bred with bonobos – whom they lived alongside for millions of years – and its genes persist in the apes of today. 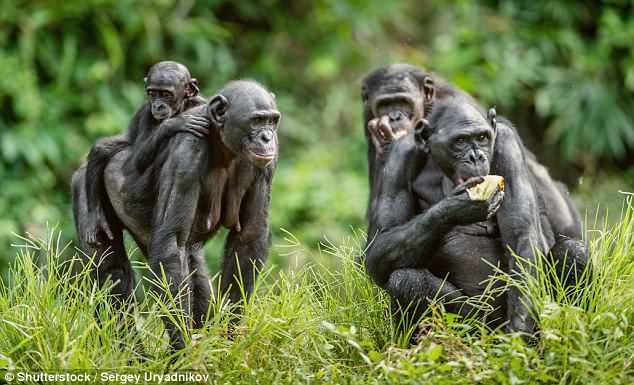 A mystery ape species that lived around 400,000 years ago in the forests of central Africa has been found. There are no physical remains of the ghost ape but proof it existed has been found in the genome of modern-day bonobos (stock image)

It was previously thought that different species were not able to produce fertile offspring with one another.

However, it seems many species have mated over the years – such as grizzly bears and polar bears – and produced fertile offspring.

Researchers looked at the genomes of common chimps and bonobos and found they had once also interbred,according to the New Scientist.

Martin Kuhlwilm from the Institute of Evolutionary Biology in Barcelona compared the genomes of 59 wild chimpanzees and 10 wild bonobos.

He found unusual bits of DNA from a ghost source accounted for around one per cent of their overall genetic information.

Using this data, Dr Kuhlwilm found that this mystery ape split from the common ancestor of chimps and bonobos between three and four million years ago.

‘This means there was once a third species of chimpanzee living in the forests of central Africa’, Dr Kuhlwilm said. 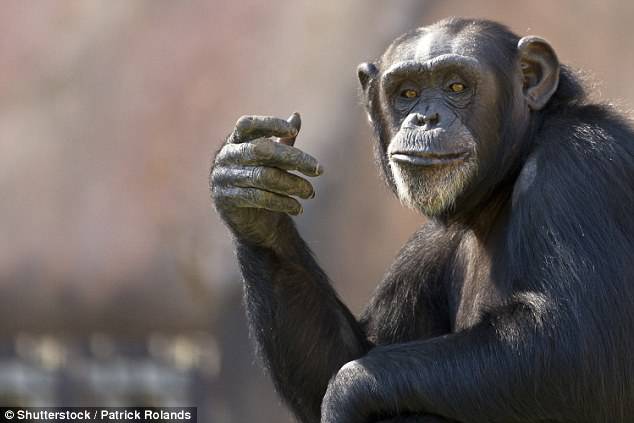 The fragments make up three per cent of the ghost ape’s genome but research still don’t know how much information can be obtained from them.

Dr Kuhlwilm said the ‘odds are low’ for finding new fossils of the species.

Last month researchers revealed the modern-day ancestors of this ghost ape are twice as numerous in West Africa as previously thought.

Prior estimates on gorillas and chimpanzees numbers were based on nest counts taken from isolated areas across the great apes’ habitat range, said the report in the journal Science Advances.

The new count uses mathematical modeling to project likely ape numbers in areas where their nests haven’t been directly surveyed by people.

However, the apes are still endangered and in dire need of protection, an international team of researchers found.

Spanning 59 sites in five countries surveyed over 11 years, it is the most comprehensive and accurate dataset ever compiled on these apes, said one of the lead authors, Fiona Maisels, conservation scientist for the Wildlife Conservation Society.

The results show that western lowland gorillas in western equatorial Africa number nearly 362,000, up from prior estimates of 150,000-250,000 individuals.

WHAT COMMON GESTURES DO BONOBOS AND CHIMPS USE TO COMMUNICATE?

If a bonobo and a chimpanzee were to meet face to face, they could probably understand each other’s gestures, according to new research.

The study shows that chimps and bonobos use gestures in a variety of different situations and for multiple purposes, such as to initiate and change positions during grooming.

Some of the gestures, however, elicit different reactions in chimpanzees and bonobos. Each gesture can have more than one meaning, but the most common of each gesture is listed below: