Skylab may have not been the first space station to escape Earth’s gravity – and it certainly was not the last – but it was a monumental achievement for NASA. Born out of the ashes and leftover parts of the cancelled Apollo Programme, Skylab zipped around the planet with a human crew for about 24 weeks between May 1973 and 1974. During its time in orbit, Skylab was home to three rotating crews – Skylab 2, Skylab 3 and Skylab 4 – the last of which included astronaut Edward Gibson, Gerald “Jerry” Carr and William Pogue.

Speaking to Express.co.uk, Dr Gibson said he was very proud and very happy to have been part of this incredible mission.

Skylab 4 marked the very first spaceflight for all three men, who despite their relative inexperience, held a NASA record for longest human spaceflight for two decades – 84 days in orbit.

The record was only broken four years later by the Soviet Union’s Salyut 6 mission, which lasted 96 days.

By today’s standards, astronauts aboard the International Space Station (ISS) are already inching closer to a complete year in space on a single mission, with NASA’s Scott Kelly presently holding the record at 340 days.

While in orbit, Skylab not only broke new ground for human spaceflight and but also for the sciences.

Dr Gibson, in particular, studied solar physics before launching into space and performed many experiments that up until then could not have been performed on the ground.

Thanks to Skylab, the astronauts made some of the most detailed observations of solar flares and photographed the Comet Kohoutek as it raced through the solar system. 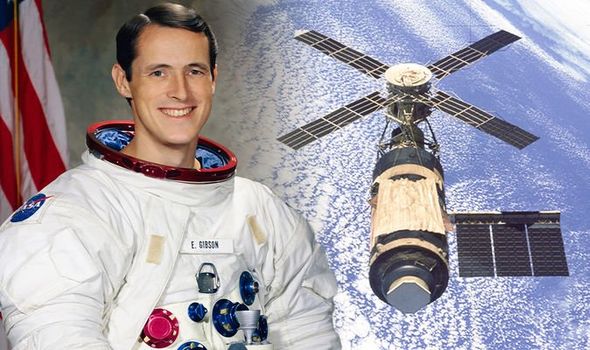 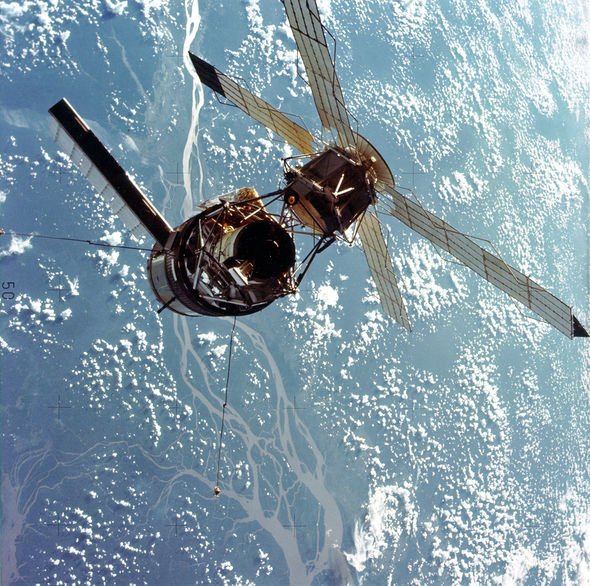 But as all good things must come to an end, so did Skylab 4’s mission, and after 1,214 laps around the planet and more than 34 million miles travelled in the 84 days, the mission’s three astronauts returned to Earth.

As the three men left, Skylab was plugged up and virtually abandoned.

With no new mission expected to follow Skylab 4, there was no certainty what would happen to the orbital lab.

Some at NASA speculated the Russians would take an interest and attempt to rendezvous with and explore the space station.

Eventually, the decision was made to pull the plug on the defunct spacecraft altogether.

Skylab would end its impressive run in the Indian Ocean and parts of Western Australia, plummetting through the atmosphere towards certain death.

A similar fate will await the ISS one day, with plans to safely deorbit the colossal structure into the Pacific Ocean once it is no longer operational. 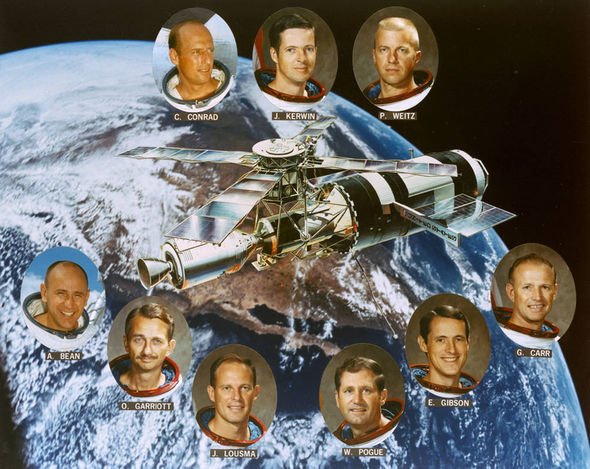 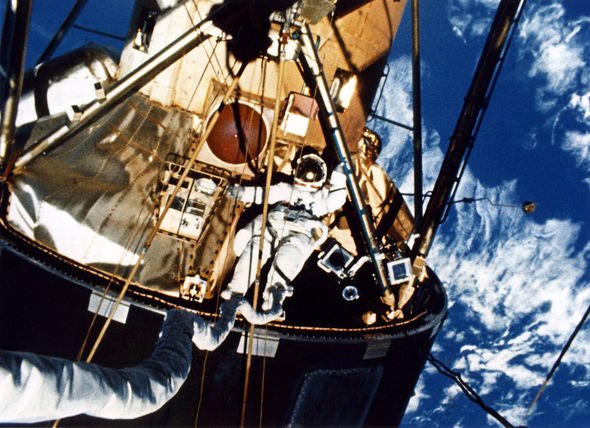 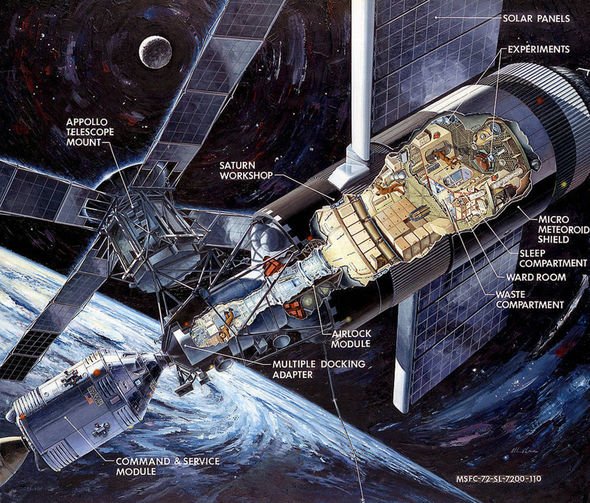 After the end of Skylab 4, the space station gradually drifted closer and closer to the planet until its decaying orbit could no longer escape the clutches of Earth’s gravity.

On July 11, 1979, the doomed spacecraft dived into the atmosphere.

Some ideas were tossed around to potentially save Skylab by boosting the spacecraft’s orbit but with NASA’s iconic Space Shuttle out of the picture for another two years, Skylab’s fate was sealed.

Dr Gibson was there in the mission control room on the day Skylab was crashed into the Earth.

He described the thoughts racing through his head on the day.

On the one hand, he thought, there might have been a sense NASA was about to crash a “monster space station” into Australia – a move that might incur an equally monstrous cleanup bill.

DON’T MISS…
SpaceX: Why is SN15 the next prototype to launch and not SN12? [EXPLAINED]
Elon Musk vows to put a ‘literal Dogecoin’ on the Moon with SpaceX [REPORT]
SpaceX Starship launch: When will SN15 launch? [INSIGHT] 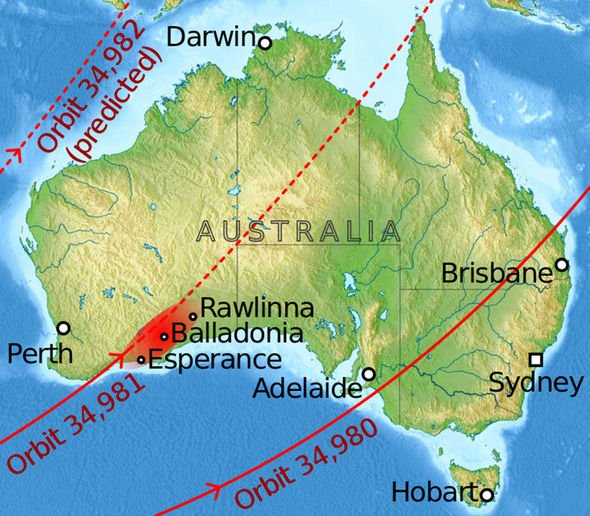 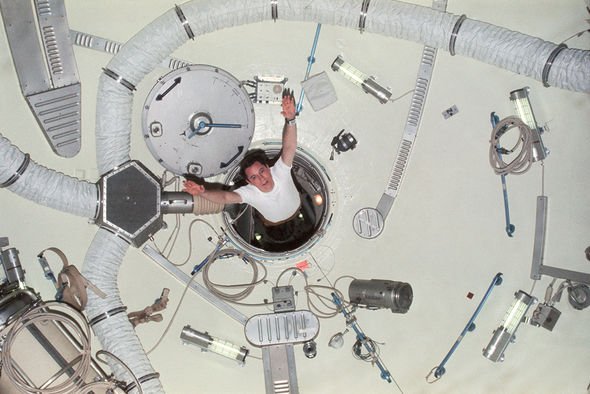 It came down in the right place

On the other hand, he felt the Australians welcomed their colleagues at NASA with open arms to learn as much about the mission as possible.

Dr Gibson said: “Here we are, we’ve got a ‘monster space station’ up there coming down and impacting Australia.

“So we thought we’d get a big bill or a big cleanup bill or something.

“But instead, we’ve got just open arms and real love.

“It’s something we didn’t expect, which was they took us in in a very friendly way and tried to learn as much from it as we did.”

The veteran astronaut added: “We were very happy that it came out that way. We did not get a bill.” 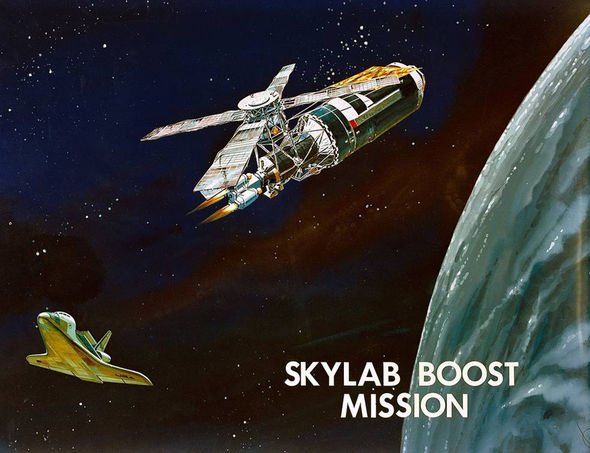 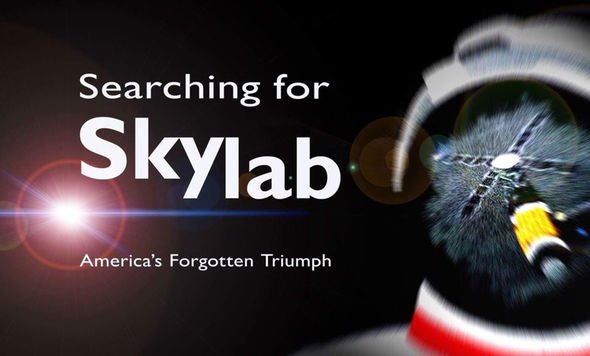 At the same time, there was a very big relief everything went according to plan and Skylab’s debris did not bombard a hapless Australian city.

To put it bluntly, the astronaut said: “It came down in the right place.”

Thanks to NASA’s best efforts, debris from Skylab’s fiery deorbit came raining down over remote parts of Western Australia.

Fragments of the spacecraft are now on display at a number of museums, including the Esperance Municipal Museum in Western Australia.

Skylab 4 was Dr Gibson’s only spaceflight as he retired from NASA shortly after the mission ended.

He briefly returned to the space agency in the 1980s but went on to pursue other opportunities in the private sector.

The astronaut has authored a book on solar physics in 1973, titled The Quiet Sun, as well as two novels in 1989 and 992 respectively.

The incredible story of Skylab is now at the heart of an independent documentary by director Dwight Steven-Boniecki called Searching for Skylab.

The director said: “With Skylab, people wrongly assume that because it crashed into Western Australia, that it was a failure.

“This belies the fact that the three missions carried out on board single-handedly changed the way in which we live on earth.

“Searching for Skylab attempts to shed light on the reasons why and highlights how Skylab was a resounding success.”

The film combines NASA footage restored to incredible, crisp quality with interviews and never-seen-before footage of the mission.

Searching for Skylab is available to rent or buy online.