The US space agency has revealed it will be announcing an “exciting new discovery” about the Moon in a press conference next Monday. No specific details have been given about the discovery, but it has been made by the Stratospheric Observatory for Infrared Astronomy (SOFIA). The modified Boeing 747SP carries a 2.7-metre reflecting telescope at heights of between 38,000 and 45,000 feet, allowing astronomers to study the Solar System and beyond in ways that are not possible with ground-based telescopes.

In a statement, the space agency said: “This new discovery contributes to NASA’s efforts to learn about the Moon in support of deep space exploration.

“Under NASA’s Artemis programme, the agency will send the first woman and next man to the lunar surface in 2024 to prepare for our next giant leap – a human exploration of Mars as early as the 2030s.”

That may not be possible under a Democratic-led government.

Mr Biden served as Vice President to Barack Obama – who was a strong supporter of putting humans on Mars – so many assumed he would shift NASA’s focus back to the Red Planet. 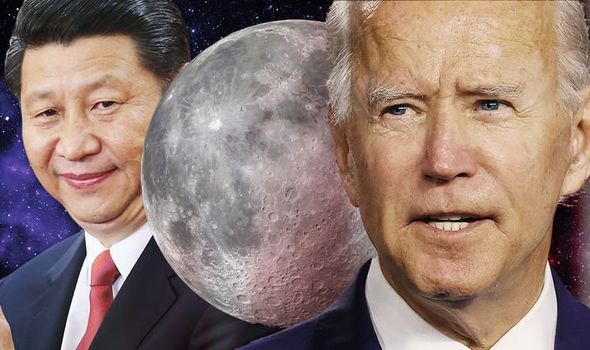 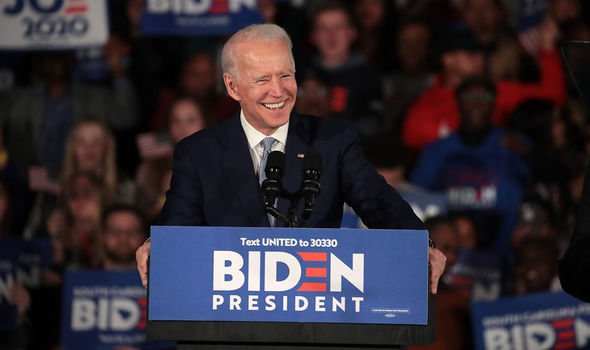 However, the Biden campaign has released almost no details about space exploration, except announcing in August: “We support NASA’s work to return Americans to the Moon and go beyond to Mars, taking the next step in exploring our solar system.”

With this endorsement, it seems highly unlikely Mr Biden would cancel Artemis, but that does not mean the plans will stay totally intact.

In March 2019, Vice President Mike Pence announced NASA would put astronauts back on the Moon within five years, but the Space Launch System is still unfinished and the lunar space station is behind schedule.

The space agency has not selected a lander either, with several private companies vying to have their proposed concepts selected.

What is more likely could be a decision to push the timeline back a few years. 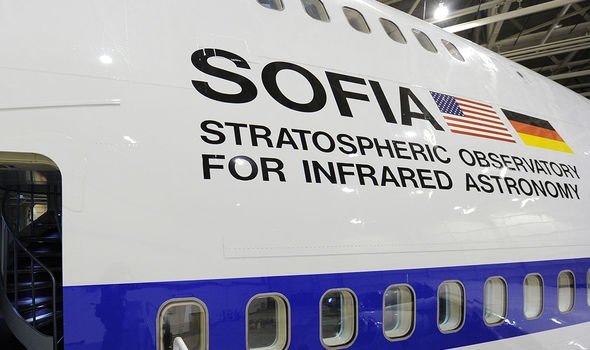 In January, the Democratic leadership for the House Science Committee put forward a bill for the ‘2020 NASA Authorisation Act’ that would reschedule an Artemis crewed landing for “no later than 2028”.

It would also direct NASA to develop its own lunar lander instead of using one built and developed privately, and would require the lander to run through at least two flight tests before being used for a human mission.

It also called for NASA to follow up with a crewed Mars orbit mission as early as 2033.

Congresswoman Kendra Horn said: “Let me be crystal clear – this bill is not about rejecting the Artemis programme or delaying humans on the Moon until 2028.

“NASA can still work to safely get there sooner.” 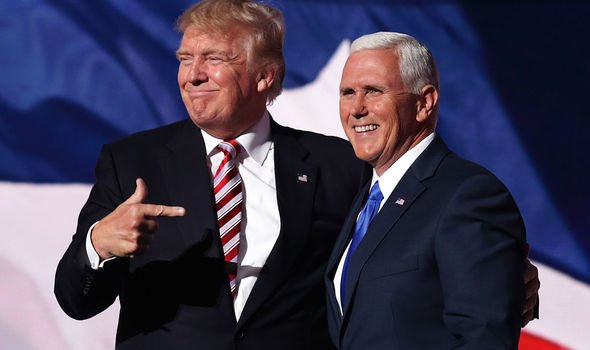 Despite this, it came with criticism as it did not outline any new funding to explicitly enable the mission to Mars after the 2028 landing.

He said: “After years of me and so many others urging NASA to get out of [low-Earth orbit] and go back to the Moon and this time to stay, it would be too much to bear to now watch at close range it being ruined by a Mars fantasy, probably while other nations make a lunar land rush.”

And NASA administrator Jim Bridenstine has raised concerns that shrinking the role of public-private partnerships would restrict the sort of flexibility that could actually allow NASA to find technologies necessary for returning to the Moon on schedule.

In July, China launched its most ambitious space mission, with a trio consisting of an orbiter, lander, and rover loaded onto a massive rocket that is heading to Mars. 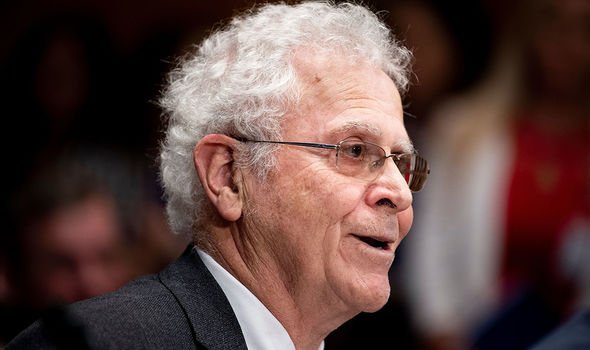 The mission is an impressive scientific feat, one that is in line with Chinese Communist Party leader Xi Jinping’s push to define China as a conquering superpower in space.

When the rocket nears its destination, it will release the orbiter to scan and map Mars from above, while the lander will carry the rover to the planet’s surface.

If everything goes according to plan, China will be the second nation to successfully place an operational robot on Martian soil. 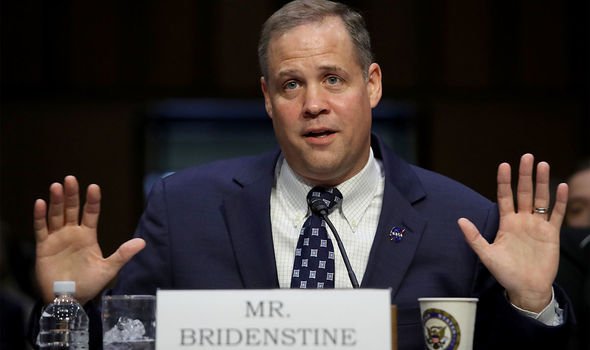 According to reports, it will mirror Beijing’s plan for the South China Sea and “occupy the Moon and Mars at any cost”.

Speaking at the CCP’s annual plenary session in Beijing, he said: “The universe is an ocean, the Moon is the Diaoyu Islands, Mars is Huangyan Island.

“If we do not go there now even though we can, then we will be blamed by our descendants.

“If others go there, then they will take over, and you will not be able to go even if you want to. This is reason enough.”

NASA also launched its Perseverance Rover the same month and it will land on Mars on February 18, 2021, as part of the US space agency’s Mars 2020 mission.

It is the most advanced probe ever sent to Mars and will help to determine whether the planet was once habitable, before collecting key data to help NASA prepare for future human missions to the planet. 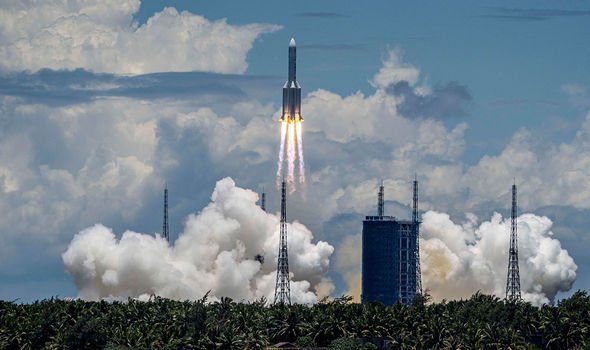 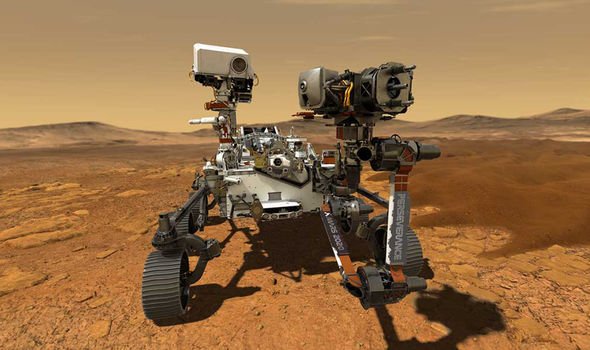 US President Donald Trump has been the driving force behind the recent push for space.

He has made his policy clear – a programme to return astronauts to the Moon and eventually send them to Mars and he has also established a new branch of the military – the Space Force – to protect US assets in the cosmos.

Professor of Public International Law at the University of Reading, James Green, explained why he believes Mr Trump’s reelection is key for future NASA plans.

He told Express.co.uk: “It is true that the US has recently set out a very ambitious agenda for space exploration going well beyond anything that has been suggested since the first Space Race.

“And I think China is reacting to that on the political level by ramping up their own rhetoric and capabilities.

“But how far the US position will be maintained beyond Trump’s presidency, I’m not certain.

“I can see this sliding away quite quickly after he’s out of office, because to some extent Trump is the driving force, and China is just reacting to that for now.”