A bizarre UFO sighting from the International Space Station (ISS) has sparked a frenzy online. Cameras onboard the ISS captured a white orb that appears to be moving in the distance. The UFO could be seen for more than forty minutes during the live video – but “strangely, there was no audio chat” during the stream.

In the footage, the UFO can be seen moving upwards, past the ISS, before suddenly fading away.

The UFO is round and appears to be moving rapidly – approximately 27,000 km per hour according to Scott Waring, from UFO Sightings Daily.

The footage was uploaded by Mr Waring, who said: “The total time was about 40+ min but I sped up the video 4X to save you time.

“Strange that it matches speeds with the ISS. Also, strange there was no audio chat.” 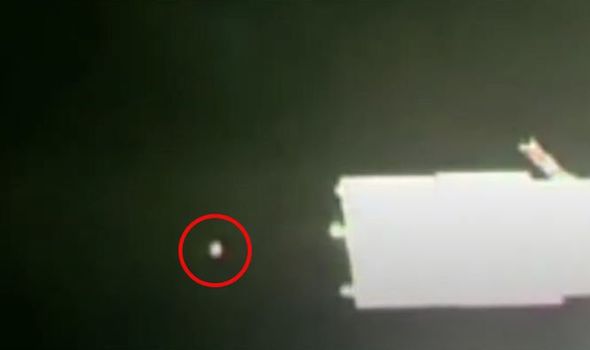 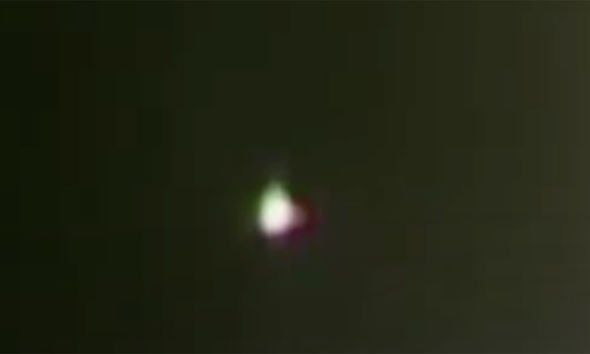 This raised questions over whether the typical ISS audio over the stream had been removed.

Mr Waring added: “It seems that aliens are stepping up their activity and sightings for some unknown reason. Something big is coming I bet.”

Viewers of the video remarked that it was “definitely a UFO”.

One person said: “Wow great video Scott. I have a feeling the astronauts onboard the Space Station have gotten use to see these crafts.”

Another noted: “I just can’t believe that the feed wasn’t cut.” 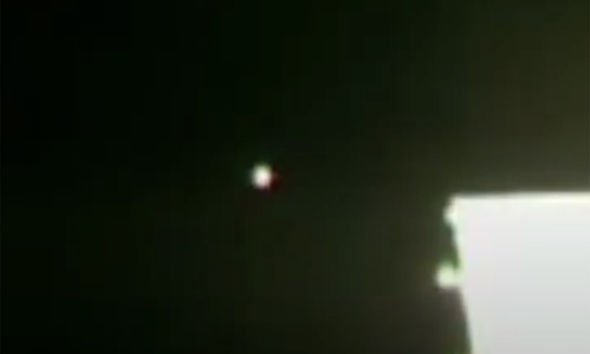 One UFO enthusiast added: “It seems to be following the station whilst maintaining broadly similar position.

“Doesn’t look like a small item, a close up might reveal more detail. No info on how it came into view.”

However, others were more skeptical about the white bright orb, claiming it could have been a meteor or satellite. 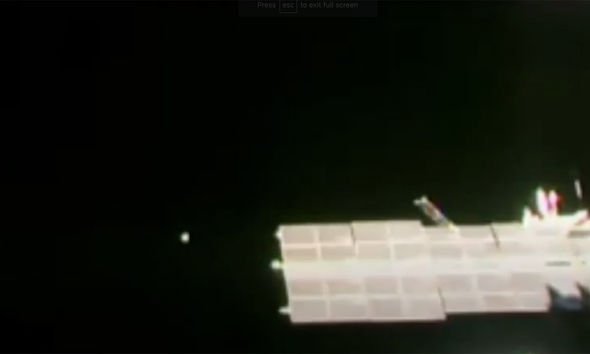 This comes after a similar UFO sighting was recorded by a Russian cosmonaut currently orbiting the Earth aboard the ISS.

In August, Ivan Vagner posted footage of potential UFOs while recording video of the southern lights.

Posting footage of the bizarre lights, he tweeted: “Space guests, or how I filmed the new time-lapse.”

The objects appear as a string of lights arranged in a clear, angled line in the video.

Mr Vagner says he flagged the video which is currently being examined by experts at the Space Research Institute of the Russian Academy of Sciences.